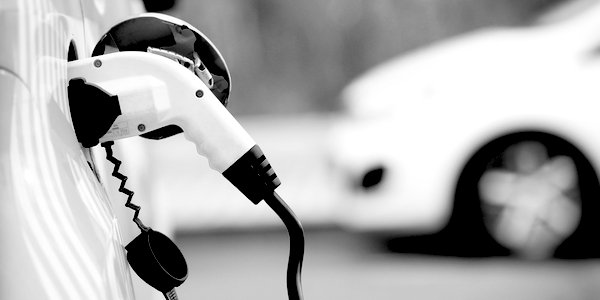 I HAVE never been a great fan of Grant Shapps, and his latest outpouring on the roll-out of electric car chargers does little to change my opinion. Our Transport Secretary is pleased that there are now as many electric vehicle chargers in the UK as petrol stations and states: ‘Actually electric cars don’t emit any CO2.’

Oh dear; like so many of the current crop of politicians he is unable to identify the relevant number or the correct fact. Allow me to explain.

An electric vehicle charger refuels one or two electric cars at a time, a process that takes about four hours (it varies widely depending upon car, charger etc.) By contrast, a petrol station deals with ten or even more cars at a time, and refuels each in about five minutes. Do the maths, and one petrol station is equivalent to around 240 car chargers in refuelling capacity.

While it is true that electric cars don’t emit exhaust (unless they’re hybrids) the electricity has to be generated somewhere. As it happens I have been looking at UK energy in some detail (to prevent a Brexit-induced loss of the will to live) and have the data. In 2018, according to Ofgem data, 49 per cent of our electricity came from zero-carbon sources (wind, solar, bio-energy, nuclear and hydro). The rest involved burning hydrocarbons. Net result, again from government data, is that a medium-size battery car has a carbon footprint of about 0.09 kg/mile. While this is better than the 0.28 kg/mile for a diesel car, it is far from zero.

It gets worse. In 2018 road transport consumed 481 terawatt hours of energy. All the electrical generation in the UK produced a total of 324 terawatt hours, and we had to import another 19 from Europe. So if we want both electric cars and the rest of our electrical demand to be fulfilled, we need to increase our generation capacity by 150 per cent. The current UK generation capacity is approximately 38 gigawatts, so we would need another 57GW, which is equivalent to another 35 Sizewell C power stations – or tens of thousands of wind turbines. None of this is even mooted, although it is an obvious deduction from the Maybot’s valedictory commitment to a zero-carbon economy.

Of course, one way to solve the emissions of road transport would be to make public transport more widely available and more reliable. Instead, this government is still pursuing HS2, to deliver passengers to Birmingham at the ludicrous speed of 250 miles per hour and a cost that, like so many other government projects, is out of control. The most recent figure I have seen is £85billion.

As well as a looming financial disaster, making trains (or anything else) go twice as fast is an environmental disaster. The simple physics is that the power required to move a train is related to the cube of the velocity; making it go twice as fast requires 8 times (2 x 2 x 2) the power. If we want to be carbon neutral (and we must) then this lame duck, red herring of a white elephant needs to be cancelled, and the money put to making existing trains carry more (longer trains and, where necessary, longer platforms: £50billion buys a lot of carriages and platform extensions).

Sadly, while we have politicians who prefer soundbites to engineering this is not going to happen. But on the upside, Shapps was a Remainer (although post-referendum he saw the light of the oncoming express train) so he may well not survive the next election.