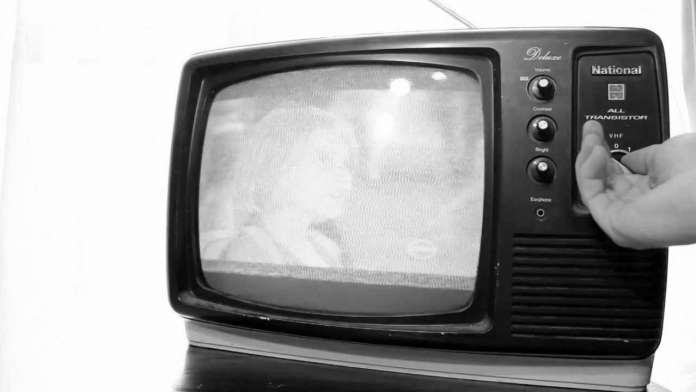 Last Sunday’s Guardian carried an article, What I learned in four years at the head of arts, by Sir Peter Bazalgette. Rather than reflections on his tenure as chairman of the National Council of Arts England, the State-appointed body charged ‘to champion and develop art and of culture’ across England, the article turned out to be a puff piece for his latest book The Empathy Instinct: How To Create A More Civil Society.

Sir Peter being the creator of such intellectual and cultural masterpieces as Big Brother, a celebration of all that is worst in British life, was knighted in 2012 for services to broadcasting. Bazalgette is known as the father of reality television. Victor Lewis-Smith, television critic of the London Evening Standard, is of the opinion that he has ‘done more to debase television over the past decade than anyone else’. It could be argued that having legitimised the asinine and profanity larded behaviour of B-list celebrities, he debased more than television.

Nevertheless his latest book is written to teach us ‘lessons for kinder health and social care, more effective criminal justice, the combating of racism and religious intolerance and for tackling the downsides of our new, digital world’. And he wants to tell us how this ‘relates to arts and culture’.

Sir Peter’s views are important. Until the end of this month he still heads Arts Council England which, in the next three years, will dispense £1.1 billion of taxpayer’s money and £700 million from the National Lottery ‘to help create great art and culture for everyone, everywhere’.

Bazalgette, after reviewing the latest in psychological and neurological studies comes to the hardly surprising conclusion that ‘arts and popular culture, with their stories about the human condition are, if you like, the empathy gymnasium… If you can see things from someone else’s point of view, then you can go on to act compassionately towards them’.

It also works the other way, the empathy which works to bring us into sympathy with our friends also provokes feelings of hostility towards outsiders. This explains, according to Bazalgette, why ‘The Brexit referendum seemed to result in an outbreak of overt racism – both online and on our streets – which shocked Leavers and Remainers alike’.

So, we read Oliver Twist and feel sympathetic to mistreated orphans and antipathy towards bumbling parish officials and exploitative gang masters. Hardly ground-breaking insights. It becomes interesting when placed alongside another article on the same entrance page of the Guardian website.

In The real secret of Chinese internet censorship? Distraction, John Naughton makes the claim that the only government that really understands the internet is that of China. The Chinese government want to turn China into a modern superpower. To do this they badly need the internet. However, they definitely do not want those pesky things the internet opens up; free speech and exchange of opinions, human rights, governmental transparency, accountability and the like.

The usual assumption is that China counters these dangers by policing the internet. It is true that sites are taken down. Those advocating Falun Gong, pornography and democracy do have a short shelf life. This does not mean that the Chinese internet is a place of cowed and fearful students sitting in basements pecking away at keyboards. Naughton claims the Chinese internet is as ‘raucous and chaotic’ as everywhere else.

Knowing their own history, the Communist leadership ensure that what is taken down in China is anything that might incite to collective action, even when posts favour the government. You can say what you like, as long as it doesn’t encourage people to ‘do something about it’ whatever it is.

To ensure this doesn’t happen there is the creation of the 50c army. These are the thousands of bloggers and social media users who churn out comments at 50 cents a pop, an estimated 448 million such comments per year. The purpose of these comments is not to argue with critics of the party, or even discuss controversial issues at all. The purpose is to change the subject and distract internet users.

In the West, we too have our distractions which are so much more attractive than actually getting up to ‘do something about it’. Reality television is not only cheap to produce it efficiently distracts us from reality and creates empathy for representatives of some of the worst aspects of modern Britain. The crudeness of Big Brother and the bitchiness of the judges on talent shows are reflections of modern Britain, they also legitimise and deepen the acceptance of such behaviour.

As the late Andrew Breitbart told us ‘Politics is downstream from culture’. People generally put more of their hearts and free time into cultural pursuits – from mass media consumption to churches, schools, football teams, etc. – than political ones. The attitudes that pervade the larger spaces of our lives shape the smaller ones.

In the meantime, our tax money is used to ‘invest in civil society’ by what the Arts Council calls the creation of ‘empathetic citizens’. The briefest look at what is produced tells us who and what we are meant to empathise with, and it’s not a Western civilisation based on 2,000 years of Christianity.

Whether it is popular mass-produced culture or high art Sir Peter, activist for progressivism, can both have his cake and eat it. Who is to blame? We are. We who watch lowest common denominator television and purchase the goods advertised by it. We who allow our taxes to be used to manipulate us. We are.

Campbell lives in Stirlingshire and blogs at A Grain of Sand where he looks at the Church and the world and wonders where it all went wrong.