C of E dives down the trans rabbit hole 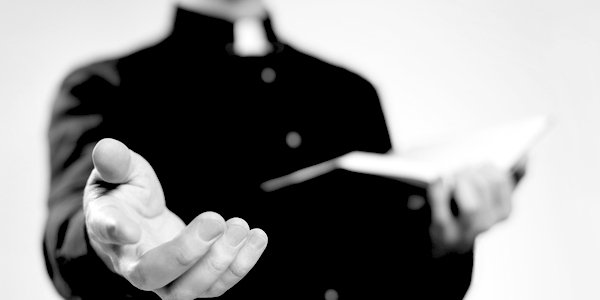 Well, there we have it. The good ship Church of England has just signed itself up as a full-throated supporter of the trans movement. On Tuesday the House of Bishops issued formal guidance (which is pretty much mandatory) on how parish priests can (read ‘should’) use the Affirmation of Baptism service to celebrate a person’s gender transition.

A sample: ‘For a trans person to be addressed liturgically by the minister for the first time by their chosen name may be a powerful moment in the service.’ Oh dear.

It’s not as though we didn’t see it coming. The steady creep of the mould of progressivism has been wearing down the biblically faithful in the Church for some time. But while same-sex marriage has been held up by clear biblical prohibitions on same-sex activity and the politics around that, trans affirmation has slipped in quietly round the side. The problem, you see, is that while the ancient world was very familiar with men who had their eye on other men, especially of the youthful kind, it is only recently that humanity has started to take much notice of those who aren’t sure there wasn’t a mix-up in the gender factory. So when the Bible says ‘man’ or ‘woman’ it is up for grabs whether it is referring to the normal biological fact of sex, or to something more subjective and psychological. We’re in Humpty Dumpty territory at this point, with words being made to mean exactly what people want them to mean with no connection at all to truth and accuracy.

It goes without saying that this is a highly regrettable move. The trans movement is controversial even in secular culture, with its violent and censorious thugs closing down debate wherever they can, its anti-science and anti-biology outlook, and its negative impact on women’s safety and women’s sports. The medical benefits of transitioning are also highly dubious and disputed, particularly as sex is coded in chromosomes and immutable, whatever might be done externally or surgically. Of course anyone genuinely suffering with gender dysphoria needs our compassion and pastoral support, though not in any way which normalises the situation. But for the Church to sign up to what has become a faddish craze at this point seems unwise, if nothing else. Certainly it will do nothing to help the Church of England retain its faithful Bible-believing members, who typically form the largest and most successful churches.

It is also the latest step to the Church’s full-on embrace of postmodern sexuality and gender theory. The guidance puts the Church of England for the moment in the bizarre position of sanctioning the use of one of its most sacred rites to endorse trans identities, but refusing to do anything similar to endorse gay identities. This position is philosophically incoherent and theologically untenable, since both same-sex marriage and transgender transition flow from the same faulty anthropology, one which repudiates the biblical doctrine of creation and its concept of humanity as created male and female. ‘T’ is part of ‘LGBT’ after all – these are not unconnected matters or movements. It is not logically or politically sustainable to affirm trans identifies while denying gay identities, and it is little surprise that no other church or denomination in the world has attempted it.

It is not clear that the bishops had intended to end up here. When General Synod requested this liturgy last year the bishops said they would not be producing liturgy for gender transition services. Yet that is exactly what we now have. The bishop in charge of the production of the guidance, Julian Henderson, Bishop of Blackburn, actually voted against the motion when it emerged in his own diocese. Yet now he says: ‘This new guidance provides an opportunity, rooted in scripture, to enable trans people . . . to mark their transition . . . We commend it for wider use.’ Furthermore, Bishop Julian is currently president of the Church of England Evangelical Council (CEEC), the main Evangelical body in the Church and at the forefront of resistance to same-sex marriage. Quite what members of this body are going to make of his leading role in this highly contentious guidance remains to be seen, but there have already been calls for his resignation. Yet, to add to the confusion, at the weekend the officers of the CEEC – including Bishop Julian himself – issued a robust response criticising the guidance and demanding clarification. Only in the Looking Glass world of the Church of England could the same senior cleric head the production of controversial guidance and then lead the criticism of it as well!

There have also been calls from members of General Synod and Archbishops’ Council for urgent clarification of the nature of the guidance and its impact on the formal teaching of the Church on matters of sexuality and gender. Prominent General Synod member and biblical scholar Ian Paul has warned that the bishops risk looking ‘incompetent, incoherent or duplicitous’, observing that the guidance appears to misread scripture badly, and ‘overlays on the scriptural narrative a particular ideology of sex identity’.

If Church of England bishops care about the integrity of their Church’s teaching in this area – and are not either hopeless liberals or complacent company men – then they will withdraw this guidance without delay, and make some moves to reassure their flock that the Church of England hasn’t yet begun its transition to Wonderland. Wait – is that a white rabbit I see, anxiously glancing at his pocket watch? Perhaps it really is too late.