NewsPaperthe art of publishing
Home News Britain, alone in Europe, has failed to convict anyone for FGM. The...
0

Britain, alone in Europe, has failed to convict anyone for FGM. The law must be changed. 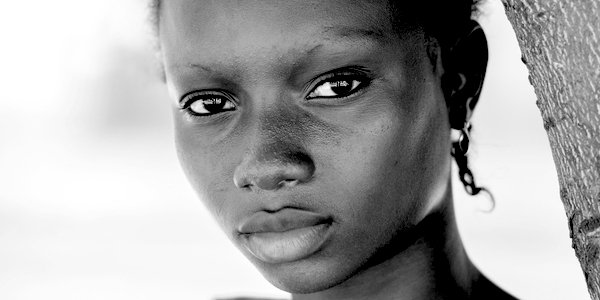 Earlier this month a London solicitor was accused of organising for FGM to be carried out on his daughter aged nine, arranging for someone to cut her with a razor. The daughter, now 16, said she had been subjected to the practice twice between 2010 and 2013. On each occasion, she claimed, she was made to lie on a mat in the hall of her home, naked from the waist down. She could not identify the cutter but says her father was ‘egging the person on’.

She made the allegation to a friend whose mother contacted ChildLine. Last week, after six hours, an Old Bailey jury found the defendant not guilty of two counts of FGM, two alternative counts of wounding with intent and three counts of cruelty to a child.

Last month the trial of a Somali taxi-driver at Bristol Crown Court collapsed. He was accused of allowing his six-year-old daughter to have FGM. He came to court after a worker for the Bristol-based youth charity, Integrate UK, claimed the man had told him during a taxi journey that his daughter had undergone ‘a small procedure’.

Two months later the girl was examined by a paediatrician who reported a small lesion. She was seen again nine weeks later by a gynaecologist, who could find nothing. The trial judge agreed with the defence team that the man had no case to answer.

In Britain FGM is often conducted secretly in healthcare facilities such as dental surgeries. In 2013 Somali-born dentist Omar Addow from Birmingham was struck off by the General Dental Council for offering FGM for two girls aged ten and thirteen. He could have received a prison sentence of fourteen years but his case never went to court.

In November 2012, a doctor from Somalia was accused of committing FGM by stitching a mother after the birth of her first child at the Whittington hospital in London. He was acquitted.

FGM was criminalised in the UK in 1985 but until 2010 not a single case-file was passed to the Crown Prosecution Service. In 2013 the former Director of Public Prosecutions Keir Starmer said: ‘We waited for a victim to walk through the door of the police station, which was never going to happen.’

Lisa Zimmermann, the director of Integrate UK, said it was shameful that there had not been a successful FGM prosecution in the UK. She also said the case had been brought under child cruelty rather than specific FGM legislation. After nearly forty years on the books, it seems that FGM law is so useless it’s not even being applied.

Britain, alone in Europe, has failed to bring any successful prosecutions. France and the UK host the largest migrant communities from countries that practise FGM. France uses the highest criminal court to penalise offenders, holding twenty-nine trials and achieving one hundred convictions between 1979 and 2004. There have been six prosecutions in Spain. In 2008 two parents were jailed for six years for sending a child to the Gambia for cutting. In 2011 a Gambian father got six years, his wife two, for cutting their child before they settled in Spain. In Italy, in 2006, a Nigerian woman was caught just as she was about to cut a twenty-day old baby and fined 300 euros. In 2013 the Italian courts prosecuted Nigerian parents for cutting their two girls, born in Europe, while they were on their way back to Nigeria.

In 2006 the Swedish courts sent a mother to prison for three years for cutting, accusing her of ‘neglect of care’. Denmark has had similar prosecutions. In Switzerland, in 2008, a Somali couple were prosecuted for getting a Somali doctor to cut their two-year-old. They received suspended sentences. In Holland, where health professionals are not bound to report cases, in 2008 a Moroccan man was convicted of child abuse after cutting his daughter’s genitals with a large pair of kitchen scissors. Austria and Finland have also brought prosecutions.

After the collapse of the trial last week, Leethen Bartholomew, head of the National FGM Centre, which is run by Barnardo’s and the Local Government Association, said: ‘While we respect the decision of the jury today it is important to remember that someone did carry out FGM on the victim almost a decade ago.

‘Education is key, including working with girls and their families, raising awareness in schools and communities, and training professionals like social workers and teachers to spot girls at risk of FGM and know how to report it.’

The only solution being practised in the UK is that idea of ‘education’. That is apparently the gentle British way, nudging rather than forcing anyone on the issue. But the government’s attitude even to that method is suspect. Three years ago Mrs May, as Home Secretary, pledged £35million to eradicate FGM abroad, but only a measly £1million to tackling the problem at home.

Research in 2013 by Dr Susan Costello, a senior lecturer in social work at Melbourne University, showed that ‘welfare professionals can overlook risks for children from refugee and migrant communities out of culturally relativist fears of being seen as racist, which can impair their judgment about appropriate interventions’.

Health professionals also worry about patient confidentiality. UK hospitals report a mere 5 per cent of FGM cases to the police or local authorities. But under the Serious Crime Act of 2015 all health professionals, social workers and teachers are allowed breaches of confidentiality and are obliged to report suspicions of FGM to the police. They just don’t do it. Britain is still steeped in the ethos which produced the doctrine of ‘Culturally Appropriate Care’ with the appropriate acronym CAC.

Perhaps British law is just too cumbersome. It can be seen from Europe that a specific law for the issue is not needed; children can be protected by a nuanced approach using laws on abuse, neglect, and abandonment.

This is one area where European law has bettered ours. It may be time for the British Government to show its sincere determination to tackle the issue by framing more subtle and effective legislation. What we have now certainly isn’t working.