Bring on Melania the magnificent 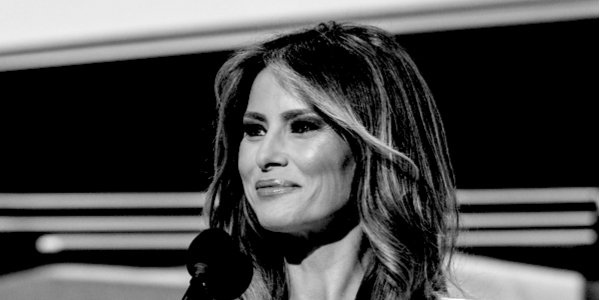 When Saint Barack Obama was in the White House, the mainstream media over here fed us a non-stop diet of his feminist, social justice warrior wife Michelle. Not only could she do no wrong – and she put certainly put herself ‘out there’ from day one in the media as an active part of the Presidential team – but she was wonderful and lauded. Michelle was beyond criticism.

Enter Trump on to the political stage and it’s a different story with his wife Melania, on whose modelling career rather than her modesty and absence of attention-seeking the media prefer to dwell.

The fact that she is the most glamorous First Lady ever seems to have passed them by. Yes, ever; not since Jackie Kennedy (just compare their looks), for all the aura built around her, but ever. If the media have anything to write it’s to query her reasons for sticking with the man they love to hate – the Donald. Or to suggest that she’s really living a separate life. Questions, strangely, that are rarely directed at that other former First Lady, Hillary Clinton.

In response to the prowling jackals, Melania has kept her counsel and stayed discreet and low-key – ‘calm, cool and collected, a model of patient dignity’, as Roger Kimball wrote in the Spectator a couple of weeks ago.

In recent months she has raised her profile, and on her solo Africa tour last month she gave her first sit-down interview to Tom Llamas of the American TV network ABC, which was run as a four-part series.

I don’t recall seeing it over here. So over the next few days we are giving you a chance to see the Melania the British media chooses not to show us.

Llamas begins with the question: ‘Melania Trump is . . . ?’ She replies: ‘A mother, a wife, a daughter, a sister, a friend, the First Lady of the United States, caring, compassionate, strong, independent, very detail oriented, and staying true to herself.’

Impressive. The rest of her interview bears that out, as you can see for yourself.