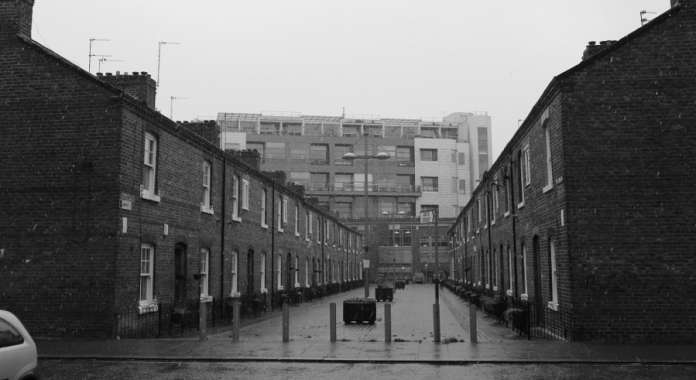 Tenancy deposit reform in privately rented homes presents a profound opportunity to improve the lives of Britain’s growing army of renters whilst simultaneously releasing a significant amount of money into the British economy for any government bold enough to grasp it. It is hard to imagine any other policy offering as many tangible benefits – also encompassing the prevention of crime and enhanced asset protection for investors – which can be delivered at almost no cost to the Exchequer.

Over £3 billion of funds, generated from the housing markets rental sector across the United Kingdom, are effectively frozen. These inert deposits could be used to stimulate investment in new homes and help to solve the country’s acute housing crisis. Instead, due to unreformed legislation passed by the last Labour government, the money sits in a number of agents, landlords, and custodial accounts, earning little or no return, but subject to the risk of contentious disputes, fraud and theft. This helps nobody – neither landlords, tenants nor the homeless and the excessive transaction costs imposed by the system reduces the efficiency of agents in matching the supply of and demand of rented accommodation.

The Government plans to build an average of 200,000 new homes until 2020. This commitment was set down in 2015 and was reconfirmed in the 2017 Conservative Party manifesto. Much attention has been focused on the constraints holding back progress on this programme: the county’s sclerotic planning system, the stock-piling of suitable sites by builders and, of course, the all too important question of finance. In order to mobilise resources and to encourage local authorities to play a major role in raising the supply of homes by building affordable rented accommodation, the Government has made available an additional £300 million in borrowing through the Housing Revenue Account, but this is only one tenth of the unleveraged funds sitting in idle cash balances.

These funds have been accumulating as a result of the 2004 Housing Act which made tenancy deposit schemes mandatory in England and Wales, a practice that has been adopted later in Scotland and Northern Ireland. Under the legislation which came into force in 2007, any landlord or letting agent who takes a deposit for an assured shorthold tenancy must protect the deposit under the authorised tenancy deposit scheme which allows two models: Custodial or Insurance Based.

Under custodial deposits, which account for around £1.4 billion of total deposits, tenant’s funds are transferred over to a government-authorised deposit schemes, such as the Tenancy Deposit Scheme or My Deposits, until the end of the tenancy, which then returns undisputed sums of money to them.

Under insurance based schemes, currently accounting for a sum of around £2.3 billion, letting agents hold onto the deposit money and in many cases any interest payments, in segregated accounts which can be accessed by the agent or landlord, but not the tenant, at any time. Not only is this unfair given the relative bargaining power of the parties – only potential tenants not landlords nor their agents are subject to credit and reliability audits, but the sums held, usually 1 to 1.5 times the monthly rental figure, are large in relation to the precautionary savings of the tenant. Research by the University of Bristol has discovered that 33 per cent of private renters have less than £100 in the bank, compared to 14 per cent of mortgage holders.

Furthermore, rogue landlords and letting agents were convicted of stealing more than £1 million of tenancy deposits in 2016, with 2017 convictions already totalling more than £500,000. With little meaningful or effective oversight of these client accounts, the true scale of theft may in fact be significantly higher. In addition, anecdotal evidence suggests many otherwise upstanding agencies routinely misappropriate money held in deposit accounts for day-to-day business expenditure, even if this money is ultimately accounted for and replaced – with implications for the very liquidity of those businesses should this backdoor revenue stream be closed. It is estimated that an average small agent would be managing around 200 properties, which account for around £300,000 of tenant’s money, depending on the part of the country in which they operate.

Tenancy deposit reform also offers significant benefits to Britain’s 9 million private renters – a demographic now encompassing 20 per cent of the population and with the potential decisively to influence the outcome of parliamentary elections in at least 93 constituencies. The proportion of households living in the private rented sector has more than doubled in the past decade.

In the first instance, deposit-free renting will save the average renter between £901 and £1352 for an average UK tenancy – rising to between £1572 and £2358 for renters in London. The policy also has the potential to improve living conditions in rented properties too, with many of the most successful deposit-free renting solutions currently operating having repairs and maintenance operations delivered by a third party. Not only are these operators available 24 hours a day, 365 days a year in a way traditional landlords and their agents are not, it is they – an independent third party – who will ultimately decide if work is necessary, removing the possibility of any landlord evading their responsibilities to their tenants.

The rationale for the 2004 legislation and for these schemes was to mitigate the relatively small risk that tenants damage landlords’ properties and to ensure that landlords’ transaction costs are reduced in such a way as to ensure an adequate supply of private rental accommodation. On average, only around 2-3 per cent of tenancies end in dispute so the last Labour government’s regulatory scheme has created an unwieldy sledgehammer to crack a very small nut.

There has to be a better and more efficient way and there is by using insurance. Landlord insurance provides property investors with much more comprehensive protection against damage or non-payment of rent than deposit protection especially with the inherent risk pooling possibilities of insurance markets. One large landlord, Get Living, is scrapping security deposit requirements from 14 June 2017 for new residents and is also returning security deposits to current residents, in a move that will see around £3 million released back into the UK economy.

A completely deposit-free system will release funds into the economy, but these are more likely to be funnelled into consumer expenditure and a widening current account deficit. What the United Kingdom really needs post-Brexit is higher savings and investment. Rising property values are reducing the effective demand for rentals by raising the bar required to make a deposit while making it almost impossible for those with tenancies to save enough money to eventually exit the rental sector and purchase their own homes.

Not only does this perpetuate intergenerational inequalities, but it works against the Government’s policies to both stimulate the building of new homes while facilitating an efficient and dynamic private rental sector. The current mandatory deposit scheme if replaced with mandatory insurance policies, shared between landlord and tenant, will be based on a truer assessment of the relative risks borne by both parties. But it is possible to think more boldly. Replacing lump sum tenancy deposits with a tax efficient periodical insurance-based saving scheme could be used as a help-to buy scheme, allowing natural progression from rental to property purchase, while at the same time using the funds, leveraged appropriately to invest in meeting the target of 200,000 new homes built every year.

This is the model behind the offer made to landlords and letting agents by the new company (www.dlighted.co.uk). Instead of taking a deposit the landlord can purchase a monthly insurance premium, which may or may not be added to the tenant’s monthly rental payment. This has the advantage of allowing the transaction costs of damage cover, repairs and any dispute resolution legal costs to be spread over the length of the tenancy, while providing bigger payments should a problem occur.

Alternatively, tenants can take out insurance to cover any damage or periods of payment difficulties with the added bonus of earning points in the form of no-claims bonuses, as with motor insurance, while building a reputation as good tenants. Either way the insurance option will reduce the time between a property’s release on the rental market and the finding of a suitable tenant. This improves the cash yield to landlords while making the rental market more efficient and equitable for tenants. Furthermore, there is no need for additional financial services regulation since the provision of insurance already falls under the aegis of the Financial Conduct Authority.

But there is far more at stake. For the foreseeable future, generation rent will have a large influence on voting trends in Britain. In a recent article Robert Colville of CapX has argued that the fall in home ownership and the rise of the rental market will cause increasing problems for Conservative Party support among young adults. New housing minister Alok Sharma, with a background in corporate finance, should as a priority look at legislation to replace deposits with insurance, easing the burden on tenants showing the Conservative Party is aware of the difficulties they often face, while simultaneously studying means by which the frozen funds can be released into financing housebuilding.