NewsPaperthe art of publishing
Home News Brian Souter, a social conservative unafraid to stand up and be counted
0

Brian Souter, a social conservative unafraid to stand up and be counted 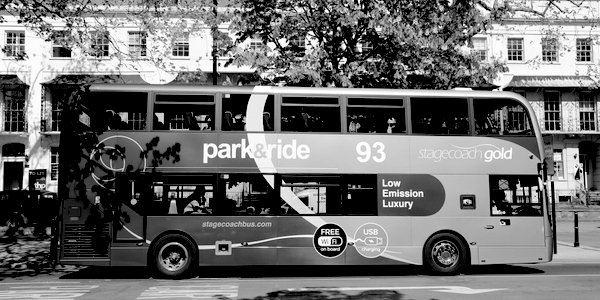 In his recent TCW article, ‘Section 28 wasn’t anti-gay, It was pro-children’, Paul T Horgan reminded us that it had been enacted due to what, thirty years ago, was ‘genuine public concern regarding what was going on in schools . . . Labour local authorities were politicising education’. During the 1980s there undoubtedly was unease at what many perceived to be fanatical over-compensation for past injustices against homosexuals, coupled with ideological deprecation of the nuclear family; however, amidst the many other political concerns of the day, it was almost impossible to gauge the extent of the disquiet over this single issue.

In fact, the closest anyone came to taking the temperature of the public on this binary matter came more than a decade later, in 2000, when the newly devolved Scottish Executive (as it was then known) set about scrapping the clause (which in the Scottish legislation was known as Section 2A). In response, businessman Brian Souter, co-founder of Stagecoach, supported a ‘Keep the Clause’ campaign by personally funding a referendum.

Naturally there was much opposition. Souter was widely criticised for using his personal wealth to influence public policy; the Electoral Reform Society refused to assist, so the poll used an electoral register that was not completely up to date, and there was some ceremonial burning of ballot papers. Labour’s Wendy Alexander, then Scotland’s Minister for Local Government, dismissed the result: ‘Two out of three Scots voters rejected, binned or simply ignored this glorified opinion poll.’

Which statistically was true: anyone ambivalent was unlikely to respond; nevertheless, there were a remarkable 1,094,940 votes to retain the clause. Coming more than a decade after the original controversy, and despite the fact that during the intervening period there had never been a prosecution under the legislation, it was an astonishing number who still felt strongly enough to oppose the intended repeal – especially so in a part of the UK which largely had been spared the worst excesses of the unhinged Left who had gripped various English municipalities and whose antics had prompted the introduction of Section 28.

The Conservatives at Holyrood supported ‘Keep the Clause’ – try to imagine that happening under Ruth Davidson – which at the time was generally thought to have helped the Tories achieve a rare win in a Scottish parliamentary by-election. Indeed, within other pockets of the nascent parliament there was still detectable a faint scent of social conservatism which has long since been blown away. But even in 2000, the repeal was a formality, the only minor concession being, in the words of then Education Minister Sam Galbraith, ‘to include [in new guidelines regarding sex education] a phrase about the responsibility of parenthood and marriage’.

Interestingly, Galbraith’s counterpart in the SNP opposition was a young-ish Nicola Sturgeon, who said: ‘The ballot confirms what we already knew – that many people are concerned about the repeal of Section 2A. We believe that the value of marriage should be clearly referred to in the guidelines, without denigrating other relationships or children brought up in other kinds of relationship.’ At the time, of course, absolutely no one imagined that Galbraith’s and Sturgeon’s warm words regarding marriage were directed at other than heterosexual pairings; in 2000, same-sex marriage was still a fringe concern, even amongst the gay lobby.

Brian Souter went on to donate generously to the SNP and continues to support separation for Scotland – as a Leave voter, to his credit he does at least believe in Scotland having genuine independence. However, the Scottish Left has never forgiven his stance on Section 28: when he was knighted, the ever-tolerant Stonewall nominated him for ‘Bigot of the Year 2011’ – for opinions and actions from a decade before.

Souter subsequently cemented his position as a hate figure by publicly opposing same-sex marriage, including during a 2013 edition of the BBC’s Question Time. Chairman David Dimbleby helpfully reminded the audience of Souter’s earlier standpoint on Section 28, which elicited predictable booing from some.

With Ann Gloag, his sister and co-founder of Stagecoach, Souter acquired a reputation for ruthlessly expanding his firm to the detriment of competitors; yet in an age when so many businesses perform contortions to placate offence-seekers, and there is instant condemnation of those who stray beyond permissible opinion, his willingness to espouse deeply unfashionable beliefs has been, and remains, admirably brave. The announcement of his latest Question Time appearance, on May 31, alerted his many vigilant critics, such as:

Who you got on next week – that Koran burning guy from the Southern Baptists and the ghost of the Ayatollah Khomeini?

The programme began with what clearly was meant as a rhetorical question: ‘When will Theresa May stop worrying about her relationship with the DUP and instead concern herself with the health and well-being of the women of Northern Ireland?’ It was no surprise that Brian Souter was the only member of the panel to express personal antipathy to abortion. Although Conservative Kwasi Kwarteng used devolved powers to couch his disagreement with the thrust of the question, predictably it also fell to Souter to state that, without consent, the rest of the UK has no right unilaterally to impose its morality on Northern Ireland.

Brian Souter says that the people of Northern Ireland should be allowed to vote on the issue of abortion, rather than it being decided by the UK government #bbcqt pic.twitter.com/p7FqBGmHSU

To my surprise, this did not result in Souter being heckled by the audience. Perhaps chairman Dimbleby should have again waved the red rag that was Section 28.