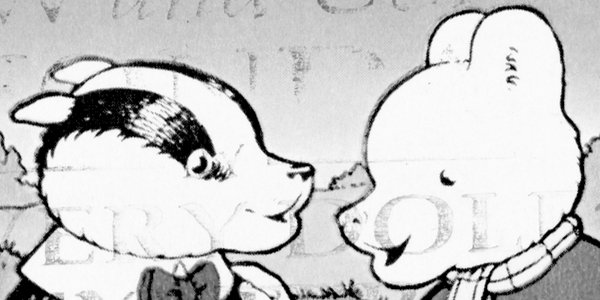 HOW refreshing, when ‘celebrities’ are queueing up to demonstrate their Leftie credentials and denounce Brexit, to find one real star not afraid to take the opposite line.

The latest issue of Nutwood Newsletter, the organ of the Followers of Rupert fan club, features a letter from the little bear himself, in which he refers to the society’s annual meetings. It says:

I hear you all had a good time at your recent meeting in Warwick, but I was sorry to hear that some people attending wanted to make me a Euro bear, not a British bear.

This has worried me so I asked Daddy what it all meant, as he used to work in a place called Westminster before retiring to spend time on his gardening, so he has a good idea of what goes on in the human world.

He said that a long while ago now the British had a democratic vote to either keep us British or become Euro’s [sic], and the vote was to stay British. However there are some who believe that those who voted to keep us British are not intelligent enough to know what they voted for. So they want to change that as they think they are more intelligent than the majority. Daddy also said that most of those who want us to be Euro’s have their own motives and do not understand and respect what democracy means. When he left where he worked, he said there were humans baying and shouting outside his office window, waving blue flags with yellow stars because they think they are right and the rest of the British people and citizens of Nutwood are too simple to understand.

Daddy further said that the only person in Nutwood he knows who is keen for us to be Euro’s is the Professor, as he reads the Nutwood Guardian newspaper and is well known for his silly ideas.

It is all very confusing to a little bear. Anyway I am off to play cricket on Nutwood Common and hope to see you all next year at Warwick.

Rupert turned 99 this week! He first appeared in the Daily Express on December 8, 1920, and his adventures still run every day.