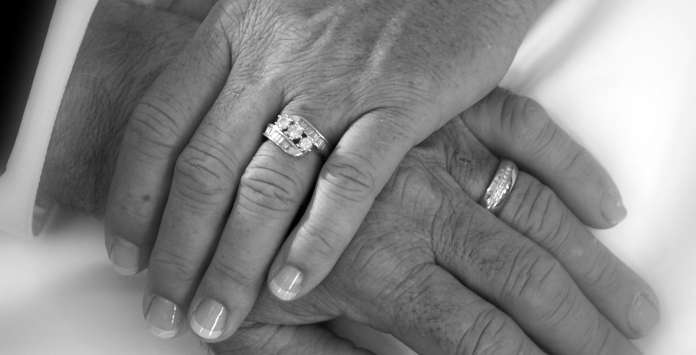 Why should we stand up for normative monogamy? Well, not all forms of marriage lead to equal outcomes.

For example, “normative monogamy reduces crime rates, including rape, murder, assault, robbery and fraud, as well as decreasing personal abuses” and is therefore better for adults and children, according to academics Joseph Henrich, Robert Boyd and Peter J. Richerson in The Puzzle of Monogamous  Marriage

Of course, my fellow Australians instinctively know that monogamy is good for children. Or at least a good majority know.

Another important study, The World Family Map, found that 70 per cent of Australians believe a child needs to grow up in a home with both a mum and dad to be happy.

As for workable open marriages and harmless adulterers? There’s no such thing. Or to quote William Tucker, the author of Marriage and Civilization: How Monogamy Made Us Human: “…human societies everywhere and throughout all time have enforced some kind of rules on marriage and have frowned on extramarital affairs.

“The stability of the group is at stake. If people start flaunting the rules of marriage, then the equilibrium is upset as growing numbers of males and females are left without mates.

“These individuals become disruptive, and the cohesion of the entire society is threatened.”

Granted, there will always be innocents who through no fault of their own find themselves single, but that shouldn’t prevent communities from holding serial adulterers and other family wreckers to account.

And let’s be realistic: if responsible adults don’t uphold basic values, predatory radicals will move in.
To be sure, normative monogamy isn’t always easy.

“Monogamy is not a hard-wired biological directive humans must follow,” asserts the attorney and award-winning author Wesley J. Smith.

“Only humans can create cultures that are or are not monogamous. Only humans can make the often difficult decision to stick to a single sexual partner. And that is one reason why we are exceptional.”

One problem: too many doubting conservatives forget that once we lived in a bloody society where polygyny was the rule, not the exception.

We forget that 85 percent of societies have practiced polygamy, but thanks to a number of factors, including the spread of Christian values, normative monogamy liberated millions of women and children from sexism and misogyny.

Some of us forget too – or aren’t informed – that monogamy is contagious. Take Indonesia, the world’s largest Muslim-majority nation, where polygamy is in trouble, or Malaysia where monogamy is gaining a fan base.

Of significance, a survey coordinated by two German-based cultural organisations revealed that many young Asians are opposed to polygamy (from 73 per cent of 1,060 polled Malaysians to 86 percent of 1,496 Indonesians), a major cultural shift for the Asia-Pacific region.

Why polygamy fell is one of the most underreported stories of our time. But it’s a story that’s worth telling to progressives who preach that heterosexual monogamous marriage is just simply another expression of multicultural love.

In all truth, it’s much more valuable, especially for vulnerable women and children.

“Within the anthropological record, there is a statistical linkage between democratic institutions and normative monogamy,” too state the authors of The Puzzle of Monogamous Marriage.

Think about that the next time you’re told that protecting the time-honoured tradition of male-female unions doesn’t matter.

Share
Facebook
Twitter
Pinterest
WhatsApp
Previous articleLaura Perrins: Girls don’t have to be humiliated by drunken boys. They can just say No
Next articleKathy Gyngell: Drugs Down Under – the failed experiment with legal highs