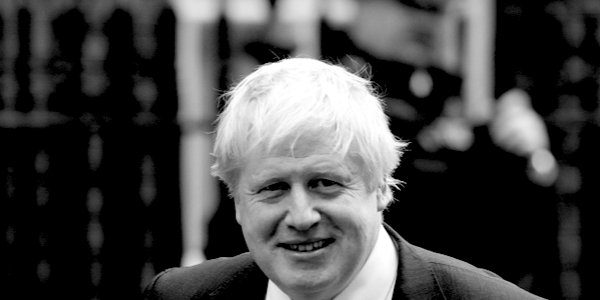 FROM his opening statement in the Tory leadership debate on ITV last night, Boris Johnson presented himself as the only candidate to have campaigned for Brexit from the start – in the end, I suspect that guarantees his victory with the Conservative Party’s rank and file. Hunt improbably anchored himself as a ‘tough negotiator’, then identified himself as an ‘entrepreneur’, but this too I found unpersuasive, because he brought no virtues of entrepreneurship (or in plain English ‘business’) to the Health Department or Foreign Office, which remain the most resistant to reform of any government departments.

Going first in answer to the first question, Hunt contradicted himself by saying that he should not make a promise to leave on 31 October, but that he was prepared to do whatever it takes to honour Brexit. Johnson was full of energy: fast-talking, jabbing his finger and delivering without falter a prepared promise to leave on 31 October. Hunt was asked to follow up, but he pivoted to ask Boris whether he would resign if we failed to leave on 31 October. Johnson handled the hijack well by promising to leave on time, but didn’t directly answer the question. They immediately interrupted and attacked each other – I was surprised, because such a spectacle doesn’t look good for whoever wins. Both looked like stereotypical politicians, unwilling to answer questions directly and more willing to attack the other person than to specify policy.

Of the two, Hunt was the guiltier. His strategy was offensive and I was increasingly irritated by his repeated pivots from answering a question to asking a question. He reminded me of Rod ‘Rory’ Stewart in crying alarm about his opponents’ lack of specificity and realism, while hypocritically offering little of either. He also reminded me of Theresa May in taking both sides, sitting on the fence, and trying to appeal to everybody. He promised to deliver Brexit but not to leave without a deal; he pretended to be the better negotiator but warned that leaving without a deal would be a disaster; he pretended to be a committed Brexiteer but reprised much of what he said as a Remainer; he claimed to be a conservative but seemed to be under instructions to ring the bells marked ‘Trump is bad’ and ‘social issues are good’.

Johnson’s best response was that Hunt is ‘defeatist’, and he got applause for interrupting Hunt’s alarmism about over-optimism by asserting that this country needs more optimism. His energy started to triumph. Hunt started to stutter and looked increasingly like his cariacture – Bambi blinking into the hunter’s sights and trying to deflect bullets with waffle.

The ITV presenter Julie Etchingham closed the first half before the ad break with a pointless pantomime that Johnson clearly won: she asked them to raise their hands if they were confident we would leave the EU on 31 October: both raised their hands silently, then Johnson exclaimed, ‘That’s the spirit, Jeremy!’ The quip usefully reminded us of Hunt’s defeatism and Johnson’s optimism. Johnson’s not just the only true Brexiteer in the race to deliver Brexit, he’s also learned the cut and thrust that Theresa May and Jeremy Hunt eschewed in favour of cut and run.

In answering the first post-break question, Johnson had the opportunity to appeal to the disaffected conservative too. He reminded us of his unlikely triumphs in two London mayoral elections and the Brexit referendum, and of the loony left who he defeated in London and promises to defeat in the next general election. He effectively concluded with a Trumpian political posture: ‘Beat Corbyn!’

Hunt tried to return that volley by posing as a strong foreign secretary, something he had alluded to several times in the first half. He claimed to be as strong against China’s abuses of the Hong Kongese as against Trump’s abuses of the UK ambassador. I found that latter claim to be ironic: defending the UK ambassador is not the only way to be strong in this international war of words. Another strong position would be to condemn Sir Kim Darroch for the vacuousness of his opining, recall him, and appoint a more diplomatic and articulate diplomat (and a Brexiteer). Hunt’s defence of Darroch confirms Hunt’s reputation for avoiding change and defending the status quo. The Foreign Office is increasingly obviously a world unto itself: obstructionism, partisanship, and leaks. Clearly Hunt has no intent to change anything.

Hunt then reminded of us of his weakness as a health secretary, too, by committing to reform of social care, something he offered as a priority during the previous televised debate. As I wrote at the time, every time he makes this commitment I want to ask: ‘So why didn’t you reform social care when you were actually, you know, the Secretary of State for Health and Social Care?’ He was the longest serving and most powerful said secretary ever, but did nothing to arrest spiralling costs, avoidable mistakes, poor service delivery, and employment disputes. Hunt even repeated his commitment to reformed social care in his closing statement. I can only imagine that Hunt’s team think that modern inattentive knee-jerk progressives pin all their hopes on anyone who says ‘social care’, but anyone who pays any attention to politics is reminded of his Theresa-like reputation for achieving nothing while holding high office for record terms.

Johnson neatly pivoted to his second direct appeal to conservatives by reminding us of his keenness to cut taxes and defeat loony leftism. Unfortunately, television is the last place to air conservatism. This debate, like the other two, was half about Brexit and half about style: substantively Hunt certainly lost, but Johnson did not substantively win. And Hunt’s repeated painting of Johnson as the man who doesn’t directly answer the question is the mud that’s going to stick even after Johnson becomes PM.