NewsPaperthe art of publishing
Home News Boris stays ahead in the leadership stakes (with Gove the new dark...
0 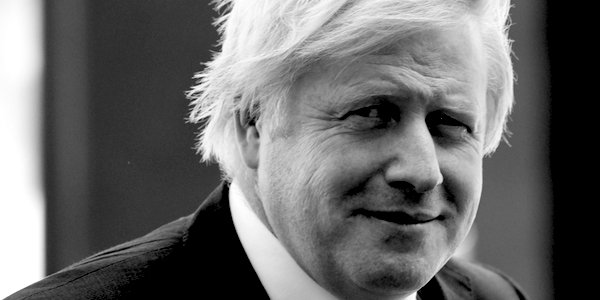 THIS month’s Conservative Home leadership survey shows a consolidation in the preference of the respondents for Leave-supporting contenders.

It says something for Theresa May’s judgement that she shores herself up with bloodless people whose portions of charisma and competence fail to impress the wider party membership.

Hammond, to be fair, has had a modest surge in popularity and has edged past the one per cent barrier for the first time in a while – his personal best performance was achieved last July with support at 1.45 per cent.

At the top end of the table, Boris Johnson continues to dominate, holding first place for the last six survey periods. 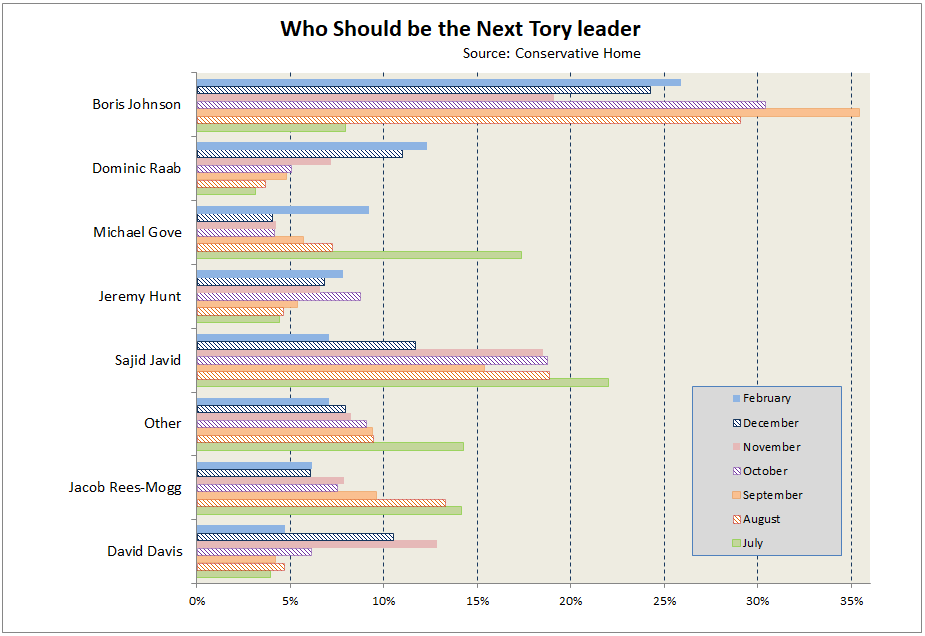 The trend lines produced here at the time of the last survey suggested that Johnson would continue to advance as would Dominic Raab but that Sajid Javid would be likely to find his support dwindling. This is the graphic from our earlier piece: 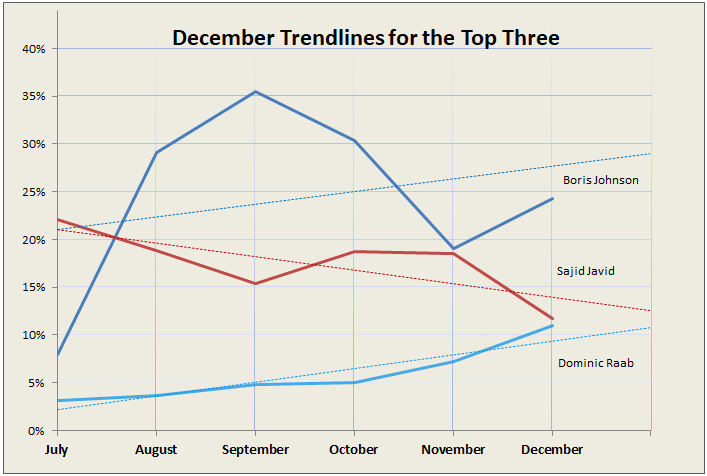 Javid has slumped to fifth position and Raab has indeed overtaken him to take second place in the latest ranking. The unifying aspect of the top end of the table is the concentration of Leave supporters with no clear Remain supporter until Amber Rudd in ninth place.

If there is one surprise result this time round, it is in the apparent rehabilitation of Michael Gove who emerges third after many months in the doldrums. This could be due to a perception that he is, at heart or at least, a voice for Leave at the Cabinet table. 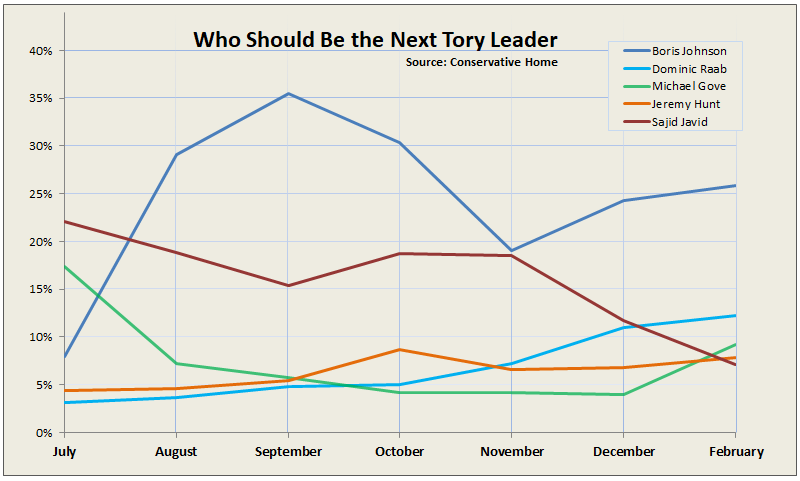 The current trend lines suggest that the next survey will produce a similar result. Gove will need to build considerable support if he is to maintain a high ranking, and another possibility is that Jeremy Hunt could move ahead, albeit in the zone of contenders vying near the 10 per cent level.

Having said all of which, Boris Johnson at 25.78 per cent has a whisker more than twice Dominic Raab’s share or, to put it another way, almost as much as Raab, Gove and Hunt combined, so it’s hard to imagine how this lead could change much unless Johnson blows up spectacularly. 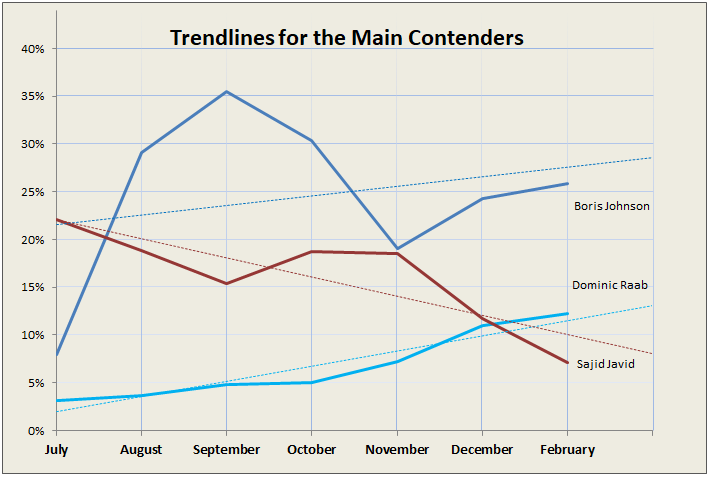 Aliens from a distant galaxy will marvel, when the day comes, at how a parliamentary party made up largely of nonentities and also-rans will conspire to deprive the party membership of the ability to vote for their preferred candidate.