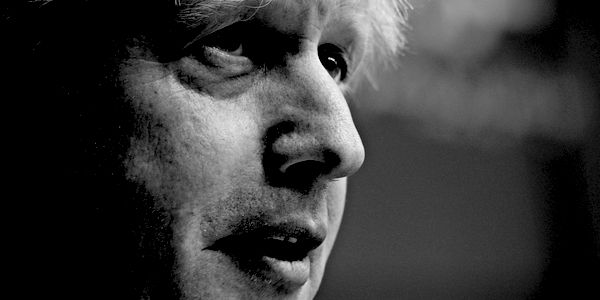 IN Saturday’s Times Dominic Cummings revealed the Tory Party’s master plan. The short version is deliver Brexit and then smash Labour at the seemingly inevitable subsequent general election in November. Great, but how?

Assuming for the moment that Boris’s bunch actually deliver Brexit, the harsh reality is that about half the current crop of Tory MPs are Remainers who have spent the past three years subverting the result of the referendum. The other half (including Boris) have been a little slow in coming to the fore and implementing preparations for a no-deal/WTO exit, which anyone with any experience of negotiating would have initiated on 24 June 2016. Instead the Tories gave us a leadership contest and the Maybot. The Tory Party that Boris leads is patently incompetent as well as split.

So quite how Mr Cummings expects to persuade the long-suffering UK electorate to give Boris a majority (minimum 326 Tory MPs, up from the current 311) is a mystery. For it to work, he needs to replace the Remainers (say 150 of them) and persuade pro-Leave northern traditional Labour voters to switch to Tory in sufficient numbers to outweigh the disaffected Remain Tory voters switching to Lib Dem. It could happen, but it would require hundreds of thousands of voters reared on a visceral hatred of the Tories to vote for a party that they have spent a lifetime loathing. It also raises the question of whence the Tories will find suitably compelling candidates. They may be even harder to discover than the 20,000 more policemen that Boris wants.

While I admire Mr Cummings for at last getting a grip of what passes for a government, I think he is underestimating (in public at least) the problem that the Conservative Party faces. Its reputation for economic competence is in tatters thanks to its discovery of the many magic money trees that underpin Boris’s promises. The Armed Forces are in tatters thanks to Spreadsheet Phil. Half the Tory MPs want to provoke a constitutional crisis (and one of them, the ghastly Speaker John Bercow, seems to think it is his job). The Conservative Party seems to have forgotten what it is that it wishes to conserve, other than its grip on power.

And of course it was a Tory Prime Minister, David Cameron, who got us into this mess by committing to a Referendum to neutralise the UKIP threat to Tory electoral chances, by failing to secure satisfactory changes to the EU, by forbidding the Civil Service to prepare for leaving the EU, by launching the ludicrous Project Fear and then quitting and delivering the country into the hands of the hapless, hopeless and helpless Theresa May.

There is, of course, one party that understands that the problem is not leaving the EU but the entire process of selecting MPs. It has realised that professional politicians are incapable of either running a government or holding a government to account. It knows that most of this country lies outside the Westminster bubble and is heartily sick of watching over-educated, PPE degree-toting, smug thirty and forty somethings with no experience of life outside politics destroy this country. It is of course the Brexit Party.

Unlike the Tories, the only people who hate it are the Remainers who are seeking to destroy this country, whose ‘progressive’ politics are the bread and butter of the Lib Dems, Chuka’s changers and Ken Clarke. The Brexit Party has more supporters than the Tories, or indeed any party other than the Labour Party (whose numbers are complicated by membership of some Trade Unions). It is also the largest single party in the European Parliament – not bad for a party that started six months ago, and an indication that it has the trust of the electorate.

If the Tories do want to have a chance of being in government they need to work with the Brexit Party (which has won seats in the north). But first they need to deliver Brexit and to do that they need to turn up the heat on those members of the Conservative Party who are obstructing it. Macmillan had his ‘night of the long knives’ – Boris needs a Westminster chainsaw massacre. Start with Ken Clarke.