Bleak but inspirational – art after the Great War 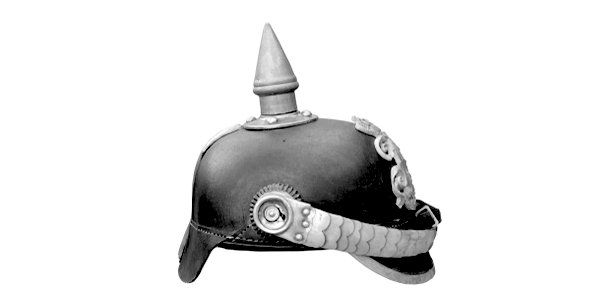 Aftermath was full of nasty visual shocks and brilliant artistic pleasures, some at the same time. Henry Tonks’s exquisite anatomical drawings of men with disfigured faces were some of his most shocking; lower jaws were ripped away, completely exposing their tongues. Nearby, a dying German boy, wrought in bronze, crawled along the floor, looking back at viewers through his legs. Expressionist sculptor Wilhelm Lehmbruck made the work while the war was raging, and killed himself in 1919.

Graphic horror was alleviated by an amazing angel flying above us, by Ernst Barlach. This 330lb bronze, Der Schwebende (The Hovering) was first seen in 1927 when it was suspended over the baptismal font at Gustrow Cathedral in northern Germany. The Nazis melted it down and turned it into guns, and Barlach died a broken man in 1938. His friends made a second identical cast from the mould and hid it. After the war it was flown in a church in Cologne. The one seen in this show is a copy of the Cologne cast made during the Cold War which now hangs in the place of the original at Gustrow. The angel, grieving for all nations, was reassuring and poignant, its face based on Barlach’s friend, the great German artist Käthe Kollwitz. She lost her only son in the conflict and went into perpetual mourning for Germany, pouring her grief into etchings, ink drawings and carved masonry memorials showing parents grieving for their lost sons. Some of the drawings and photos of the memorials in the show were almost too harrowing to view. It was not an easy exhibition at all. The gallery walls were lined with lurid images of Germany after the Armistice; ruthless prints and grim collages by Georg Grosz, Max Beckmann and Otto Dix described the stink of life reduced to mere survival. Their work exposes the poison brewing in the Weimar Republic, with its hopeless attempts at liberal democracy undermined by the myopic greed of the victorious allies.

Grosz and Dix also made grossly anti-Semitic work, bulging with fat Jewish bankers getting their sausage fingers on the only money, and on to famished Frauleins who’d been turned into whores. That aspect of their work is always ignored by reviewers, because Expressionism was suppressed by Hitler, automatically turning the artists into victims, on the right side of history.

There was little French work – bitter Expressionism seemed to suit German and British temperaments better – but there was a fascinating film, shot by the spectacularly named Jacques Trolley de Prevaux from a dirigible in 1918, showing the battlefields below.

Aftermath was also my first chance to see a real Pickelhaube, that amazing spike Germans once wore atop their helmets.

Over the river, at Magic Realism, the Tate’s other World War One show, a timeline shows the path to disaster: German defeat, recovery despite crippling demands for reparations, economic collapse in 1929, then four years of chaos followed by Hitler. As the end is clearly pointed out, this show is bleaker than Aftermath; the first painting is named Two dead Germans in a trench, by Orpen.

But it is also inspirational. Paul Klee and other talented artists were encouraged by Walter Gropius, who founded the Bauhaus movement, to find new artistic forms to fit a radical new society. Their work can be divided into Expressionism, led by Beckmann, and the New Objectivity movement led by brilliant portraitists Otto Dix and Christian Schad. Others became pastoralists, welcoming a return to order and peace. We can see a creative culture beginning to flower, but its blooms were quickly cut.

Magic Realism reaches into the near future with an astonishing drawing, Into The Abyss, made by Jewish artist Lea Grundig in 1943, during the Holocaust, showing women and children tumbling down into hell. That work was surely the culmination of everything else on the walls of both exhibitions, describing a ghastly European failure.

The only disappointment was the catalogue for Aftermath. Edited by Tate curator Emma Chambers, it reflected the identity politics now permeating galleries. Chambers curated the show with Rachel Rose Smith, Zuzana Flaskova, from the Tate, and Camille Feidt from the Courtauld Institute. They’ve included women artists wherever they can, with no evidence that their art was influenced by the war. There are portraits of women by Lotte Laserstein, Meredith Frampton and Dod Procter which are not in the show, while a great painting by Conrad Felixmuller showing German street agitators, the reason I went to see Aftermath in the first place, was not included or mentioned.