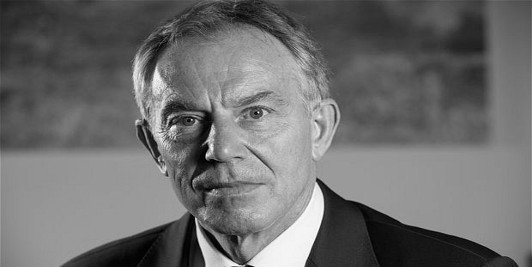 How much was it worth? The EU Remain cause is already bankrolled lavishly by figures such as George Soros – but what would eight minutes of virtually uninterrupted prime airtime on BBC Radio 4’s the Today programme cost?

That is what former Prime Minister and arch-Remainer Tony Blair was granted at 7.32am this morning to continue his relentless truth-bending campaign to overturn the EU Referendum vote. The full sorry transcript can be read here.

This exchange can be seen as as a new high in the BBC’s now all-out campaign to do everything in its power to undermine the decision in favour of Brexit, evidence for which includes this recent News-watch paper for Civitas surveying almost 20 years of the Corporation’s EU coverage.

True, interviewer Sarah Montague threw in a few questions, and interrupted half a dozen times, but they were arguably only punctuation marks in Mr Blair’s flow and were about as taxing as a wet lettuce – in sharp contrast to the approach towards any Brexit-supporting figure who is invited to appear on Today.

In effect Mr Blair was allowed to deliver an 8-minute party political broadcast of 1,850 words, divided into 10 sections.

His purpose? To tell the world that unless the UK accepted staying in the single market and the customs union, a hard border was inevitable between the Republic of Ireland and Ulster. And if that happened, there would be a serious risk of a return to terrorism and civil strife.

Ms Montague feebly suggested that the peace process might be re-cast in the light of the Brexit vote and new thinking about border arrangements, but Mr Blair was having none of it.

His full, patronising fingers-up to the British people who voted to leave the EU was summed-up in the following extract from his homily:

‘And really what I’m doing today is saying that there are essentially three legs to the stool of changing Brexit. The first is that the British people start to understand this is a very costly and complex process, much more so than we realised. Now, I think that’s well on the way to being satisfied. Secondly, I think we have to show people who voted Leave there are different ways of dealing with their anxieties and better ways than Brexit. But the third thing is to say to Europe it’s also bad for you. You know, Brexit may be bad for Britain, it’s bad for Europe, it’s going to diminish Europe . . .’

Who but the Blair/Soros axis cares about the latter point? Why did Ms Montague choose not to challenge him on that? Her lack of intervention underlined that, while the BBC is pulling out all the stops to highlight the dangers of leaving the EU, it never focuses on the problems of staying in, or the deep structural problems of the EU itself.

As for the first two points, ‘contempt-filled’ should perhaps be added to ‘patronising’ in the description of Mr Blair’s approach. The British people, despite being battered by Project Fear and Mr Blair’s repeated lauding of the wonders of the EU, voted to leave. To say they didn’t understand and now need ‘soothing in their anxieties’ is La-La Land logic of the type Mr Blair excels in producing.

An issue of deeper concern remains the BBC’s journalism about Brexit. Survey after survey by News-watch, as well as the Civitas paper mentioned above, have underlined the all-pervasive negativity against leaving the EU.

Mr Blair has been making exactly the pro-EU points he made yesterday ever since the referendum was announced. In those circumstances, Ms Montague’s professional incisors should have been bared to their full extent, in the same way that she and her colleagues repeatedly attacked Nigel Farage over all the years he was involved in UKIP. They emphatically were not.

There is an abundance of evidence from the DUP, from Kate Hoey and the Labour supporters of Brexit, as well as from Brexit ranks – for example here which indicates that the alleged problems of the Northern Ireland border are a confection by an unholy alliance of Remainers, Sinn Fein, the EU and the Irish Taoiseach to thwart the Brexit process and lead to Irish unification.

Ms Montague chose not to draw on any of such material, and virtually ignored that the possibility was there. It was a kid-gloves approach.