Black trailblazer who was no slave to victimhood 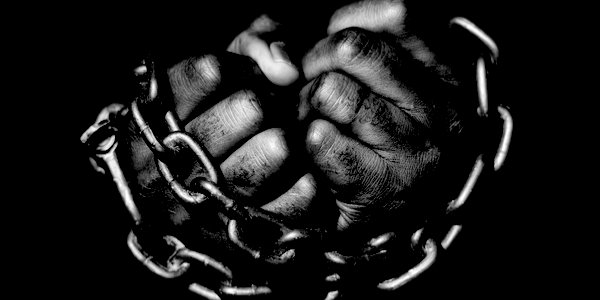 In 1860 the town of Takon, forty miles from Benin, West Africa, was destroyed in a few hours. Its people were sleeping when King Gelele of Dahomey arrived with his army, including women warriors skilled at cutting off heads, armed with long knives and French guns. They surrounded all eight gates of Takon. The elderly, women and children trying to escape were caught, their jaw bones torn off, and decapitated. One of the survivors was Kossola, aged 19, who the day before had been contemplating marriage to a girl with gold bangles he’d seen in the local market.

He was tied into a line and marched first to Gelele’s palace, built out of dry human skulls: even the legs of his throne stood in them. From there on to the Barracoon, a Portuguese word for a barracks, a desolate holding pen from where Kossola and his fellow captives gazed out on to an ocean they’d never seen before.

At the Barracoon they saw white men for the first time and were selected in pairs, one man and one woman, until there were sixty- five couples. Taken to the port they saw Captain William Foster, who’d bought them on behalf of US businessman Timothy Meaher, saying goodbye to King Gelele.

Gelele (bigness), ma nyonzi (‘no way of lifting’ or too fat to carry, a compliment in his Yoruba culture) concentrated all his resources on providing slaves for the foreign market, sold for sixty dollars apiece. He kept a standing army of 12,000 warriors and the Dahoman year was divided into wars, when enemy settlements would be wiped out and slaves captured, and festivals, where slaves would be sacrificed or given to allies.

Kossola and his companions were rowed out to the Clotilda, a schooner built for speed, where they were pushed into a dark hold about 4ft high. After seventy days at sea they came ashore secretly off Twelve Mile Island, Alabama, and moved by paddle-steamer upriver to begin their new lives as American slaves.

In August 1931, black anthropologist Zora Hurston interviewed Kossola, known then by his American name Cudjo Lewis, the last survivor from that last ship to bring African slaves to America. He gave her his whole story, but his life as a slave takes just over a page. Most of her book, republished for the first time, tells of his life as a free man in the American South.

Hurston should be popular with the Left but never has been. She’s unlikely to appeal much to David Lammy MP or our ‘progressive’ academics. The foreword to Barracoon, written last March by novelist Alice Walker, refers to the book as a ‘maestrapiece’ (a feminist version of ‘masterpiece’) but there is nothing soft liberal about Hurston’s work; she was a Republican, and fearlessly describes the cruelties Africans inflicted on each other long before they became ‘black cargo’ in the hands of Arabs or white men. She is candid about how black Americans, enslaved themselves, ridiculed African arrivals.

Hurston, a self-made success, despised victimhood. She was the sixth of eight children, her father was a carpenter, her mother a teacher and all her grandparents had been born into slavery. She paid her way through college by working as a maid for the lead singer in a Gilbert & Sullivan touring company.

In 1928 she won a scholarship to Columbia University’s Barnard College, where she was the only black student. After graduating in social anthropology she conducted field trips to the Mississippi hunting for African legend and folk law, armed with a gun.

Her attitude to slavery must be anathema to many black activists today as she said it was ‘the price I paid for civilisation’.

That she grew up in America not Africa she saw as very fortunate. She was intellectually independent enough to embrace the whole truth about slavery, seeing it as a tragic evil inflicted by several ethnic groups. But her book based on three months of interviews with Cudjo is told from the point of view of the sold, not the seller.

After five years in slavery, Cudjo was emancipated by the Union army and faced the challenge of freedom on the bottom rung of American society. Hurston finds him haunted by the Dahomey raid.

‘His face was twitching in abysmal pain. It was a horror mask. He was thinking aloud and gazing into the dead faces in the smoke.’

Despite that, he made a good life for himself, his beloved wife Seely and six children. Along with other survivors from the Clotilda he worked in lumber mills while she grew and sold produce. His community bravely asked Timothy Meaher, the businessman behind the slaving raid, for a grant of land. He replied furiously saying that as he no longer owned them, he had no responsibility for them.

Eventually the community saved enough to buy land, and Cudjo bought two acres for $100. But the odds were always stacked against him. He was knocked down by a train and injured too badly to work. A white benefactor took his case to court. He was awarded compensation but his lawyer ran off with the money.

One son was beheaded by a train wheel, another shot dead by a sheriff. The other children died young and his wife soon followed, broken by their deaths. When Hurston met Lewis, he was old, lonely, longing for ‘Affiky’, as he called it.

He died in 1935 aged about 95, a dislocated soul. His biographer had a similar fate. Although Barracoon is an adventure story as well as an invaluable historic document, publishers didn’t like the folksy vernacular she used for Cudjo, and during the Depression Negro literature went out of favour. She couldn’t get it published, and she became increasingly poor, eventually taking work as a waitress in a seaside resort. Her books were all out of print by 1960 when she was buried in an unmarked grave.

The time is certainly ripe for her return, even if her honesty will send some snowflakes into frozen shock. She was given a retrospective ‘Booker Prize’ at this year’s Cheltenham Literary Festival, beating Steinbeck and Hemingway, and Barracoon is now number two on the New York Times best-sellers list.