NewsPaperthe art of publishing
Home News Black or white, ‘affirmative action’ makes victims of us all
0

Black or white, ‘affirmative action’ makes victims of us all 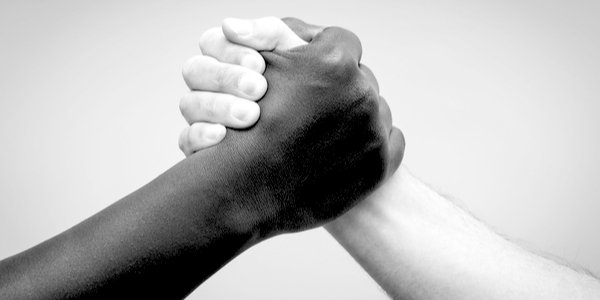 IN the pandemic lockdown I’ve lost all my work as a freelance musician. My wife works part-time from home, thankfully, but that isn’t enough to sustain us for long. In response I’ve started to look for other opportunities – entry-level jobs and internships that might lead to an alternative career. Journalism is the most obvious field: over the past couple of years I’ve had many articles published in journals and magazines in the UK, the US and Canada, both in print and online.

I came across an ad for a foreign desk intern at the Economist’s London office and thought it was a perfect fit. No experience required, dates and duration flexible, great opportunity to learn. All I needed to show were writing skills, analytical skills, curiosity and passion for international affairs. Tick, all.

The link took me to the website of a company called Creative Access. There I saw the same job posting, but with one additional statement at the bottom: ‘This opportunity is only open to BAME candidates, to anyone from a lower-socioeconomic background or those with disabilities.’ Creative Access, it turns out, exists to help under-represented communities (BAME stands for black and minority ethnic) through recruitment, training and support.

I’m a white male with no disabilities, and while I do consider myself to be from a lower socioeconomic background, I went to university, my father went to university and we’ve both been gainfully employed throughout our adult lives. I filled out a preliminary application with Creative Access to determine my eligibility to apply for the internship and was rejected eight minutes later.

If it weren’t for the colour of my skin I’d have been allowed to submit a CV.

I’m tempted to call it racism, but racism implies a motivating belief of racial superiority and I see no evidence of that. However, it is certainly racial discrimination. Indeed, proponents of this sort of thing call it ‘positive discrimination’. But positive or not, it’s still discrimination.

It’s also known as ‘affirmative action’. The idea is well known: white people are historically privileged and have long enjoyed many advantages over black and minority ethnic people. Affirmative action schemes are designed to correct the balance. Underpinning this idea is an alternative definition of racism: it can occur only by the privileged towards the marginalised. On this view there can be no racism towards white people, and so positive discrimination is justified as merely a virtuous historical corrective tool.

But what is really happening, of course, is that by limiting the applicants to ‘BAME candidates’, a large number of qualified individuals aren’t being considered. The talent pool is smaller. When, say, a young black woman is hired, she will know that she wasn’t necessarily the most talented person for the job, that talented people of white skin colour weren’t allowed to compete, and that she got the job primarily because of the colour of her skin. Furthermore, everyone else who works at the Economist, though they won’t admit it, will also suspect that she is there, first and foremost, because she’s black.

Why would anyone, black or otherwise, want to be hired for any reason other than merit and hard work? If the goal is a colourblind hiring culture (although I’m not sure that it is) then the most qualified person, regardless of race, has to be the winner of a truly fair competition. But as long as such discriminatory policies remain in place that day will never come.

Perhaps the worst affected will be those BAME individuals who did reach their position on merit, because their achievements will attract the silent suspicion of others on account of affirmative action policies. Thus is racism perpetuated. Affirmative action undermines minorities of genuine talent, and black skin unjustly becomes an indicator of a lack of merit. This is the real legacy of positive discrimination.

American cultural critic William A Henry III made the argument more than a quarter century ago in his masterful book In Defense of Elitism: ‘Affirmative action programs that were intended to broaden the leadership population have been so misunderstood and misused . . . that their chief effect has been, perversely, to de-credential those minority achievers who rise entirely through diligence, industry, and learning.’

So while I, as a white male, am the one discriminated against in this instance, the real sufferers are the minorities themselves, for whom the implication is that they can’t get hired based on their own merit. I reject this implication unequivocally. On the other hand, if I do manage to get a job, I’ll know that not only did I succeed on my own merit and hard work, but that I also overcame ‘positive’ discrimination. Hard to see how I’m privileged in this scenario.

Andrew Mahon
Andrew Mahon is a Canadian-British writer based in London.