Biden’s threat to Israel and us all 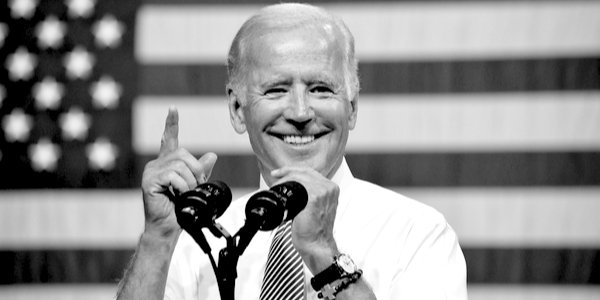 ‘DON’T threaten us with cutting off your aid. It will not work. I am not a Jew with trembling knees. I am a proud Jew with 3,700 years of civilised history. Nobody came to our aid when we were dying in the gas chambers and ovens. Nobody came to our aid when we were striving to create our country. We paid for it. We fought for it. We died for it. We will stand by our principles. We will defend them. And, when necessary, we will die for them again, with or without your aid.’

These powerful words were spoken by Menachem Begin, Israeli Prime Minister, to Senator Joe Biden in 1982 after Biden threatened to cut off aid to Israel during a meeting of the Senate Foreign Relations Committee. Biden banged his fists on a desk while berating Begin, a survivor of the Holocaust and the Soviet gulag camps.  But Begin wasn’t going to be cowed. His words are a reminder that Biden is not the nice guy the Democratic Party like to portray. Should he get the nod to be their POTUS candidate, and win, there is a real fear that the US will be lost for ever to a toxic quagmire of Islamists and the far Left.

Biden is yet another weak Democratic candidate, pandering to the demands of the far Left and Islamists in his party. His recent behaviour during the riots in the US shows him to be craven and supportive of those other disrupters of democracy – anarchists and race-baiters.

Israel is far more a central and crucial issue in American politics than in Britain. The US is home to 7.5million Jews, half the world’s Jewry. Israel and the US have a close relationship, with the US continuously supporting Israel’s right to exist. The Jewish state is also an important strategic ally for the US. This historically strong friendship between the US and Israel has occasionally been weakened by presidents such as Jimmy Carter and Barack Obama. But the damage that Obama did to Israel’s security, and the relationship between the two countries, was somewhat remedied by President Donald Trump.

Democratic Party Jews and their allies mistakenly cling to the belief that Biden is a centralist when it comes to Israeli policies. But this reputation is now redundant.

Biden gleefully welcomed the endorsement of the anti-Israel J Street, a liberal advocacy group which seeks to undermine the policies of the Israeli government.

A politician’s ethos is often illuminated by those who endorse them and J Street condone anything which threatens the security of Israel. Biden is also planning to appoint some of Bernie Sanders’s advisers on his foreign policy team should he win, placing another coterie of anti-Semites at the centre of power in the White House.

Most telling are Biden’s petulant plans to tear up any policies which President Trump has put in place to protect and strengthen Israel. Last month Biden, in a nod to the Islamists in his party, said he would reverse Trump’s decision on foreign aid and start to send money to the Palestinians again.

In 2018 Trump cut aid to the anti-Israel United Nations Relief and Works Agency (UNRWA). In the same year he signed the Taylor Force Act which requires Congress to withhold funding to the Palestinian Authority (PA) because of their ‘pay to slay’ policies. Force was a US citizen murdered by a Palestinian terrorist in Jaffa. Until then the PA received around £320million a year from the US.

The Palestinian leadership in the West Bank and Gaza have a nasty habit of siphoning off massive amounts of foreign aid to fund their luxury lifestyles and jihadist war against Israel, while many of their own citizens remain impoverished. Is it any wonder that Trump slashed this budget? Why would Biden want to change this policy and send tax dollars to Islamists who have killed both American citizens and Jews?

In a further symptom of senility, 77-year-old Biden said that he would reopen the Palestine Liberation Organisation (PLO) mission in Washington. The PLO’s terrorist activities are well documented. Any presidential candidate who wants to create an official presence of the PLO in Washington is no moderate or friend of the West. He also plans to reinstate Obama’s insidious and dangerous Iran deal, even though Trump correctly withdrew US participation in 2018.

Could the reason for these bizarre policies be that Biden is angling for votes in the now endemically anti-Semitic Democratic Party?

Biden’s blatant kowtowing to Islamists came after Israel announced that it will annex parts of the West Bank, a requirement of Trump’s peace plan for the region. Despite the outcry from the usual suspects, Palestinians living in annexed towns will not be under Israeli sovereignty.

Mahmoud Abbas, the PA president, has vehemently criticised the planned annexation. Biden likes to parrot the mantra of the two-state solution to show off his faux concern for Israel. But the reality is that this mythical solution was dead in the water before it even began. Trump’s peace plan will fail because the Palestinian leadership’s goal is not peace but the annihilation of Israel. Their Iranian paymasters won’t put up with anything less. Which makes Biden’s manifesto on Israel even more concerning.

Israel is a litmus test of morality and Judeo-Christian values for prominent American politicians such as Biden. A strong American standing with Israel is essential to keeping the West secure and ensuring that Jews never have to endure another genocide. With his pandering to the far Left and Islamists, Biden fails the test.

Given the mess Covid-19 has made of the American economy, coupled with the anarchy led by Black Lives Matter and Antifa, there is a real possibility that Trump could lose in November. Biden is so very keen to sell out Israel, America’s strongest ally, in the hope of collecting votes from Islamists and the far Left. His recklessness should worry every person who values freedom and security in the West.