Beware, young climate crusaders, your bandwagon has been hijacked 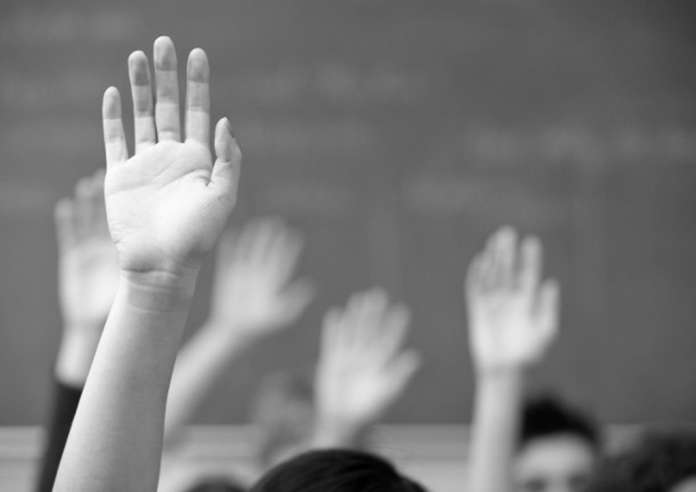 Schoolchildren are expected to join protests are being held all over Britain today as part of a global ‘climate strike’ day, with activist Greta Thunberg due to appear at a New York rally. Earlier this year CHRIS McGOVERN warned in TCW that the protest movement has become a vehicle for politically motivated agitators and extremists, with teachers jumping on the bandwagon. We are republishing his article first published on February 12, 2019, which is is just as relevant now as it was then.

SCHOOL’S out! At least, it will be on Friday afternoon for many pupils up and down the country. They will be staging a strike under the banner of UK YOUTH STRIKE 4 CLIMATE.

This is the product of an international green movement encouraging children to protest against ‘climate change’.

The initiative was started last August in Sweden by Greta Thunberg, who at the time was aged fifteen and three-quarters. During the Swedish general election campaign she skipped school to sit on the steps of the Stockholm parliament building displaying a sign stating Skolstrjk för klimatat (School strike for the climate). Since the election she has set aside each Friday to continue her ‘strike’.

I must confess that I rather admire Greta. Passionate and highly intelligent, she is a great advert for Asperger syndrome and for the need to protect our environment. The huge amount of publicity she has generated for her cause provided her with a platform at the recent World Economic Forum in Davos.

If my 35 years of teaching children count for anything, I believe that Greta’s actions constitute more than simple attention-seeking. Sadly, though, her cause is being hijacked and, increasingly, she is becoming a pawn in the hands of politically-motivated agitators and extremists.

What could be more propitious for those seeking social revolution than the arrival on the scene of a green version of Joan of Arc? With kids around the world taking to the streets, a bandwagon has started to roll. We should be concerned about who is jumping on board.

Unsurprisingly, at the head of queue has been the teaching profession. Such is the enthusiasm in many quarters for what is about to happen that the left-leaning Daily Mirror was happy to quote the right-leaning Sunday Express as its source of information:

A spokesman added: ‘Society makes leaps forward when people are prepared to take action. Schools encourage students to develop a wider understanding of the world around them. A day of activity like this could be an important and valuable life experience.’ https://www.mirror.co.uk/news/uk-news/plans-thousands-pupils-strike-applauded-13979399

The Guardian chipped in with this revelation:

One would-be striker, Anna Taylor, 17, from north London, said her school had given her ‘mixed messages’.

‘I chucked up a notice – “school strike in a few weeks” – on the noticeboard in the common room and they wiped it off, said “you can’t actively publicise it in schools” and “we’ll give you an unauthorised absence and detention if you strike”, but then they said “you can spread it by word of mouth and we do support your cause”.’

How exciting it all is, to be sure! What we have here is a new manifestation of the ill-fated Children’s Crusade of 1212. It, too, sprang out of international hysteria akin to that surrounding the current debate on climate change. It, too, was hijacked but, so far as we can construct a narrative, ended in the exploitation and enslavement of the children.

Roll up! Roll up! Join the climate change bandwagon ‘strike’! This is the best fairground entertainment since the one attended by Pinocchio. Climb aboard, kids, and get time off school as your reward! Are you really concerned about climate change? Do you know lots about it or do you just want a laff? Or perhaps you just wish to follow Pied Piper Jeremy’s tune.

We cater for each and every child, including the clueless, the illiterate and the innumerate. Knowledge and understanding may be ‘out’ but the ‘climate change’ bandwagon will most certainly take you where you wish to go and where we wish to take you.