Beware: A Liddle chuckle at the Welsh is now ‘inappropriate’ behaviour 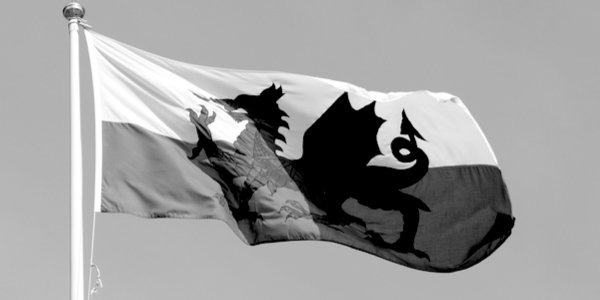 Liz Saville Roberts is a real person. I confirm this because, before checking and discovering her to be the leader at Westminster of Plaid Cymru, I mistakenly assumed Ms Saville Roberts to be the invention of a comic actress, one who had adopted the satirical persona of a humourless, ultrasensitive MP eager to take offence on behalf of the entire population of Wales.

The appearance of such a spoof creation would have been understandable after the censorious Welsh political class and Twittersphere had thrown a collective hissy fit following the joshing by Rod Liddle in the Sunday Times of April 8. Mind you, when there already exists an asinine MP, Clwyd South’s Susan Elan Jones, who had tweeted: ‘I have contacted the police about whether Rod Liddle should be charged with inciting racial hatred’, perhaps the situation was already beyond parody.

Today I contacted the Police about whether Rod Liddle would be charged with inciting racial hatred. Seems he’ll be known to the Police already.https://t.co/UGPC5bCZed

And for putative satirists it is also impossible to invent a more absurd figure than Arfon Jones, the Police and Crime Commissioner for North Wales who first attempted to have Rod Liddle prosecuted and then reported him to the Independent Press Standards Office. Though Jones failed with both attempts, and deservedly was described by Rod in his next Spectator column as being both a ‘dunderhead’ and a ‘halfwit’, the £70,000-a-year Commissioner and self-proclaimed ‘progressive Leftie’ remains unduly pleased with his attempted assault on free speech and journalistic freedom, calling Liddle’s criticism ‘a badge of honour’ and pathetically begging for retweets of his claim.

Liz Saville Roberts, a daughter of the famous Welsh settlement of, er, Eltham in south London, has now taken overreaction to new heights. On Tuesday this week she was granted a fatuous Westminster debate titled Protection of Welsh Speakers from Defamation, during which she argued that protection under equality law should be extended to prevent mockery of the Welsh language. Despite stating ‘I do want to establish a sense of proportionality’, Lizzie proceeded to do exactly the opposite, describing the ‘recent contributions of a topical columnist’ as the ‘latest manifestation in a long-established tradition of decrying, belittling and mocking the Welsh language and, by association, Welsh speakers’.

Responding to Saville Roberts and a cadre of truculent Taffies, the Under-Secretary of State for Wales, Stuart Andrew, gave a less than robust defence of press freedom. While taking the view that defamation was adequately covered by existing legislation, he nevertheless described Rod Liddle’s writing as ‘frankly downright rude’ and wimpishly promised to write to Liddle’s editor – a letter which one hopes will go directly into the shredder at the Sunday Times. Stuart Andrew also felt obliged to be a comedy critic: ‘Even though we’ve got a Welsh sense of humour and the author of that article says that it was a joke, I have news for him: he’s not much of comedian.’

Fortunately, adjudication on what is and isn’t funny is not the role of a government minister, at least not yet. Expressing a much more commonsense view was his parliamentary colleague David Davies, Conservative MP for Monmouth: ‘Let’s be honest, it’s always a good source of humour to poke fun at the English – what’s good for one has to be good for another . . . [Rod Liddle] specialises in a kind of pub banter which I actually find quite entertaining.’ But such is the scale of irrational grievance that Tonia Antoniazzi, Labour MP for Gower, asked the Minister to ‘acknowledge the inappropriate comments by the Honourable Member for Monmouth’. Yes, according to this Leftist prig, merely chuckling at a Rod Liddle article is now ‘inappropriate’ behaviour.

Before the Westminster debate, Liz Saville Roberts, the leader of this pious mob, had appeared on the BBC’s Daily Politics. Alongside her was the always harmonious James Delingpole, whose opening gambit referred to Wales as ‘a whiny welfare state, where the best the elected officials can do is grumble about how offended they are by nasty columnists’ – a neat summation which rather made redundant the rest of the discussion.

When pressed whether she seriously wished to criminalise the likes of Rod Liddle, Liz Saville Roberts dodged the straight question. Instead, fallaciously she sought to link mockery of the Welsh language to the Brexit vote and a non-existent spike in hate crime: ‘Insults towards the Welsh are on a spectrum with anti-Semitism and Islamophobia; if you tolerate that, then we are tolerating on the walk to the others.’ Wow, that is a helluva spectrum. Ultimately, the best Saville Roberts could offer was that ‘there is a long tradition of people losing their confidence in using the language’ – loss of confidence being a somewhat flimsy basis for introducing yet another new and exciting category of hate crime.

Because of the solemnity with which Ms Saville Roberts described Rod Liddle’s trivial transgression, Delingpole struggled to keep a straight face: ‘I have great faith in the people of the Land of my Fathers,’ – tut-tut, James: much too patriarchal – ‘52 per cent of whom voted Brexit, which shows they have a lot of common sense.’ And when he asked Liz Saville Roberts: ‘What is Welsh for “Get a life”?’ it is likely that Delingpole temporarily usurped Rod Liddle as Wales’s public enemy number one. Here are a few comments on Twitter:

And it’s fucking hilarious that you should think, even in jest, that a connection to a long assimilated branch of the Welsh aristocracy would earn you a pass for being an anti-Welsh piece of shit. Try being Welsh in the 21st century, motherfucker.

BBC has a list of controversial ass holes that can be relied upon to say something stupid, even fake news – @JamesDelingpole a climate change denier who habitually resides up Steve Bannons back side and poor Loyd Grossman impersonator is one of them. https://t.co/UFJBmA0jtW https://t.co/1XsHYibcEQ

There were many more – though some were in an unintelligible script which appears to be some sort of secret language . . .