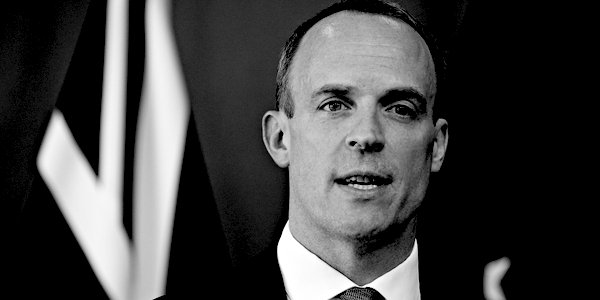 Robert Harris’s portrayal of Neville Chamberlain in his novel Munich is of a man so opposed to the notion of confrontation that he deluded himself he could manage Hitler and deliver peace. This was 1938, when the German leader was demanding parts of neighbouring Czechoslovakia which he threatened to invade. At a meeting in Munich, in the knowledge that Czech allies were under guard in the same hotel and locked out of the talks about them, the British Prime Minister negotiated what he famously called ‘peace for our time.’ The Munich Pact, the settlement of the Czechoslovakian problem, was not, as we know, to presage European peace, rather further territorial aggression from Hitler and ultimately the Second World War less than a year later. Compromising with Hitler led Chamberlain to compromise the Czechs and his own country.

Last night, watching Mrs May deliver her studiously impassioned (any deal is better than no deal), statement in Downing Street, this question of when is a compromise a betrayal echoed down the decades. May would rather threaten her own people with ‘Brexit Reversal’ than square up to the EU. Their declarations are 79 years apart but the similarities between May and Chamberlain struck me – stubborn, vain, self-opinionated and dishonest, and under the delusion that what they ‘achieve’ is the pinnacle what is politically possible. Well, some may decide to join in this game of pretence and act co-conspirator, but most won’t be taken in. As an example of Orwellian doublethink, the ‘concession’ the BBC has repeatedly told us she ‘won’ from the EU to allow us to stay in the very Customs Union it was her duty to get us out of, is hard to beat.

Dominic Raab and Esther McVey, to their credit, have decided this morning they cannot continue with this fantasy.

According to Harris’s depiction, Chamberlain blocked advice and reasoned argument by making himself unapproachable and unavailable. So too Mrs May. She must have determined to see no evil and hear no evil about the EU. How else could she be oblivious to the trick played on her by Leo Varadkar with his shameful stitch-up of the UK over the Northern Ireland border, the one that the BBC has also similarly avoided reporting or commenting on?

How else could she be so oblivious to the UK’s real power over the EU? Surely someone, somewhere and somehow, must have tried to explain to her what the loss of Britain means to the EU? It is a far greater catastrophe for them than for us. Or did she close her ears to all but her civil servants who hold Britain in such contempt that they believe we are nothing without membership of the EU?

Is that what hopeless Penny Mordaunt and Andrea Leadsom have been persuaded to think? Maybe so, but it’s hard to believe it of the very much cleverer Michael Gove or the former Defence Secretary Dr Liam Fox. Can they be unaware of the huge scale of what Brexit means for Europe? That the loss of the UK to the EU is of a far greater order than the other way around?

‘With Brexit, the EU will lose its financial centre; its second-largest economy; the second-biggest net contributor to its budget; and a member with a political and cultural reach across the globe that not even France can match.’ This is what Italian Professor of International Law Guglielmo Verdirame wrote in Standpoint this month.

No wonder the EU have played hardball. They are the ones who truly have something to fear. The geopolitical risks to the EU of a No Deal scenario are far greater than the risks to us – a knowledge that should have underpinned our negotiations with the EU from the start.

Yesterday, far from resigning as commentator Paul Goodman said they must if the deal May presented did not meet his five tests, Gove and Fox reportedly spoke in support of it, and a collective Cabinet collapse followed.

Their betrayal of our trust is as great as the Prime Minister’s.

The deal they’ve defended looks to be a model of the very EU bureaucracy that we wanted to escape. Scrolling through its 585 pages, you see before you a Eurocrat’s dream or a Kafkesque nightmare (take your pick) of chapters, articles, titles and annexes that, I predict, will have lawyers and officials arguing for years as we stay stuck in a vassalage limbo that that historian Robert Tombs confirmed will indeed be our lot.

After Mrs May made her declaration of EU appeasement, the radio journalist Julia Hartley-Brewer tweeted:

Whatever happened to “No deal is better than a bad deal”? This deal is even worse than staying in the EU.

Theresa May and her Cabinet have bottled it and sold this country down the river.

We will not forget this.

There are very many in Britain who won’t forget this travesty of democracy. It is as bad a day in British politics as I have known. We can only hope that, like Neville Chamberlain, Mrs May will meet her nemesis.

Now the Brexit Secretary and the Work and Pensions Secretary have opted out of this deceit, perhaps others will have the guts to follow them and Mrs May’s days as Prime Minister will then indeed be numbered.