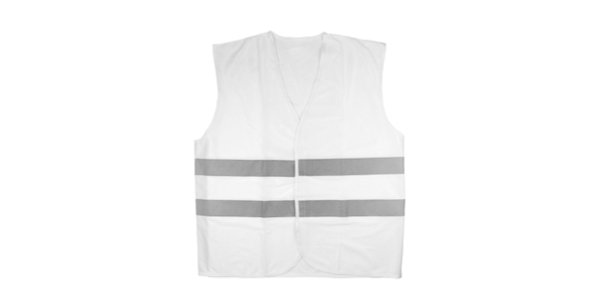 NEW Year’s fireworks aside, 2019 has arrived with not so much of a bang, more of a stab. After two people were fatally knifed just six hours into January, London Mayor Sadiq Khan can put his feet up, confident in having hit his murder quota for the week. In other news, we are just over two months shy of our extrication from the jaws of the EU – it’s going to be a bumper year.

As a prelude to Brexit, the collective prophets of doom have toiled assiduously to dissuade the electorate from its goal of leaving, but have unfortunately been proved wrong on practically every measure. The ‘project fear’ guys have been telling us interminably that we’ll be out of medicine, drinking water and even clean air within 24 hours of our exit. On the upside, however, we’re sure to be inundated with STDs, so at least we’ll be going out in style!

In addition, the many voices predicting civil war across Europe in the next few decades thanks to the growing Muslim populations must have been shocked that their dire prognostications were too conservative.

What no one anticipated was that the people of Europe, so sick of their duplicitous leaders, have stolen the march on them and taken to the streets with all the zeal and efficiency of German holidaymakers commandeering the sunloungers.

The citizens of Europe appear to have resigned themselves to the inevitable civil war, and have at the very least won the toss. This is observable in those European nations struggling without the assistance of a ‘populist’ leader (an amusingly derogatory term for someone who unashamedly puts their own citizens first).

Thanks must go to the French, the oft-ridiculed surrender monkeys of Europe, in whose soil the beautiful spirit of freedom has once again blossomed. Having so often borne the brunt of aggressive German foreign policy, they have had just about as much enrichment as any nation should have to put up with.

The gilets jaunes have been protesting since November and show no signs of giving up. Why wouldn’t you riot, with President Macron less popular than a night out with Angela Merkel?

In Britain, the weary taxpayer is no stranger to being sold down the Swanee, something its elected representatives manage quite as well as the unelected bureaucrats in Brussels. Having previously seen Tony Blair’s contemptible £9.3billion waiver of the EU rebate, and knowing full well that May intends to flush away £39billion without getting so much as a toilet duck in exchange, the British too are mobilising.

In the true EU spirit of free movement and trade of ideas, yellow-vest-wearing Brits took to the streets for the first time last weekend. Marching on Parliament Square, the protesters were peaceful and good-natured with chants of ‘Bye bye EU’ and ‘What do we want? Brexit! When do we want it? Now!’ While the MSM were unfazed, the police most certainly were not.

In a presumed orchestrated bid to quell the movement before it gained traction, the police decided to be rather more hands-on than usual. Social media footage quickly circulated of them calling the yellow vests ‘racist’, assaulting protesters, and with valour beyond the call of duty, manhandling and arresting a 13-year-old girl. This mistake will undoubtedly swell the group’s ranks more than any peaceful protest could have.

The British people have had enough. They are sick and tired of being called racist for holding sensible opinions. Sick and tired of everything being policed except real crime, while the authorities police their reactions on social media.

But most of all, the people are sick of having their democratic voices ignored. If votes mean nothing (apart from the right kind of votes, of course), the social contract is not worth the paper it’s written on. What choice do they have?

It’s a credit to the people of Europe that they have finally decided to do something about their governments’ dishonesty. It’s a pity that their own beautiful capital cities are the battlegrounds in which they must fight, but so be it.

It’s also fitting that a 13-year-old girl had the undivided attention of an entire police unit. If only the Old Bill had been half as fervent preventing the heinous crimes committed against teenage girls across the nation.

2019 has only just begun, so fasten your seatbelts because the yellow vests are here to stay. If Theresa May scuppers Brexit, as I cannot help but think she will, the government is really going to have its hands full. As an aside, any company which manufactures or imports yellow vests might want to get another 17.4million on order, just in case.