Being an immigrant and a young conservative 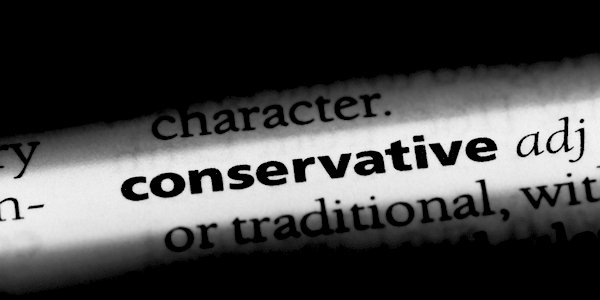 I REMEMBER when I first arrived in the UK from Poland with great confusion as a young child in a strange country. Both my parents knew some English and they had a hope that my life would be better than theirs.

Going through the education system, like most immigrants I was made to hate the UK and western culture. It resulted in me believing the illiberal liberals, that I would not get anywhere in this country of great hopes, as I will have invisible barriers that will prevent me from succeeding. I started underperforming in school because I believed the leftist propaganda. I remember being in year 10 and a few teachers started asking me why I was doing so badly in education. One of the most important things that was said to me was ‘If you work hard you can achieve anything’ by my physics teacher. It blew my mind!

I believed in the socialist ideas, especially seeing my parents struggle financially. My mum said, Do not be jealous of what they have, instead aspire to be like them. Throughout my early teenage years, I thought of my parents’ and grandparents’ conservative ideas as pure craziness and them defending the rich.

However, they were right and I was so wrong. The more I began to question my leftist values the more and more I began to become a conservative. I learned that socialism was not the heaven that I imagined, but has actually caused pain not only in my home country of Poland but also around the world. Seeing my mother rise through the ranks of the company she worked for made me realise that if you work hard then you can achieve anything. The more I came to conservatism the more my faith in Christianity returned. With time I noticed that Christianity stands against socialism and communism, as they break the commandment ‘thou shall not steal’ – equal redistribution of wealth is stealing from the rich. It caused me to also become pro-life, a stance I will keep till my death and something I will always advocate.

This resulted in me becoming the number one target of leftists in my school. Many people said I was a traitor to immigrants and an extremist. Extremist is always a word weapon of the left to discredit someone with a point. I was not a traitor to immigrants, I have always been pro-hardworking immigrants with a controlled immigration system. I believe that giving immigrants preferential treatment is racist behaviour by the so-called ‘tolerant’ left. I have a vision and a hope that immigrants will be treated the same regardless of where they came from; this in turn was a behaviour adopted by the right wing. My tough stance on immigration and my belief that immigrants should be treated equally but not better angered many of the leftists in school, telling me to ‘go back home’. Thankfully, my girlfriend helped me through that tough time and she is a person who I also brought to the conservative side.

My turn to conservatism resulted in me working hard on my GCSEs and A-Levels and going to university to study politics and philosophy. The issue of leftist control I sadly found was prevalent in university too! This time around I did not want to face the battle alone so I joined the university Conservative Society and was glad to find other conservative immigrants.

The hope my parents had for me is on the road to being fulfilled and I am glad that I am keeping them proud. I will always be a Christian first as it is the moral code I follow. Secondly, I will always be British as this land raised me and gave me wonderful friends, opportunity and an amazing girlfriend. Thirdly, I will always be Polish as that is the heritage of my ancestors. I will fight to conserve these values and these values saved me in education and I know will save me in later life. I have a hope like my parents that if my children decide to be conservative, they will not be shunned.