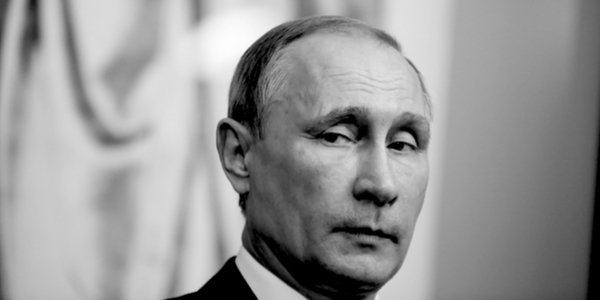 PRESIDENT Putin moves to support traditional marriage by adding it to the Russian constitution and, predictably, our ‘impartial public service broadcaster’ paints it in as negative a light as possible.

Apparently unable to accept that another country might hold different values from their own, the BBC insist it cannot be to do ‘with reflecting current values in society’ (even though they admit  these are ‘populist’, i.e. popular, measures) but with ‘creating talking points’ that conceal Putin’s power grab ‘to remain in a position of influence or power after 2024’.

How about Putin really believes in this, and knows Russians do too? He was after all encouraged by lawmaker Olga Batalina, deputy president of the Duma Committee on Family Policy – a youngish woman, and oddly absent from the BBC story despite their usual keenness to feature the oppressed sex, but only when they have the correct views, it seems – to enshrine man-woman marriage in the constitution to protect against the unwelcome innovations seen elsewhere.

At a meeting to discuss the constitutional changes, Batalina said the family is under attack from attempts to introduce terms such as ‘parent number one’ and ‘parent number two.’

Putin responded: ‘As far as “parent number 1” and “parent number 2” goes, I’ve already spoken publicly about this and I’ll repeat it again: As long as I’m president this will not happen. There will be dad and mum.’

This reflects more than just Christian moral sentiment, welcome though that is, but a practical concern too. Putin, like other Western leaders, will have his eye on the Russian fertility rate, which had earlier seen a small recovery and rallied.

At 1.5 children per woman it is now well below the replacement rate of 2.1. Putin is acutely aware of the threat this poses for Russia’s future and is taking radical measures to address it.

He will also have noted the new enthusiasm for marriage between 2000 and 2015 (after dropping off a cliff in the 80s and 90s as communism collapsed), but which has notably stagnated in the last few years and resumed a decline.

With man-woman marriage universally the surest predictor of fertility, Putin’s uncompromising support for marriage should also be considered in this light.

Not a peep of this from the BBC, just more sneering and cynicism about conservative policies. They didn’t even manage to find a single person to speak in favour of the reform, despite it being (by their own admission) immensely popular in Russia.

Britain, like most of the post-1960s world, is experiencing its own fertility worries. Rather than turning up their noses at countries such as Russia and Hungary which are taking the issue seriously (and who rightly think mass immigration is not a sensible, sustainable solution), the BBC would be sensible – and truer to their Charter – to be covering these stories with a modicum of impartiality and genuine curiosity about why some countries might approach things differently than we do with a tax system that actively penalises families, and how pro-family policies are faring.

Unfortunately, the BBC long ago replaced their much-vaunted impartiality with a radical progressive agenda that is less and less tolerant of anything to the right of Antonio Gramsci. It is a continuous sore point for conservatives that we are forced to pay for this ‘public service’ of being sneered at and having our values maligned by our state broadcaster.