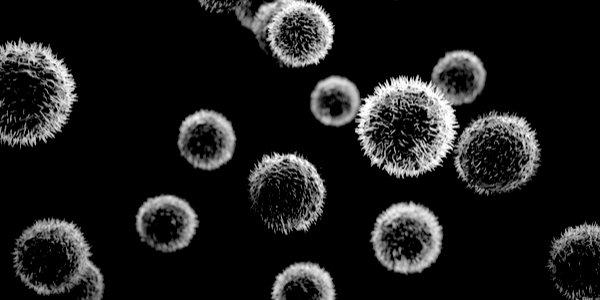 RIVAL clans of bacteria are fighting each other using antibiotic weapons made from sympathetic viruses, according to the unique but accurate interpretation I have made of a US study.

The study could tell us many things. The author claims there are lessons to be learned about climate change. Personally, I think the battling bacteria have exemplified how Britain is better off outside the EU.

Professor of Microbiology Alison Buchan goaded gangs of rival bacteria into inter-colony violence in petri dishes belonging to the University of Tennessee in Knoxville.

Her excuse for creating these conflicts was that their outcomes have wider ramifications that just the simmering tensions in the prokaryote community.

‘Marine microbes are uniquely responsible for carrying out processes that are essential for all of earth’s biogeochemical cycles, including many that play a role in climate change,’ says Buchan.

However, relationships between bacteria and viruses could teach us about much more than climate change. For many futures and options traders in the City of London, the conflict-driven dramas involving rival bacteria could give us clues about Brexit Britain’s standing in the international trading ecosystem.

Buchan’s research suggests that international diversity is a strength. Each bacterial colony evolves by keeping its own identity with its own borders and defence mechanism. A managed intake of microbes that are willing to integrate and form symbiotic relationships will stimulate the economy of the colony. However, this is a complex mechanism that would be destroyed by heavy-handed interference.

If we merged all biodiversity into one sclerotic jumble of mis-matched mitochondria and disaffected DNA, we’d have a microbial model of the EU. In the fetid anaerobic lab culture that this system would foster, the worse possible mutations would end up dominating. That is the coded warning that the author of this study is trying to send us. Being an academic, however, free speech is limited, so she must send us the story encrypted within a global warming package.

On Sunday Buchan presented the findings of her research to the annual meeting of the American Association for the Advancement of Science in Washington, DC.

The narrative seemed simple enough. All rival communities of bacteria compete with each other for resources. In the course of this fight, they will produce antibiotics and use them as weapons on each other. They produce these antibiotic shivs in conjunction with viruses who live within them. Buchan debunked the myth that viruses always kill their microbial hosts. That is Fake News, worthy of CNN or the BBC.

In fact, many viruses and bacteria get along fine in a mutually beneficial relationship. The virus establishes itself inside the microbe and, in return, grants its host immunity against attack by similar viruses. It also helps the bacterium to export antibiotics to its rivals.

This competitive interaction could stabilise the size of microbial populations in marine systems, which in turn may balance the biogeochemical processes related to climate change, says Buchan.

She adds that we can learn much from the bacteria which use the viruses that infect them as weapons against others.

Having said that, we had Nick Clegg and he was absolutely useless at negotiating on our behalf against the rival cultures in the EU petri dish. As is Theresa May. In fact, there is absolutely no strain of the Remain virus that has made any impact at all in the EU.

So maybe we’d be better off chucking the whole useless culture in the disposal unit and crashing out.