NewsPaperthe art of publishing
Home News Back in the EUSSR
0

Back in the EUSSR 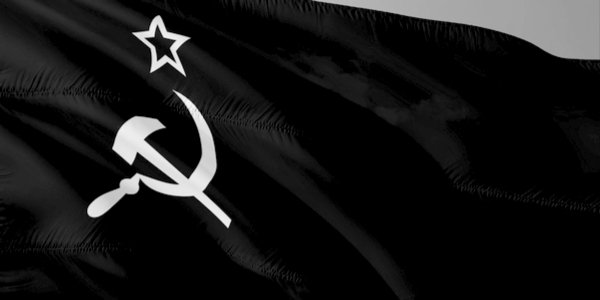 JEREMY Hunt’s likening at the 2018 Tory conference of ‘the EU club’ to a ‘prison’ akin to that of the Soviet Union ‘that stopped people leaving’ was grist to the mill for critics of Brexit who roundly accused him of ignorance and opportunism.

However, setting aside the deliberate hyperbole in his argument, provoked by frustration towards the obscurantism of EU bureaucrats, a much more serious comparison between the EU and the USSR can be made. Notwithstanding the shift against political and personal liberty that has undoubtedly occurred over the past few years in the EU, the closest resemblance between it and the USSR can be found in its embrace of international collectivism. In the same way that Soviet internationalists approached their ideology, advocates of a European super-state view their idea as an inevitable historical process and a panacea for Europe’s ills.

Ever since the launch of the European integrationist project, calls for the abrogation of national sovereignty have become louder. Initially, they were confined to the pages of treaties and to the occasional speech to test the waters of political acceptability. But in time they entered the political ‘mainstream’, so much so that to question them was to commit the ultimate heresy. This would explain the unprecedented vitriol and opprobrium that greeted those who rebelled in the UK in the 2016 referendum.

Although the ‘Declaration on the European identity’ that was first referred to at the Copenhagen summit in December 1973, and reaffirmed in Maastricht’s Common Foreign and Security Policy, was diluted in subsequent treaties to ‘respect the equality of Member States . . . as well as their national identities’, the EU maintained its overriding aim of ‘ever closer union’ among Europe’s peoples. This finds specific resonance with the so-called Soviet Nationality Policy, the USSR’s mechanism to regulate inter-nation relations among its republics with the ultimate aim of the destruction of their cultural identities. Consisting of three contradictory concepts, (i) rastvet (the flowering of nations), (ii) sblizhenie (the growing closer together) and (iii) sliyanie (the merger of nations), this ideological formula was to usher in a united Sovetski narod (Soviet nation) after an appropriate time of intense political socialisation with propaganda about the virtues of internationalism. Devised in the aftermath of the Revolution and Civil War, it was to form the official alternative to classical Marxist internationalism that was found so wanting amidst the Civil War nationalist uprisings. The prevailing conditions of course in the EU are somewhat different to those of the USSR, in the absence, for instance, of a dominant nationality as was Russia, a formal ideology with which to justify a state or a coercive apparatus with which to pacify opponents, though in the light of the EU’s increasingly aggressive sanctions regime against errant member states, the latter may not be far in coming. Nevertheless, differing conditions fail to disguise the similarities in policy which have even been conveyed in interchangeable phraseology. This is most notably illustrated by the 1961 Programme of the Soviet Communist Party, the USSR’s own Maastricht and a watershed in its identity politics, which declared the need to construct relations ‘in which the nations will draw still closer together until complete unity is achieved’. And though Maastricht avoided the classical Marxist concept of sliyanie it did imply that cultural fusion was a desirable end through ‘the flowering of the member states, [while] respecting their national and regional diversity and at the same time bringing the common cultural heritage to the fore’.

The EU has been well aware of the urgency of cultural engineering for the long-term success of its integration project which has required the creation of a Europe-wide feeling of belonging among the peoples of the member states. A host of well-funded integrationist initiatives from school and university exchange programmes, through which EU propaganda has been channelled to Europe’s youth, to divide and conquer regionalisation, which according to the former president of the Committee of Regions, Professor Manfred Dammeyer, strengthened integration in an age when ‘concepts of the nation and state are fading away’. Where comparison with Soviet practices is strongest, however, is in its academically futile attempts at engineering a ‘eurohistory’ that sought to overcome millennia of mutual national antagonisms and prejudices. When in 1994 Ernest Wistrich, a former director of the European Movement, railed against school curricula as ‘a hoary accumulation of subjective national bias, often hostile to its neighbours [which] should be weeded out’ was he not merely echoing the words of Soviet Marxist historian Mikhail Pokrovsky, who declared in the 1920s that ‘the term Russian history is a counterrevolutionary term, replete with nationalist and imperialist connotations’?

The cause of European integration has never been more than an elitist pipe dream guided by EU institutions who have drawn on the intellectual heritage of Enlightenment thinkers for whom Europe, in Voltaire’s words, was ‘a kind of great republic divided into several states’ in which, so Rousseau declared, ‘there are no longer Frenchmen, Germans and Spaniards, or even English, but only Europeans’. Their ideas certainly weathered well over subsequent years, though outside the elite circles of Europe’s state-builders calls by the likes of Richard von Coudenhove-Kalergi to ‘all civilised men [to] work towards ensuring that tomorrow, the nation becomes a private matter for each person, as religion is today’, found little sympathy amid the patriotic atmosphere of the first half of the twentieth century. It took much effort in the post-Second World War era to craft an agenda that would beguile so many with faux claims to democracy, financial probity and virtue. But as the mask began to slip from the carefully choreographed project, resistance mounted, which, as all autocratic entities are programmed to do, was ignored with ever more radical ambitions. What had once been hidden in treaties so as not to scare the horses, now the idea of a ‘European federation of nation states’, as declared in 2012 to the European Parliament by the then President of the Commission, Jose Manuel Barroso, former Maoist and member of Portugal’s Communist Party, openly parades as the EU’s final destination. For other Europhiles, like the liberal-leftist leader of the European Parliament, Guy Verhofstadt, only a triumphalist imperial future will suffice.

It is notable that those who reject parallels between the EU and the Soviet Union do not see the irony of their arguments. In the same way as the idea of a ‘Soviet people’ failed to dislodge loyalty among Soviet citizens to their respective national affiliations, so the idea of European integration has failed to generate a sense of European collective identity among its disparate peoples, beyond perhaps nurturing a superficial sentimental attachment to a geographical place called Europe. The manufacture of common symbolism is a poor competitor for the cultural, emotional and ethnic ties as well as the collective memories that bind a people together within the embrace of a nation. Artificial ‘unifying factors’ are not as habitual as their national equivalents are but have to be taught through promotion, something which all too easily can be received as mere propaganda particularly at a time when the integrationist project is unpopular, as it manifestly has become. This lack of common cause among Europe’s peoples and of an emotional attachment to a country called Europe has meant that integrationists have few ‘natural’ common denominators that could persuade people to accept European heritage as their own. And in rejecting the Christian value system upon which Europe was built, in favour of a post-modern social model that panders to a plethora of minorities, the EU has discarded the only organic force with the potential of offering Europe a degree of cultural unity as well as moral guidance.

The EU has reached a watershed in its existence. It can continue to congratulate itself on its perceived achievements, as the Soviet hierarchy did in the final days of the USSR, as well as dismiss resistance to its project as the doings of nationalist counter-revolutionaries. But history, in that case, will pass it by as it did the Soviet Union. Of course the EU differed significantly from the Soviet Union. But it is not untoward to make comparisons between the two federations, particularly in the light of their shared fundamental conviction that there is no meaningful role for the nation-state.