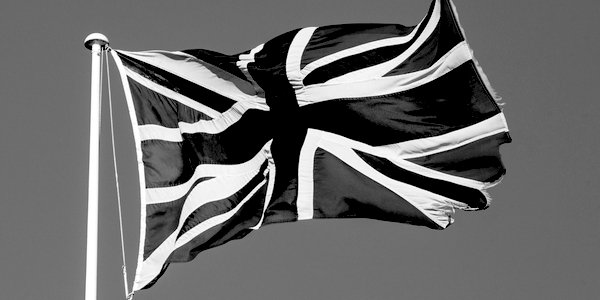 ‘CULTURAL issues are the defining ones of our times. Too many opinion-formers nowadays appear to agree that Western culture is indefensible or a source purely of shame. We, however, believe that the West is in fact a unique bastion of reasoned freedom and that Britain in particular should be proud of the great role it has played in Western education, art and culture.’

At a time when the country’s institutions are under unprecedented attack, and are threatened both physically and verbally, does this defiant defence of British history and culture come from a British Government minister? Of course not. As Kathy tweeted recently:

Those unwavering words I quoted at the start are not of course Boris Johnson’s. They are from the opening of a short monologue released this week by Peter Whittle. Peter is founder and director of the New Culture Forum, which he formed to ‘challenge the cultural orthodoxies dominant in the media, academia, education, and wider British culture’. No doubt many TCW readers are already familiar with the NCF’s video channel and will have viewed its panel discussions and Peter’s series of interesting interviews (which, in mock tribute to Channel 4’s Cathy Newman, is titled So What You’re Saying Is . . .) with right-thinking individuals.

Peter Whittle is in fact quoting himself from 2006. He is repeating the reasons why he created the New Culture Forum 14 years ago (many of which overlap with The Conservative Woman’s culture war mission which started eight years later) when Tony Blair was still prime minister and the Left was close to completing its long march through the institutions; meanwhile, husky-hugging David Cameron tried and failed to introduce an alternative society-driven social conservatism, which almost from the start fell foul of Left-liberal pressures which beset the parliamentary party to this day.

Even in 2006 Whittle recognised the need for an outlet to oppose ‘an atmosphere which is dominated by the existence of a Liberal/Left groupthink’. Yet compared to the cultural clashes of today, the post-Millennium years now seem relatively tranquil, a halcyon period before the egregious Equalities Act of 2010 which, with its pernicious ‘protected characteristics’ and creation of spurious hate crimes, legitimised and encouraged political grievance-mongering from the Left.

Britain is not yet experiencing the anarchy afflicting many parts of the United States, but the current Conservative Party is as lily-livered as the Republicans who shrug while the lunatic Left literally dismantle and torch American civilisation.

In the above clip, an enraged Mark Steyn berates the Republican Party’s ‘worthless, jelly-spined nothings’ for having been put to shame by a ‘ridiculous, dinky, dweeby, metrosexual globalist’, more commonly known as Emmanuel Macron, who has vowed: ‘The Republic will not erase any trace or name from its history. It will not forget any of its deeds or take down any statue.’

Peter Whittle similarly laments the cowardice of our domestic leadership: ‘Isn’t it odd that in fact we have to look to France, to President Macron, who unequivocally said there will be no changing of names in France, there will be no pulling down of statues. That is exactly what we should be hearing from our own leaders, but we are not.’

As a member of the London Assembly, on which Whittle and David Kurten form the Brexit Alliance, Peter has spoken out against cultural iconoclasm, tackling Sadiq Khan regarding the London mayor’s hastily formed Commission for Diversity in the Public Realm, a tribunal of retribution which Whittle derides as ‘straight out of the Maoist cultural revolution playbook’.

Khan’s ‘kangaroo court’ is an example of why Peter Whittle felt it important to reaffirm the founding principles of his New Culture Forum: ‘What we’ve seen over the past few weeks has been an attempt to effectively de-legitimise British history, to make it somehow about just one narrative, slavery, when indeed of course it is a massive, far-reaching and expansive history. I am very proud of that history, I know we all are here, and I know you are too.’

Peter concludes by urging proud Britons to ‘keep the faith and don’t be disheartened’. Here he explains why.