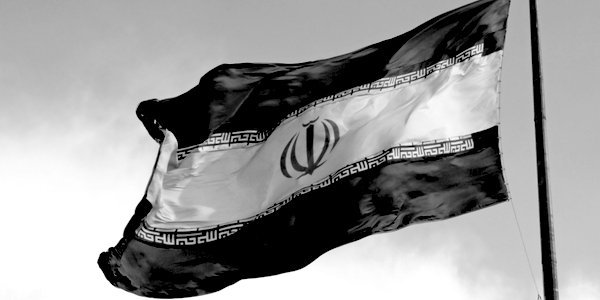 F YOU were asked which was the most unlikely nation to be experiencing Christian conversions on a large scale, the chances are that the 40-year-old Islamic Republic of Iran would be near the top of the list.

The country is ruled by a hardline theocratic regime where conversion from Islam and sharing the Christian faith are both illegal, and persecution of Christians is intensifying. Yet not only is the church remaining steadfast in the face of persecution, it is growing so rapidly that Iran’s government leaders are openly acknowledging its staggering expansion.

In 1979, when the hardline Islamic regime was established, there were approximately 500 known Christians in Iran. The subsequent two decades ushered in a wave of persecution that continues today. All missionaries were expelled, evangelism was declared illegal, Bibles in the Persian or Farsi language were banned, and pastors were killed. There were genuine fears that the small Iranian church would be crushed.

Instead it has multiplied in an extraordinary fashion. Today there are approximately 500,000 Christians and some sources put the number higher. More Iranians have become Christians in the last 20 years than throughout the previous 13 centuries since Islam subjugated Iran. Multiple reports indicate that even children of political and spiritual leaders are leaving Islam for Christianity.

Contrary to expectations, Iranians have become the Muslim people most open to the gospel in the Middle East. In 2016, Operation World named Iran as having the fastest-growing evangelical church in the world.

The harsh rule of the ayatollahs and the violence perpetrated by Islam throughout the world has given rise to widespread disillusionment amongst the young with both the regime and the Islamic faith underpinning it. It is this, coupled with the faithfulness of Christian believers who, in the face of persecution, risk everything in order to share the gospel, that has given birth to the remarkable growth of Christianity.

Article 23 of Iran’s constitution states that ‘no one may be molested or taken to task simply for holding a certain belief’ and Iranian officials, such as the Foreign Minister, claim that members of religious minorities are not targeted in Iran.

Yet Iran’s Minister of Intelligence Mahmoud Alavi has admitted to summoning converts to Christianity for questioning, saying that mass conversions ‘are happening right under our eyes’. Alavi has for the first time publicly admitted that his intelligence agency is collaborating with Shi’a religious seminaries in seeking to combat the perceived threat of mass conversions to Christianity across the country.

Alavi admitted that ‘these converts are ordinary people, whose jobs are selling sandwiches or similar things’. He also admitted that ‘whole families’ are converting.

This is a significant shift from the usual government rhetoric which portrays converts to Christianity as agents of the West who have been trained to undermine national security. Such accusations have been known to form the basis of official court rulings against converts, on the basis that their conversions are collusion with the ‘Zionist’ enemies of Iran.

Last year a Christian, Payam Kharaman, was sentenced to one year’s imprisonment on a charge of propaganda against the regime in favour of Zionist Christianity through the holding of house meetings, evangelism and inviting people to Christianity and the inclination to the land of Christianity.

It is not only Iran’s intelligence community who are alarmed at the number of conversions to Christianity. Reportedly, Islamic clerics are expressing serious concern about the many young people converting to Christianity. One seminary leader, Ayatollah Alavi Boroujerdi, remarked that ‘accurate reports indicate the youth are becoming Christians in Qom and attending house churches’. The seventh-largest city in Iran, Qom is the largest centre for Shi’a scholarship in the world and is regarded as Iran’s ‘holiest’ city.

In a speech in Qom, Iranian cleric Hujjat al-Islam Naser Rafiei warned against the spread of Christianity. He specifically named house churches and evangelical networks as an attraction for Iranian youth whose faith in Islam is diminishing. As the church in Iran multiplies, greater persecution inevitably follows; hard-line Islam knows only one answer to Christianity. The crackdown on house churches continues to intensify. House churches constitute a double threat to the ayatollahs: they are Christian, and they are groups beyond the ayatollahs’ control. Officials search for and arrest anyone involved in these typically tiny fellowships.

Prison sentences of varying lengths are inevitable outcomes for anyone who defies Iran’s ‘no house church’ law. Open Doors has reported numerous atrocities against Christians in Iranian prisons, infamous for their treatment of political prisoners.

Iran’s Christians bear this harassment and oppression with incredible faith and even cheerfulness. Manoto News broadcast footage of five Christian converts, four of whom have young children, waving goodbye to their loved ones as they submitted themselves to the central detention centre in Karaj in July 2019 to begin their jail sentences for ‘propaganda against the state’.

In the book of Acts we find that the persecution suffered by a group of committed and Spirit-filled disciples became a catalyst for the spread of believers and churches. Facing persecution, some scattered and took the gospel with them. Others remained in the places where it was most strategic and therefore most dangerous. They all faced arrest and beatings for their fidelity to the gospel. Still, they witnessed and laid the foundations for a movement which reshaped the world.