Are these celebs really helping the mentally ill, or just virtue signalling? 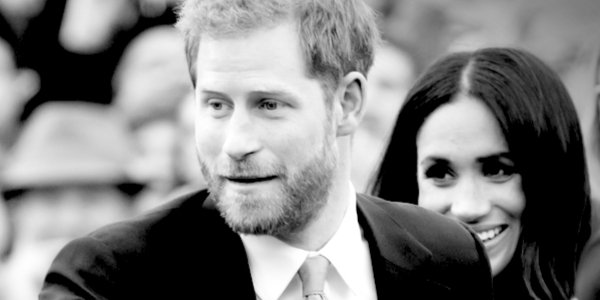 THE Dukes and Duchesses of Cambridge and Sussex are to star in a TV campaign to help viewers with mental health problems. It is part of a project called ‘Every Mind Matters’, co-ordinated by Public Health England in partnership with the NHS and endorsed by the Royal College of General Practitioners.

In a three-minute film introduced by Clare Balding, the royal quartet will deliver a script by Four Weddings and a Funeral writer Richard Curtis and will be joined by a veritable galaxy of celebrities including Gillian Anderson, Glenn Close, Davina McCall, Andrew Flintoff, Jordan Stephens, Will Young, Sir Bradley Wiggins and Nadiya Hussain.

Troubled viewers will be pointed towards the ‘Every Mind Matters’ website, designed ‘to help people take simple steps to look after their mental health’. It includes a quiz which generates a ‘personalised mind plan’ including tips such as muscle relaxation, breathing exercises, taking exercise and keeping an anxiety diary.

No one can doubt the good intentions of those taking part, but a computer-generated ‘personalised mind plan’ sounds like a very impersonal approach to troubled people. Even the young royals’ crisis text line, called ‘Shout’, sounds as if the onus will be on the individual to seek help, despite the fact that the more troubled they are, the less likely they are to do so. The approach suggests that the project is as much to do with sparing busy GPs from having to listen to the problems of physically healthy people unless they really have to; worse, it confirms the worst fears of those individuals worried that they will burden other people by discussing their problems.

If these well-meaning film and TV personalities really want to do something to improve the mental health of the population they could produce more uplifting entertainment than the dark stuff they habitually churn out, ‘spiced up’ by sex, violence and swearing. There could be less emphasis on adultery and divorce, and perhaps they could also set a personal example by having less ‘colourful’ love lives, or at least taking care not to publicise them so much, giving young people especially the impression that nothing, least of all relationships, is permanent. Family break-up plays a large part in the poor mental health of younger generations, as Princes William and Harry and also Meghan know only too well, and the answer is to fix the problem, not show the victims how to fix themselves.

It would help, too, to publicise the great benefits to human wellbeing of religious belief. Instead of treating human beings as ‘mind, body and spirit’, the ‘mental health’ movement, with its roots in atheist eugenics, treats them solely as mind and body. This leads many to feel that when they have a problem that is not physical it must be mental, and to fear that they are on the verge of mental illness.

All these projects do nothing to touch that very real problem, for which public provision is dire. Few apart from those with family or friends directly affected will know how hard it is to get appropriate help for those with mental afflictions – the sort of people who are incapable of accessing websites and text lines. Until we see a celebrity campaign devoted to the most helpless in society it is difficult to believe that such high-profile mental health initiatives are not more about wanting to be associated with a good cause than helping those most in need – those who are literally ‘out of sight, out of mind’.