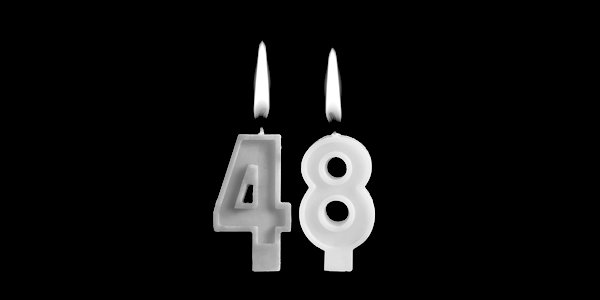 So, at long last, something has actually happened.

After months of elegantly-phrased, impeccably-modulated but ultimately unfulfilled threats, routinely qualified by such excessively deferential banalities along the lines of ‘Mrs May is an honourable Prime Minister, who can be persuaded to change her mind’ – when even from the far side of Mars it would have been obvious that neither statement was true – Jacob Rees-Mogg, de facto leader of the ‘Conservative’ Party’s so-called Brexit Rebels in the back-bench European Research Group, finally submitted his much-trailed Letter Of No Confidence in Theresa May to the Chairman of the 1922 Committee.

Goodness knows, it was long enough in the gestation. From the beginning of July, when the scale of both the extent and duplicity of May’s Brexit betrayal – of which her infamous Chequers Summit turned out to be merely the start – began to become apparent, the Rebels have repeatedly threatened, only to resile. It seemed that Rees-Mogg et al would forever huff and puff but never quite get round to trying to blow the May House down until it was too late, if at all.

‘Brexiteers give May a two-month stay of execution’, reported The Times on 6 September. ‘Theresa May must change her Brexit strategy now, or risk her own Black Wednesday’, fulminated Rees-Mogg in The Daily Telegraph on 20 October. Even more recently, the group’s organiser, Steve Baker, withdrew an amendment to the Northern Ireland Bill in the House of Commons, the effect of which would have been to make any backstop in the EU Withdrawal Agreement illegal.

It hasn’t been, and it won’t be, enough. If the old adage ‘He who hesitates is lost’ is true, then it’s the so-called Tory Brexit Rebels who have hesitated, but it’s we who will lose.

First, simple tactics. Whether the Rebels actually wanted Rees-Mogg’s letter to be the decisive one which hit the magic number of 48 needed to trigger the Vote Of No Confidence in May is uncertain, but in the event, it seems that it wasn’t, because rumour has it is that the necessary 48 letters have so far still not been received. If this is the case, the crowded Rees-Mogg press conference outside St Stephen’s Entrance to Parliament on Thursday is going to look premature at best, and futile at worst.

How much better would it have been, tactically, to have waited a few days, until after May’s predictably unimpressive and mendacious performance on the Sky News Sophy Ridge programme yesterday and try to ensure that Rees-Mogg’s was the 48th letter, and thus the one that triggered the vote. That would have had far more impact.

Next, the Parliamentary arithmetic for a vote of no confidence in May remains essentially unchanged from when I described it in TCW earlier in the year. It might even have tightened slightly in May’s favour, from a combination of the careerist payroll-vote which a sitting PM can usually rely on for support, and the fear among even some Leave-voting MPs that removing May could precipitate a General Election which could well bring about not only the loss of their own seats but possibly the near-destruction of their party.

Remember, prioritising the survival of their party over the interests of the country, and even of sovereignty and democracy itself, is embedded deep within Tory MPs’ DNA.

Finally, it’s arguable that instead of going for a Vote Of No Confidence, which means May would be untouchable for another year if she survives it – God only knows what further damage she will do if that happens – concentrating on defeating her egregious Soft-Remain, BRINO-Deal on the floor of the Commons stands a better chance of bringing about her demise as Tory Leader and PM. As Iain Martin of The Times and Reaction tweeted on Friday:

Tory MP to me earlier: "The ERG 48 letter plan is extremely thick. She'll win the vote and be in position for a year. Instead let her deal go to the Commons. She'll lose. Game's up. Taxi for May. New leader." He's got a point…

Now consider the so-called Cabinet Brexiteers. Their ‘we will stay in Cabinet and continue to press the PM to change her approach from inside’ position has looked increasingly unconvincing and self-serving ever since Boris Johnson, David Davis and Steve Baker all resigned from the Government in the wake of the Chequers Summit. Surely their position has been rendered all but untenable with the publication of May’s draft Withdrawal Agreement.

Yet at the time of writing, only Dominic Raab and Esther McVey have resigned in protest, declaring that they cannot in all conscience support it, along with a slew of more junior ministers and PPSs.

Andrea Leadsom, Michael Gove, Chris Grayling, Penny Mordaunt and Liam Fox, having previously hinted they would back whatever deal May concluded ‘as it won’t get through the Commons anyway’, will now, we are told, form a ‘Brexit Caucus’ inside Cabinet ‘to lobby May to renegotiate the draft text’.

One might well ask what exactly they’ve been doing there until now? The aptly-labelled ‘Fatuous Five’ are now irretrievably complicit in May’s deceptions and have lost all credibility.

There are several courses of action they could still take. They could repudiate the Tory Whip and caucus instead as Independent Brexit Conservatives. They could resign and trigger by-elections. They could threaten to support Labour in a full No-Confidence motion. They could even split off into a new pro-Brexit Real Conservative Party (which frankly would be justified anyway, even if Brexit did not exist, because of May’s continuing conduct of her ministry as if it were a third-rate Tony Blair-Ed Miliband tribute-act).

Any or all of those could certainly force her out. Sitting on their hands and hoping for something to turn up won’t. Instead it will bring us to 2032 and still in the EU, if not additionally signed up to Schengen and forced to adopt the euro. That’s the tragic naivety of principled politicians like Jacob Rees Mogg – to believe that the Parliamentary Party has any principles beyond its members’ personal ambitions. May, by contrast, as someone who is entirely unprincipled, understands that it does not and never will have.

It used to be axiomatic in business to under-promise but over-deliver. Politicians, by definition, do the exact opposite. But the so-called Tory Brexit Rebels have made it into an art form. Men and women of straw. Paper tigers indeed.