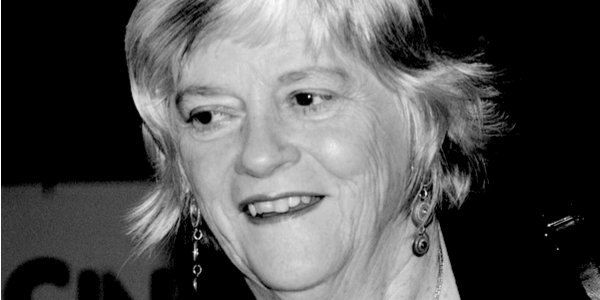 ON May 9, the Oxford Union debated the motion This House Supports No-Platforming. Two months on, film of the event is now available on YouTube.

At the time, the outcome of the debate received much less publicity than the controversy which had surrounded it. One of the speakers in favour of the motion was due to have been Naz Shah. Ms Shah is of course the Labour MP who, notoriously, liked and re-tweeted the message: ‘Those abused girls in Rotherham and elsewhere just need to shut their mouths. For the good of diversity.’

It would have been no surprise had some or all of this been raised at the Oxford Union by Katie Hopkins, one of the speakers opposing the motion. We shall never know: having tried and failed to get the Union to disinvite Hopkins, Naz Shah pulled out at short notice because ‘I draw the line at those who use racism to dehumanise people’.

As with everything, including freedom of speech, there is always a line to be drawn and I draw the line at those who use… https://t.co/7YBNDxohrb

With her customary causticity, Hopkins reflected during her speech that ‘one fewer anti-Semite in the room is never a bad thing’. But although Naz Shah was absent from the hall, she was represented in spirit, at least outside the building, by the campaign group Boycott the Oxford Union and ‘Oxford’s ANTIFA branch, some of whom were masked’.

As reported by the Oxford Student, this threatening throng chanted delightful ditties which included ‘Oxford Union – tear it down!’ ‘Throw the Nazis in the sea’ and ‘Build a bonfire, build a bonfire, put the Union on the top, put the Nazis in the middle and we’ll burn the f*****g lot’. But remember, folks, it is so-called ‘controversial’ speakers who are the extremists, not the malevolent mobs that all around the country seek to silence speakers with whom they disagree, and which in Oxford have the tacit support of the local Labour MP Anneliese Dodds.

Saddened to hear that yet again, the Oxford Union Society has gone out of its way to court controversy by inviting speakers expressing extreme right-wing views @OxUnionBoycott Open Letter: https://t.co/oS4WwNdudr Boycott: https://t.co/0yl5N7tH7L

Opposing the motion with Katie Hopkins was Toby Young. Addressing a proposer’s assertion that no-platforming someone does not deprive them of the right to free speech, Young made the important point: ‘If you no-platform people you are effectively violating the most important aspect of their right to free speech, which is the right to participate in the public debate in the public square.’

However, the outstanding speech against no-platforming was the one which closed the case. Having first debated at the Oxford Union fifty years ago, during her introduction Ann Widdecombe announced that she was ‘right back where she started from’. Mercifully, Ann’s adaptation of Maxine Nightingale’s disco anthem was spoken rather than sung.

The newly elected MEP has recently been praised on this site, here and here, for her resolve under enemy fire. At the risk of TCW continuing to be a claque for Ann Widdecombe, her speech closing the case for the opposition undoubtedly was the evening’s star turn.

Delivered without once referring to the paper in her hand, the latter part of her speech became increasingly compelling: ‘Totalitarians like to curtail your right to disagree with state orthodoxy. For “state orthodoxy” substitute the words “social orthodoxy” as exemplified by social media where people decide what is and what is not acceptable . . . Today’s heresy can become tomorrow’s credo . . . How grateful we may be that [social reformers of the past] were not no-platformed because it offended the society of their time.’

Which led to her stirring conclusion: ‘You succeed by defeating your opponent, not by wishing him away. You get nowhere by trying not to hear what is being said, not to hear the other arguments . . . This is about whether the Oxford Union, of all bodies, will vote in favour of the diminution of free speech. Whether we – I say “we” because I’m a life member of this place – will agree that somebody else may decide what we can and can’t hear. And just remember this: you may feel virtuous today in what you will not hear, but tomorrow somebody else may feel virtuous in not hearing what you have to say. Free speech is for all not for the privileged few.’

It is a vital message and Ann’s bravura performance ensured that the motion This House Supports No Platforming was massively defeated by 224 votes to 49.

As for the 49 attendees whom she failed to win over, for those who still wish to prohibit opinions with which they do not agree, Ann Widdecombe has the withering assessment: ‘If you are too intellectually weak to apply critical analysis or too feeble to hear anything you do not like, you are not worthy of higher education.’