Andrew Tettenborn: ‘Hate crime’ laws mean some victims are more equal than others 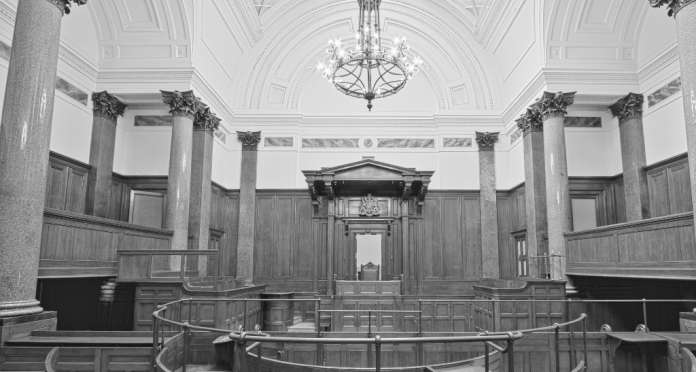 How can equality laws create inequality, protective laws put people in peril and high-minded motives spawn deep cynicism? Easy, once you factor in the law of unintended consequences. Thoughtful people will have been reminded of this a few days ago when the otherwise excellent Sajid Javid proudly released £375,000 to organisations aimed at reporting hate crime and promised more backing for National Hate Crime Awareness Week.

The idea of hate crime as some sort of numinous, separate entity is about twenty years old. Apart from crude incitement to racial hatred, rightly forbidden by statute since 1965 (and probably illegal at common law), it started – you guessed – with Tony Blair. 1998 saw separate offences of racially-motivated assault and vandalism created, with bigger penalties than other assault and vandalism. This was later extended to religious motivation and to other offences; and since 2000 any offence had automatically carried a higher sentence if racially or religiously aggravated. All this has the support of police, government, and the great and the good. You can even learn all about it at law school.

What’s not to like about this? Quite a lot.

For one thing, it discriminates between victims. If the rule of law demands that everyone equally be allowed to go about his lawful business without interference, the new hate crime system shamelessly crosses out the word “equally”. Suppose you are attacked or your home is vandalised. If this is because the hoodlums responsible did it for a laugh, or because you deserve to be tormented because you once reported some local yobs for vandalism, you now officially deserve less protection from the State than if you can claim to be victimised because you were black, Polish or Catholic. Tell that to the young man in hospital with stab wounds after a random attack, or the pensioner whose terraced home is now smashed up and uninsurable, and see what they think of this system of priorities.

For another, it matters in practice. A boy at secondary school is beaten up and regularly has his dinner money extorted from him because he is a swot and wears glasses: his mother complains, naming the bullies. Don’t hold your breath to see charges brought. The same bullies repeatedly name-call another boy, very likely equally studious, as a “Chink”. Ah, now you’re talking: murmur the magic words racially-aggravated, and the Crown Prosecution Service official guidelines say that prosecution is virtually always in the public interest. Even if police and prosecutors have to prioritise scarce resources, this way of doing it stinks.

Thirdly, hate crime obsession can puff up trivial cases to a laughable disproportion. Four months ago, ex-footballer-turned-entertainer Paul Gascoigne came up with an unusually oafish gag. He jokingly asked a black bodyguard in the shadows to smile to be seen. Shock horror, or a storm in a tea-cup unworthy of the attention of hard-pressed police and prosecutors? Clearly the former: a clear case for a hefty fine of £1,000 for hate crime. And the sheer self-importance and pomposity of the district judge who imposed it sums up the mindset of the new establishment better than a hundred articles in TCW. Referring to “the sort of insidious racism that needs to be challenged”, he said: “I applaud the Crown Prosecution Service for bringing this matter to court. It’s important that we, as a multicultural, multiracial society, challenge racist behaviour in all its forms.”

The tragedy is that these problems don’t affect the chattering classes who think up these rules. They don’t get assaulted; their large suburban houses don’t get vandalised; their children’s genteel schools, and their air-conditioned offices, are places where no-one would dream of saying anything out of turn. Pity about the working-class people who have to put up with the effects of the policies they, who know so much better than the rest of us, dream up over their dinner-tables: but that’s life.

The other tragedy is that it doesn’t have to be like this. There is another way of doing things. Nearly sixty years ago, after the 1958 Notting Hill race disturbances, Mr Justice Salmon – himself Jewish – hit the nail on the head. A number of white thugs had enthusiastically laid into West Indian immigrants: if ever there was a hate crime, this was it. Sentencing them to long terms in prison, with no nonsense about motivation or hate crime, he said this: “Everyone, irrespective of the colour of their skin, is entitled to walk through our streets in peace, with their heads erect and free from fear. That is a right which these courts will always unfailingly uphold.” This is the kind of equality we need; these 36 words are worth any number of forests cut down to provide yet more hate crime initiatives.