NewsPaperthe art of publishing
Home News Andrew Cadman: We are paying a high price for the feminisation of...
164

Andrew Cadman: We are paying a high price for the feminisation of Britain 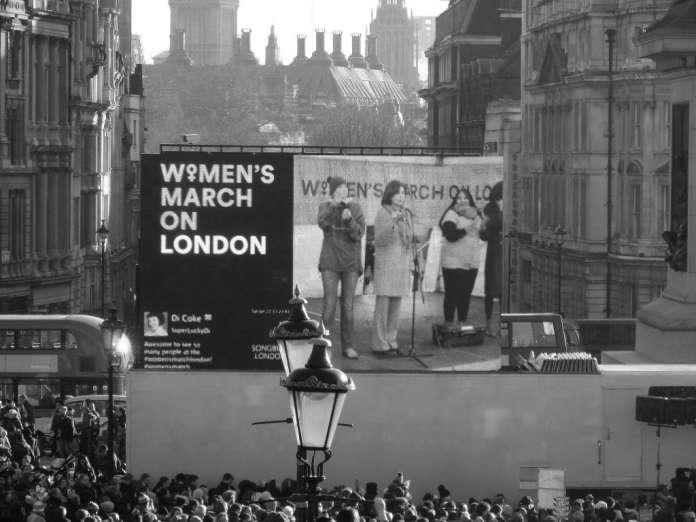 So President Donald Trump has banned transgenders from serving in the American military. The decision is brutal, discriminatory, exclusive, logical and right.

It shows how far we have travelled in Western civilisation during recent years that such a decision seems remotely controversial, because our society has become so completely, utterly feminised at every level: the present is undoubtedly female, with feminine strengths and feminine weaknesses, and it is reluctance to confront the latter that explains a great deal of our current malaise.

To start with, a couple of caveats: firstly to talk of the “feminisation of society” is rather insulting to women: the private sphere has always been feminised, and so the phrase implies that the only kind of society that matters is the public, previously masculine, sphere. We should also acknowledge that public sphere has benefited greatly in some ways from being more female oriented: it is some ways much kinder, more empathetic and with considerably less casual intolerance and violence.

However, the current imbalance between male and female culture is now deeply damaging the Western world, in the ways listed below.

Society has a pathological need to be inclusive: as a rule women dislike hierarchy, discrimination or exclusion. This has led to a catastrophic crippling of society’s ability to be exclusive and discriminatory when this is necessary.

The most glaring example of this is the total unwillingness to accept that Islam and many of its practices are both vastly inferior and incompatible with Western culture and should instead – despite huge evidence that it does not deserve it – be automatically afforded equality of respect.

A belief that love conquers all: after each Islamic atrocity, we are told we should ‘not look back in anger’ and instead of taking firm action hold sentiment-drenched candlelit vigils. Violence and confrontation in self-defence is frowned upon. ISIS must be quaking in its boots.

Emotion over logic: most glaringly manifest by the current transgender madness, this has reached the level of basic denial of biology in place of subjective emotion.

Censorship based on offence: once repressive societies repressed freedom of speech as a way of supressing truths that embarrassed the regime. Now, it does so because such truth causes hurt and offence. Feelings matter more than facts. John McEnroe’s recent attempted shaming by the media over entirely factual observations he made about women’s tennis being just the latest insane example.

Psychological manipulation: whereas once we had bullying and coercion in society through masculine physical force, now it takes the form of Twitter storms and the endless repetition of media narratives to enforce ‘correct’ behaviours – a public form of female nagging.

Victim culture: the much greater readiness of women to complain has led to an unhealthy victim culture spreading throughout society, and the establishment of a victim hierarchy.

Virtue-signalling: the feminine instinct for both giving and receiving validation is expressed through empty gestures designed not genuinely to help others but to invite praise for one’s own goodness.

Risk aversion and short horizons: it is said that men are romantics pretending to be practical and women are practical but pretending to be romantic. The feminisation of our politics has led to the ascendency of a dull, cautious technocracy, bereft of vision or big ideas. For example, where America builds hyperloops, we build new railways based on 1970s’ ideas and technologies. The masculine lust for risk and adventure that so fired Britain in our golden ages of trade and industry are tragically lacking from the Brexit debate.

Misandry: the elevation of feminine values over masculine ones has led to a widespread belittling of men and masculinity. This has been perhaps most damaging in the education system, which vastly favours the co-operative style of learning favoured by girls over boys. More generally there is a now deep-rooted, knee-jerk prejudice in society that anything male-dominated must somehow be wrong, and must be reformed.

Economic stagnation: the feminist Camille Paglia once famously said: “If civilisation had been left in female hands, we would still be living in grass huts”. A rather sweeping statement, but could the long-term economic slowdown throughout the West be attributed, at least in part, due to its feminisation?

Sooner or later, some public figure is going to find the considerable courage to speak the truth: the cumulative effect of feminisation is that society has lost almost all capacity to reason, and slides further and further into the abyss of economic stagnation, social malaise and cultural repression; unable to defend or even reproduce itself.

Plainly we should not aim to swing the pendulum back too far the other way; to construct some Life On Mars masculinised dystopia, but instead to a more balanced society with masculine virtues as well as feminine ones.

The future should not be female.