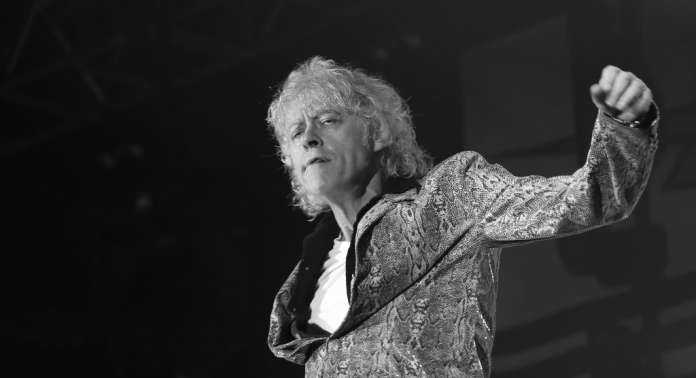 Once Saint Bob. Now, just rent-a-gob: Geldof’s repellent antics on the Thames yesterday have been widely reported, shouting and jeering from his swish pleasure craft as a flotilla of fishing vessels made their way up the Thames as a protest against the EU’s Common Fisheries Policy. His behaviour even revolted some of those fellow Remainers who had the dubious pleasure of accompanying him on his epic voyage of navigation. Some, but not all: many others joined in the cat-calling and rude gestures as the song “I’m in with the in crowd” blasted over the boat’s speakers. 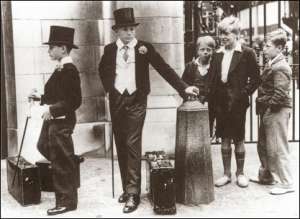 Occasionally, a photograph can capture such a cultural moment perfectly. In 1937 a very famous picture came to symbolise the shocking reality of Britain’s class divide: “Toffs and Toughs” showed two Harrovians in the school uniform of top hats and morning dress outside Lord’s Cricket Ground next to three working class boys, who gawp at them as though they were creatures from another planet.

Sartorially, things have obviously changed somewhat: now it is the rich who dress scruffily in urban chic, and none does the look better (or worse, depending on your point of view) than Geldof himself. However, though much is changed, much remains the same, and the photograph of multimillionaire Bob and his hangers-on laughing and jeering at decent working-class fishermen will surely become just as iconic an image of divided referendum-era Britain and the bullying, disdainful nature of the Remain campaign.

On the one side is the culture of Metropolitan Liberalism, of the smug, selfie-taking narcissist, contemptuous of others less well heeled or placed to benefit from globalisation than himself. One the other, the quiet, masculine dignity of what might be termed traditional Britain, of working class trawlermen, stoically sailing on in a deeply unfashionable and dangerous industry for little reward, largely forgotten and disregarded by society at large.

Hopefully, this image will bury not only the Remain campaign but in time condemn the elite that spawned it: even today, maritime imagery is especially potent to most British people, extolling as it does a sense of courage, self-sacrifice and adventure that makes up so much of our Island Story. Only a culture as self-absorbed and as historical as Metropolitan Liberalism would think it safe to mock it.

A picture paints a thousand words, and the words that picture paints are so very ugly. They are words of arrogance and contempt, of belittling disdain, of loathing and snobbery, of truly Inhuman Remains.