Anders Ulstein: Beware fake news about the wonders of doling out free heroin to addicts 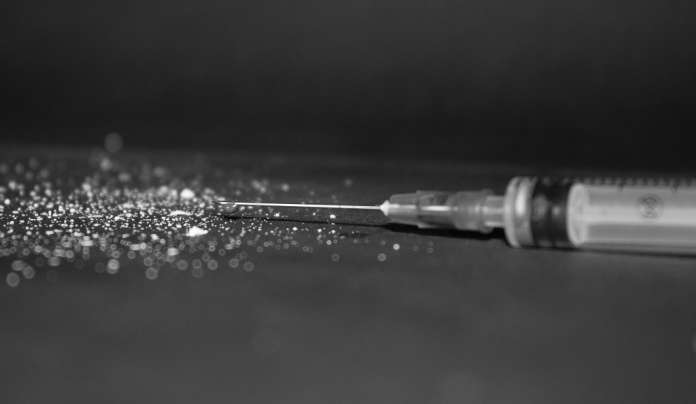 Following Chief Constable Mike Barton’s recently published plan to hand out free heroin to addicts in Durham, drugs legalising lobbyists have been at pains to demonstrate that this is indeed a rational approach to dealing with extreme addiction and the criminality that accompanies it.

Mr Barton’s approach has widely been justified on the basis of  British heroin prescription trials in which free heroin has been handed out to addicts at great expense to taxpayers, funded by the Department of Health since 2007. The Lancet reported (29 May 2010) their first stage  – officially designated as the Randomised Injectable Opiate Treatment Trials (Riott). As I wrote at the time, this paper was widely promoted as evidence of their success.

It was misleading. A detailed reading of the data presented revealed very limited gains. Only five out of 43 clients – who received a 450 mg of legal heroin twice a day plus a nightly oral methadone supplement over a 26 week period – managed to get off street heroin.

The remaining 38 decreased their consumption of street heroin while on the  prescribed heroin but remained involved in the illegal heroin market; that is they were still involved in the crime, harm and misery related to it.

Ignoring these results, the authors made the following recommendation based on their study: “UK Government proposals should be rolled out to support the positive response that can be achieved with heroin maintenance treatment for previously unresponsive chronic heroin addicts.” It  prompted the Department of Health into further action, who awarded  three-year contracts to South London and Maudsley NHS Foundation Trust (SlaM) in 2010 and two mental health trusts in 2012 to provide supervised heroin treatment in London, Darlington and Brighton.

However, the really significant and surprise finding of these trials was that, even when offering free heroin, the programme had such a limited impact on the use of street heroin. It was also far costlier than rehab – up to five patients could go to an abstinence based rehab with a possibility of becoming drug free for the cost of each one still on drugs and with unchanged lifestyles in the Riott trial.

The cost of heroin prescription per client was then – nearly a decade ago – estimated to be about £15.000 a year, far more than for other treatment options. As Kathy Gyngell has pointed out, the trials’ authors have had to concede that the huge costs, in return for the restricted  benefits, would not be acceptable to public policy makers.

But the original misleading media coverage of this report have remained in the public domain and is once again being invoked.

Even Reuters fell victim to the prescribers’ interpretation. “Prescribing heroin to addicts who can’t kick their habit helps them stay off street drugs, British researchers said”, under the headline: “Prescription heroin helps addicts off street drugs”. It was and is misleading.

Associated Press reported: “Some heroin addicts who got the drug under medical supervision had a better chance of kicking the habit than those who got methadone, a new study says”, under the title “Study: heroin better than methadone to kick habit”.

First of all, to “kick the habit” means to get off the addiction. The aim of the trial was not to get people off addiction, and it did not even measure that. Second, the study did not say that heroin is better than methadone, it suggested that for some hard to treat clients (5-10 per cent of the heroin addicts) heroin might give better results.

Such inaccurate and misleading reporting by the world’s two most serious news agencies should worry everyone who is interested in how science is translated.

For what this trial illustrated was the limitations of such harm reduction measures rather than the strengths. It also illustrated how scientific results may be distorted and misleading, possibly intentionally.

Finally, the researchers who constructed these trials displayed a profound lack of understanding of what addiction is. The report’s lead author Professor John Strang said  the results shows they have “turned around” the users’ drug problem. All that was in fact “turned around” was but  a small aspect of the symptoms of addiction in a small group of people. The drug problem was not turned around and neither was the root addiction problem.

* The study is called Supervised injectable heroin or injectable methadone versus optimised oral methadone as treatment for chronic heroin addicts in England after persistent failure in orthodox treatment (Riott): a randomised trial, written by John Strang and colleagues.

Anders Ulstein is the former General Secretary of EURAD, a network for prevention treatment and recovery

Anders Ulsteinhttps://www.conservativewoman.co.uk
Anders is the former General Secretary of EURAD, a network for prevention treatment and recovery.