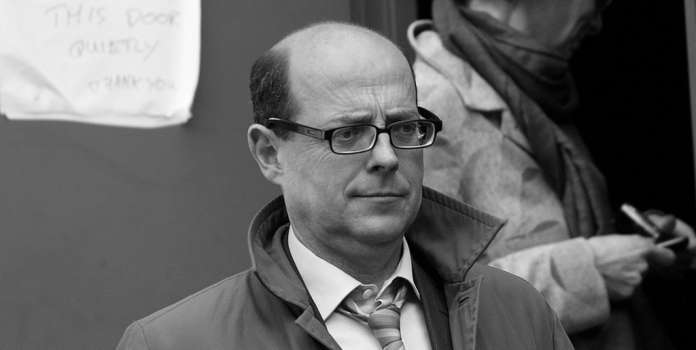 I HAVE seen it observed recently that there are two interviewing styles on BBC Radio 4’s Today programme. These are Elicit and Challenge. The former is what you get when the guest is there to say why she finds it frightening on campus to hear from someone with different views. The other is what we get when the interviewee has the position that biological sex is immutable.

No prizes for guessing what was in store for writer and broadcaster Trevor Phillips, who has just been suspended from the Labour Party over allegations of Islamophobia pending an internal investigation.

The trouble with the Challenge style for Today presenters is that they become so bound up with themselves as the story and as story-makers that they are unable to listen.

This is what happened with Nick Robinson on Monday. Not for the first time did he conduct an interview where his dismal interruption actually derailed a thoughtful answer that Today listeners might quite like to have heard. Presumably not the way Robinson sees it. What we need as far as he is concerned is another quick follow-up ‘question’ (to which an answer is not really wanted) or some baiting comment just as the interviewee is trying to give an answer.

It was to the credit of Phillips that he remained typically lucid and calm. This in spite of the manner in which Robinson was determined to frame the interview in as combative a way as possible. He wanted Phillips on the back foot and we had to listen to his weary-sounding and patronising tone in ‘Let’s be clear…’, ‘Now … you can’t be massively surprised … can you?’, ‘So you can’t be entirely surprised … can you?’

There was, of course, also the language of the bellicose in ‘you have picked a fight over many years’, together with, as a contrast, the implication of plucky spirit in his ‘someone’s taken you on’.

Phillips is too smart not to have predicted that, given that this was an ‘Islamophobia’ story, he was going to be dealing with a Today programme employee on Challenge mode, thus interruptions and mild scoffing.

The former head of the Equality and Human Rights Commission, the UK’s equality watchdog, was immediately up against a Robinson who may just as well have cut to the chase with a less convoluted preamble and said: ‘The Labour Party were totally justified in suspending an obvious Islamophobe like you, weren’t they?’

Phillips in his patience was more than a match for Robinson. You don’t have to agree with everything he has said or written during his career, but many of us have long been admirers of the 66-year-old who is best known for his anti-racism campaigning.

A public figure of intelligence, articulacy and integrity in an age when these qualities can seem thin on the ground, he has shown in his media appearances that he is well able to listen, without interrupting, to views with which he disagrees, and to express himself with eloquence. Specifically, he is a man of principle. He believes that people should be able to express their opinion. The last time I checked, that was called freedom of speech.

This, of course, has got him into trouble with the Labour Party. It is now going to be investigating comments he has made about Pakistani Muslim men in northern UK towns abusing children. Labour’s general secretary Jennie Formby is said to have suspended him as a matter of some urgency in order to ‘protect the party’s reputation’. Don’t laugh. That’s right: The ‘party’s reputation’.

This is the political party that has a reputation now so associated with institutional anti-Semitism that 24 public figures (including Phillips) last year declared their refusal to vote for it. Their view in a letter to the Guardian was that Jeremy Corbyn had a ‘long record of embracing anti-Semites as comrades’. That obviously got Labour backs up. Somebody needed to be taken out for that.

Phillips made it clear that there was no suggestion in the current row that he had done anything unlawful and that ‘no one inside or outside the Labour Party has ever suggested I have broken any rules’. He is certainly right to raise the question, though that if this is the way the party treats its own, what will lie in store for its real opponents if it ever gains power?

He went on to say that it would be a ‘tragedy’ if, just at the time the country needed a ‘robust and effective opposition’, it had to ‘endure the spectacle of a great party collapsing into a brutish, authoritarian cult’.

When Phillips was in the Today studio, Robinson wanted to challenge him on the question of ‘sweeping generalisations’. He said that Phillips is on record for having stated some years ago that the UK Muslim population is ‘different.’

Phillips owned the comment – ‘That’s true. The point is Muslims are different. And in many ways I think that’s admirable.’ He went on to support his point about ‘difference’ by referring to a cricket club in Yorkshire that has turned down a £2million lottery grant because its Muslim members don’t want money that derives from gambling.

He noted that almost no cricket club would do this (that is how he supports the point about ‘difference’). He noted also that this was a case of a group of people sticking to their principles: ‘They believe in what they believe and … we need to recognise that and find a way of getting the two million pounds to those people in a way that they will accept.’

Robinson wasn’t listening. He was champing at the bit, wanting to butt in with another ‘Sure’. And there it was, ‘Sure, but you of all people know …’ about the problem of making sweeping generalisations based on one sports club.

Phillips couldn’t win on this one, even though he had given a strong and concrete example. That’s what anecdotal evidence is, Nick. But, of course, some anecdotes are admissible and some are not. Such is the unfairness with which some can expect to be treated in the Today studio.

He rejected Robinson’s charge that his claim in 2016 that the UK’s Muslims were becoming a ‘nation within a nation’ was tantamount to a sweeping generalisation about a disparate population of some three million British people and that he needed to be ‘at the very least much more careful about what you say and the way it can be used by others’.

Phillips pushed back, saying that the so called ‘sweeping generalisation’ was part of a 20,000-word pamphlet ‘which went into some detail about what I meant by different’. Detail? Twenty thousand words? No, thanks. What’s the soundbite? What’s the charge?

Phillips went on to make the unarguable point that there are many differences in our society and we cannot carry on pretending ‘that differences don’t matter’. In his view, he said, it is a kind of disrespect to say ‘oh, don’t worry … the differences of value that they have … they’ll get over it. That’s disrespectful …’

This was the point where Phillips was about to expand, but Robinson was determined to interrupt with a point about Tommy Robinson being able to use Phillips’s words. Phillips countered with a line about the devil being able to pick up all sorts of tunes. Robinson wouldn’t let go, however, of the whole thrust he was on about generalisations and racism. Phillips’s response was to make the case that if you belong to a group of people, say a church or a football club, you may identify with a particular set of values and you stand by it and are judged by it. We all know this is true.

Soon, Robinson broached the definition of anti-Semitism, which took the exchange on to the question of the definition of Islamophobia. Phillips informed his haranguer that Muslims are not a race, that Islam is a pan-racial faith: ‘This is not a racial grouping, so describing hostility to them as racial is nonsense.’

You could tell that Robinson had stopped listening. That was because Phillips had to repeat his point about Muslims not being a racial group. But Robinson was still not listening. He was on Transmit. He was ready to wind it all up in the imagery of humiliating defeat in a scrap: ‘So if Labour does kick you out … you intend to continue the fight …?’

There was nobody put up from the increasingly irrelevant and ‘brutish’ Labour Party, though there was an interview with a spokesman from the Muslim Council of Britain. That was on Elicit mode. No interruptions. Answers given in full.

So that’s where we’re at with the flagship news programme of the national broadcaster. Its position is this: If you believe in freedom of speech, freedom of expression, the value of civilised debate, get ready to explain yourself.