Anatomy of a sellout – how May manipulated us all 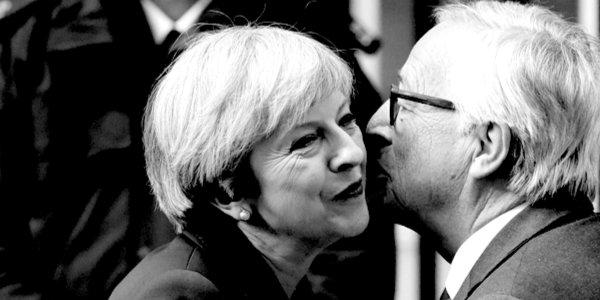 The May/Robbins axis has almost reached victory, and is putting finishing touches to its astonishing plan for the UK to remain under EU control for trade and a wide penumbra of associated dimensions of our national life. According to reports, the Chequers plan, plus other concessions to the EU, is to be rammed through a pusillanimous Cabinet tomorrow.

Olly Robbins’s ‘war gaming’ of this, along with Downing Street’s long-running assault on Boris Johnson, the one figure who might have been able to reverse this path to perdition, has been barely resisted: triumph of surrender in plain sight, attracting only hand-wringing and mutterings from those who know the truth of what is going on.

The longer the European Research Group (ERG) spoke of nearly 48 letters going in to the 1922 Committee, the more credibility they lost, and now look a sorry band of ineffectual moaners, with May made to look decisive and strong – if not stable. ‘We’re backing Theresa’, say the likes of Gove and Fox, as Theresa is backing Barnier.

Downing Street and Whitehall have been subtle in neutralising and defeating not Barnier but Brexiteers, repeatedly using delay to squeeze their options away. Hammond’s Budget was nakedly political, as pundits pointed out, a Del Boy giveaway with the coda of ‘No deal will mean these sweeties are removed and disaster will descend’, omitting the obvious point that no deal will save the UK at least £39billion. Mrs May then went to . . . Norway, fancy that! There her well-briefed Norwegian counterpart helpfully said that the ‘Norway Option’, recently proposed by Nick Boles and others, was a non-starter: Norway would reject it. How fortunate for the May/Robbins axis that another feasible alternative to the Chequers surrender plan was closed off.

Meantime Dominc Raab has been fizzing around like the jester in a Shakespearean tragedy, playing the part of standing up for the UK, announcing a deal is nearly done, jetting to Belfast for a night visit. Remainer deputy PM David Lidington out of the blue announced on Friday that the UK would ‘stand by its commitments to the EU on the border issue’ – he meant Mrs May’s seditious agreement on December 8 to toe the EU line on the customs arrangements between North and South, along with her donation of £39billion about which she recently said ‘we pay our bills’, or again in reality, ‘her bills’.

At the same time the new Remainer Andrea Leadsom, Leader of the House, announced that by the time the Commons votes on the May/Robbins deal there will be no time to look into any alternative deal, in particular Canada-plus which is a genuine exit option and anathema to Remainer May. Was it not a protocol of the civil service that it would always make plans to cover all contingencies – has this been negated for political purposes?

So these bit-part ‘ministers’ have been feeding into this choreography the fact that surrender is imminent and that no other plan is being or will be considered. May successfully wasted the summer clucking around Europe then did her masochistic Salzburg self-immolation so she could ‘fight back’ on her return, Union Flags behind her, ‘standing up for Britain’ in her determination to surrender sovereignty and control of trade. As with Heath’s sell-out in 1971, the fisheries betrayal is being well hidden and covered by deceptive words from Mr Gove. This ongoing sell-out is outraging the Scots: May’s declaration that she is saving the Union is, as ever, simply the reverse of the truth.

Boris Johnson should certainly not, as reported, be hoisting the white flag about his own desire to oust Mrs May and pursue a Canada-plus free trade future, a genuine Brexit. Brexit is about more than his personal aspirations. He seemed to be the only politician wanting to defeat the Chequers kowtow and deliver what the massive referendum vote expected. Now he needs to stay at the helm and, like any good general, wait for the right moment to strike despite the sense of hopelessness prevailing at the moment. To announce the resignation of his aspirations is merely to confirm the accusations levelled against him: that he has a habit of bottling it at the critical moment. If the ERG means anything, it has to mount a challenge to May now, before she signs away our national self-determination. Once the no-confidence grenade is exploded, everything changes as MPs are forced to consider Mrs May a disaster in fighting general elections.

If the May/Robbins axis succeeds with this turning of Leave into Remain by way of deception of all kinds, including the Treasury’s Project Fear inflated to a threat level akin to that of the Angel of Death passing over every home in the land, this will be a unique event in European history – a powerful rich nation failing to protect itself and its trading independence from annexation. The art of war is to subdue your enemy without fighting: Barnier is almost at that point. Party before country seems yet again to be Conservative ideology, cloaked in the most deceptive language designed to mask, until much later, the enormity of what will have been conceded.