An audience with nasty Nicola 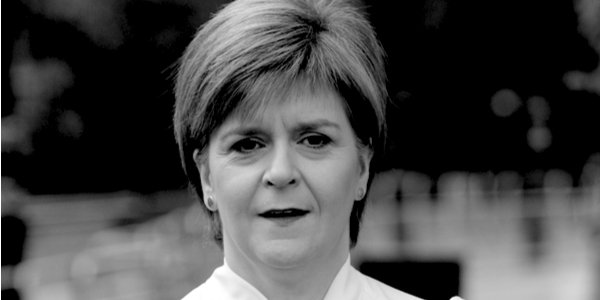 IN WHAT was a closely guarded secret at Edinburgh’s Festival Fringe, this week comedian Geoff Norcott stunned his audience by bringing on stage Boris Johnson. Instead of performing an hour of stand-up, the Conservative-supporting comic unexpectedly conducted a light-hearted interview with the prime minister.

Geoff Norcott’s questions became increasingly surreal and edgy. Asked which politicians he happily would electrocute, Mr Johnson initially said he ‘wouldn’t electrocute anyone’. But egged on by the comedian about giving them ‘a mild shock’, he said: ‘It’s tempting to say I would try to shock Jo Swinson out of her almost criminal contempt for the result of the 2016 referendum.’

Norcott cut in and said: ‘And where on the body?’ Prompting laughter, Mr Johnson replied: ‘I wouldn’t want to damage her, er, fertility’.

Norcott then asked the audience for ideas for who Mr Johnson should ‘electrocute’, leading to a person shouting out ‘Nicola Sturgeon’. To which the prime minister said: ‘Nicola Sturgeon – I’ll go with that. But I might go for the full [electrocution].’

Of course this banter between Geoff Norcott and Boris Johnson occurred only in my imagination. Had Johnson joked, even reluctantly, about electrodes to the private parts of Jo Swinson and administering a lethal surge to Nicola Sturgeon, the story and concomitant outrage over his misogyny would have dominated the news cycle. Yet an identical discussion actually did take place, but at the time of writing it has received scant coverage.

The preceding paragraphs replicate the report in the Scottish Sun of an on-stage exchange between Blairite comedian Matt Forde and Scotland’s First Minister Nicola Sturgeon. Except that it was Boris, because of his ‘criminal complacency on a no-deal Brexit’, whom Sturgeon chose to be the recipient of ‘a mild shock’ – although being a virtuous and caring Leftie, she ‘wouldn’t want to damage his, er, leisure pursuits’. And the name shouted from the audience, whom Sturgeon imagined receiving the electric chair, predictably was Donald Trump.

Was this just some harmless political knockabout, not to be taken seriously? In a sane world, probably yes. But suppose it had indeed been two Right-leaning men joking about female political opponents receiving ‘mild shocks’ and ‘electrocution’: the laughing audience would have been branded far-Right bigots, Geoff Norcott would never again appear on the BBC, and all Boris-bashing politicians and commentators would be demanding the prime minister’s resignation.

Other coverage of her appearance with Matt Forde preferred to emphasise that Nicola Sturgeon had complained, seemingly oblivious to the irony, that ‘some of the abuse I get on Twitter would make your hair curl. It’s horrible, misogynist, really filthy stuff’.

Self-awareness evidently is not her strong point. Asked during the same interview what she really was thinking during her uncomfortable greeting of Boris outside her official residence, Bute House, Sturgeon referenced a ‘comedy’ voiceover which portrays her referring to the prime minister as ‘ya arsehole’.

Evidence, if any were required, that Nicola Sturgeon has yet to outgrow the student union. Yet in her interview with Matt Forde, this infantile national embarrassment had the gall to complain that ‘the Boris Johnson act is, for him, what passes as professional’.

Sturgeon had already directed personal insults at Boris – his attempt to be well-mannered on the steps of Bute House was disparaged as ‘patronising’ – when earlier this month she appeared on ITV’s hard-hitting political show, er, Loose Women. During the Forde interview, Sturgeon repeated her previous complaint that BoJo talks ‘complete nonsense with that air of absolute confidence and conviction and swagger’, which she attributes to his being ‘a certain type of man who does this more than women generally do’.

Boris, by contrast, being ‘a certain type of man’, has said nothing discourteous about nasty Nicola. Not that snakelike Sturgeon was much kinder to his female predecessor. During an earlier Fringe interview with broadcaster Iain Dale, she complained that ‘having conversations with Theresa May was pretty soul-destroying and torturous’.

According to Sturgeon – an implacable opponent of gender stereotyping, remember – she ‘started the meeting off by saying, “before we get on to Brexit, fantastic shoes”, and in that instant I could see in her eyes that she didn’t have an answer in the script before her for this’.

One does not often sympathise with Theresa May, but no wonder she glazed over. For once Mrs May showed good judgement: shunning any small talk with Nicola Sturgeon at least deprived the viper of any further material for her odious act at the Festival Fringe.