NewsPaperthe art of publishing
Home News An all-female Cabinet? How sexist can you be?
0

An all-female Cabinet? How sexist can you be? 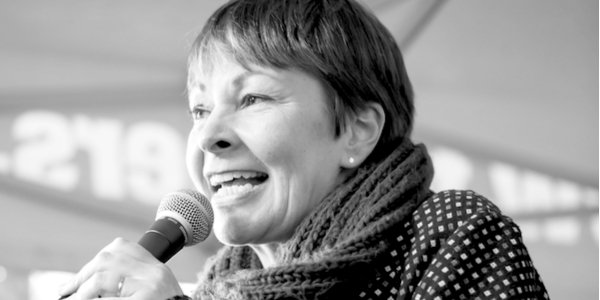 GREEN Party MP Caroline Lucas has made the ludicrous proposal to form an all-female ‘national unity government’ to stop ‘no deal’ Brexit and hold a second referendum if parliamentary Remainers succeed in removing PM Boris Johnson.

‘I believe women have shown they can bring a different perspective to crises, are able to reach out to those they disagree with and cooperate to find solutions,’ the Brighton Pavilion MP said.

What is she on about? Ms Lucas has presumably been elsewhere for the past three years as a government led by a woman has signally failed to co-operate with key colleagues, reach out to the 17.4million people on the winning side of the vote, or make any real progress with Brexit except abject capitulation to Brussels.

Can you imagine the outcry if a man proposed an all-male Cabinet because men have shown they bring a different perspective and are capable of clear, hard-headed, strategic thinking and negotiation? Yet somehow it’s acceptable when positive stereotypes of women are wheeled out and tacitly contrasted to negative ones of men.

‘Difficult, intractable problems have found the beginning of resolution thanks to the leadership of women,’ Lucas claims. Well, not Brexit so far. Maybe it’s time to let the men have a turn?

Except that would be to buy into the ridiculous identity politics idea that people should be picked on the basis of irrelevant features such as sex, race or sexual preference rather than their suitability and aptitude for the role.

Most of the ten female MPs Lucas addresses in her open letter appear to have shown interest, with Heidi Allen claiming that ‘women are by nature less tribal’. Right – which is why Caroline Lucas is writing exclusively to Remainer women to stage a Remainer coup?

Sorry, it’s not a coup. That’s warlike language, and it’s men like Boris Johnson and Dominic Cummings who have, according to Lucas, led a coup using that devious weapon, the ballot box. Lucas, on the other hand, is just looking to bring people ‘together’ to work for ‘reconciliation’. You may think this undemocratic, but no – it is the government which is ignoring the ‘inequality and democratic deficit that fuelled the Brexit vote’. The referendum didn’t count, you see, because the voters were too poor to know what they were voting for. That’s why we need another one, to take place once complete socialist equality has been established throughout the land. Incidentally, Lucas has said she won’t accept the result of a second referendum anyway if it were not to her liking.

In a rare moment of sense, it fell to Anna Soubry to point out the flaw in the otherwise brilliant plan: ‘If you’re trying to stop no-deal Brexit then the key thing is to bring people together, not to divide them on the basis of their gender.’ Quite. What kind of national unity government excludes men and consists only of people on the losing side of the biggest vote in the nation’s history?

Liz Truss called out the blatant sexism in the idea: ‘Is there anything more sexist than claiming your gender determines your worldview/behaviour/attitude?’ she tweeted. Indeed – and the insinuation that Brexit is male and Remain is female is also idiotic, as Guido humorously pointed out with a cartoon of ten Leaver female MPs.

The identity politics love-in only got more farcical when Labour MP Clive Lewis pointed out that Lucas’s list was lacking in BAME representation, and Lucas agreed that she should probably add Diane Abbott. For her skills and expertise, obvs.

You couldn’t make this stuff up.