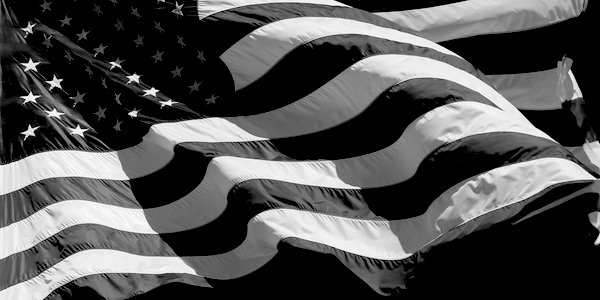 IT’S easy to become insular, given our own preoccupations, not least with the latest government diktats and circumscribing of our behaviour, and lose sight of what’s happening in the USA.

Yet we need to know and care, especially about the looming Presidential election as the outcome will, for better or worse, have an impact on us here. Yesterday Tim Stanley, historian, columnist and leader writer for the Telegraph, gave us his assessment. For those of you not behind the paywall it’s worth relaying.

First, he writes of a state of American politics so nasty that voters dare not reveal their allegiance for fear of censure or even sacking.

He says: ‘One conservative tells me that you won’t see many pro‑Trump signs in his neck of the woods because Trump supporters are afraid to display their support lest their houses get burnt down.’

He details Trump’s failures and what he describes as his tone-deaf response to the death of George Floyd. But even those Christian conservatives who criticise the president are horrified by the breakdown of law and order and see the need for federal agents to control the riots.

In a revealing comment Stanley adds that another friend sent him photos of what the rioters did to Washington DC: ‘His city was “systematically looted,” he wrote, “I think every single pharmacy was hit . . . they took the drugs.” He fled to a rural area to escape, where house prices have jumped along with gun sales. “There is open talk – not internet crazy talk – of there being some kind of civil war.” He adds, “I can’t post this on Facebook, or I’ll be ‘cancelled”.’

This is far from the only evidence of the escalating level of violent disorder. Just two days ago the Daily Wire reported rioters torching a Justice Center construction site in Seattle and attacking stores at an apartment complex, setting homes on fire.

Back to Tim Stanley: he is not optimistic about Trump’s chances in November despite voters’ fear of admitting their support for him and despite the ‘senile’ Biden factor.

It’s possible, he concludes, ‘that underneath Biden’s lead [in the polls] there is, if not enthusiasm for Trump, an almost sad resignation that the culture war is now inescapable’.

That does not bode well for anyone. If the (however imperfect) Trump loses, voters can expect more of this. News outlets ignore anything but a pre-ordained narrative, as in the following case. According to Jake Curtis, writing for the National Review on July 3, Phillip Thiessen, a veteran of the United States Marine Corps, took his Harley motorbike out for a spin. On seeing him, truck driver Daniel Navarro allegedly intentionally swerved head-on into Thiessen, killing him: ‘Citing “recent events” and the “racial climate in the United States”, Navarro referenced a “silent majority that voted for Donald Trump as president and the political and racial tensions in the news lately, including racial tensions related to President Trump”.’

It is a disturbing story but with the exception of a few local news outlets, it has received little attention. Curtis writes: ‘It simply does not fit with the national media narrative, so there will be no marches or protests commemorating Thiessen’s service-oriented life.’

You can read the full article here.