Alistair Thompson: BBC supports death penalty, but only for the terminally ill 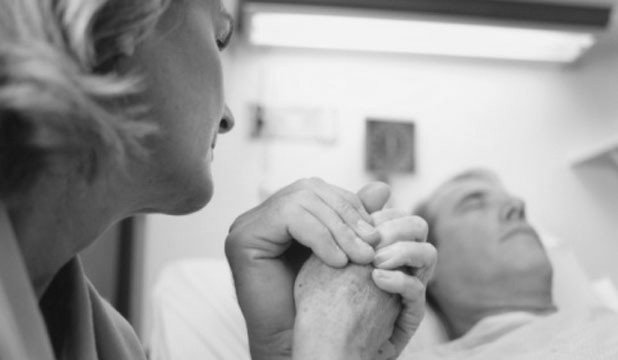 This week saw another tragic assisted suicide case. Jeffrey Spector (54) who had been diagnosed around seven years ago with an inoperable tumour around his spine ended his life at the Swiss clinic Dignitas.

The case raises many difficult ethical questions, after all Mr Spector was not disabled, and potentially had many years left to live.  He would not have met the “death criteria” of Lord Falconer’s assisted suicide Bill, and from the various statements from both himself and those close to him, one of his concerns was fearing he would become a burden on his family.

Now there are those who argue that this reason is highly unusual, but it is not. In Washington State one of only two US jurisdictions that allow assisted suicide, 60 per cent of those who end their life cite this very reason. That’s right. Six in every ten people who kill themselves are doing so as not to be either a care or financial burden on their loved ones. A clear example of the so-called right to die becoming a duty to die.

But it’s not just the fear of being a burden that demonstrates why changing a law that protects everyone equally regardless of health, disability, race and sex. In the US state of Oregon, which is the model for the Falconer legislation, assisted suicide rates have increased by over 400 per cent, since its introduction. At the same time a study of those ending their lives found that nearly one in six were suffering from treatable clinical depression.

We equally look closer to home to Holland and Belgium, the only countries in the EU to allow euthanasia. Both countries originally introduced laws that sounded quite reasonable, as they only applied to terminally ill, mentally competent adults – but it did not stop there.

Recently, we have seen the case of Mark and Eddy Verbessem, the 45-year-old deaf identical twins, who were euthanased by the Belgium state, after their eyesight began to fail. And let’s not forget the terrible case of Nathan/Nancy Verhelst, whose life was ended in front of TV cameras, after a series of botched sex-change operations, or Ann G, an anorexia sufferer, who opted to have her life ended, after being sexually abused by the psychiatrist who was supposed to be treating her for the life-threatening condition.

Even more troubling is that both of these countries have extended so-called “assisted dying” to non-mentally competent children – killing profoundly disabled babies after they have been born.

No wonder the 11 times medal-winning paralympian Tanni Grey-Thompson said: “Legalising assisted suicide will only serve to reinforce deep-seated prejudices that the lives of sick and disabled people aren’t worth as much as other people’s.”

Given this catalogue of horror, you might expect the BBC to present this case in a neutral and non-partisan fashion, but the Corporation,  which has acted as the cheerleader for changing the law, could not help itself banging the drum for legal reform.

The BBC 10 O’clock News represented the pinnacle of this one-sided reporting.  The package started badly as BBC’s medical correspondent Fergus Walsh appeared to get giddy with glee as he reported on the details of this man’s sad story, but it got worse. The whole item continued without a single person from the medical profession, disability right movement, or even from one of the major religions putting a contrary view. That’s right. Not a single person from groups like Care Not Killing, the British Medical Association, any of the royal medical colleges, Association of Palliative Medicine, or the hospice movement took part.

And it not just news programmes that see the BBC push their pro-death propaganda. Increasingly light entertainment and soap-operas use assisted suicide to base some salacious storyline on.

But the corporation’s pro-killing stance is both intellectually flawed and dishonest. The scantimonious treatment of the countries who still have the death penalty, which I also oppose, could not be more in contrast to its support for “assisted dying”.

It’s not just that I expect more from the taxpayer funded broadcaster, but I fail to understand why the liberal elite at the BBC continue to evangelise against the death penalty for murderers and rapists, but support the same policy for the vulnerable, the disabled and the terminally ill.  Surely they can see the inconsistency in this?