Ageing turbines and a gale of hypocrisy 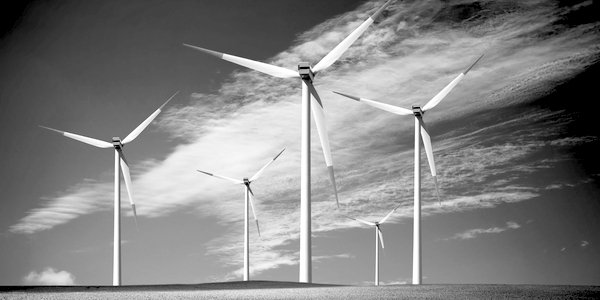 HUNDREDS of ageing oil rigs will need to be decommissioned as oil and gas reserves are depleted. Shell has asked the Department for Business, Energy and Industrial Strategy if it may leave the giant legs of three of its four Brent field platforms in the North Sea, plus sediment in the storage cells, drill cuttings and heavier pipelines. The lower part of the Alpha platform’s steel jacket would be left behind. However Germany, Sweden, Belgium, the Netherlands and Luxembourg have objected to Ospar, a pan-European body that was set up to protect the marine environment of the north-east Atlantic. Under Ospar rules, installations must be removed in their entirety, but this stipulation was brought in after the Brent platforms were installed. A Shell spokesman said: ‘We submitted our recommendations only when we were confident they were safe, technically achievable and environmentally sound.’

I make no judgement on this case because we must protect our rivers and oceans from pollution. It is a tragedy that so very little is being done about the plastic in our oceans. A staggering eight million tons end up in them every year. As Dr Mikko Paunio has previously reported in these pages, our own recycling industry bears a heavy responsibility.

But the ten rivers that carry 93 per cent of this plastic tide are, according to the Scientific American, the Yangtze, Yellow, Hai, Pearl, Amur, Mekong, Indus and Ganges Delta in Asia, and the Niger and Nile in Africa.

As Scotland plans to introduce a Deposit Return Scheme, perhaps our Green and clean politicians will now visit China, India and Africa to show them the error of their ways.

Maybe they should stick to dealing with their own looming – and homegrown – environmental problem. In the UK, and especially Scotland, wind turbines will soon be coming to the end of their useful life and will need to be dismantled, the 1,000-ton concrete bases removed and the land reinstated. Can we be sure that the developers will not just walk away? Almost 1,000 wind turbines in the UK face demolition in the next five years.

To return to where I started, it is somewhat ironic, is it not, that the Germans are complaining about Shell when they have more than 23,000 wind turbines. Will they ensure that these turbine installations are ‘removed in their entirety’ including the concrete bases, and the sites restored, when the time comes?

If they don’t, their complaint to Ospar about Shell will, I suspect, come back to haunt them. Shell has a long memory.