A world at war against Christians 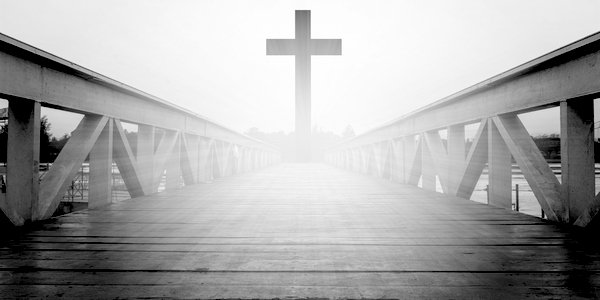 CHOOSING Easter Sunday for the deadly terror attacks on Sri Lankan churches and hotel restaurants (where Christians who had completed the Easter vigil were about to break their fast) makes it clear that the target was Christianity. In the Telegraph Tim Stanley writes of his distress at the persecution of fellow Christians, but even more at the lack of interest shown by the governing classes in our own nominally Christian country.  He concludes that ‘we’re not really a Christian society any more’ even though politicians still pick and choose aspects of Christian teaching to support their own agendas, ‘operating only with the relics of belief; symbols and metaphors that are wheeled out at certain times of the year to bolster an argument or respond to a tragedy in a far-flung country where people apparently still go to church’.

The answer to the problem of Islamist terrorism is actively to promote the peaceful strands of all religions while curbing those who use religion to justify violence, and ending aid to governments who persecute religious minorities. This is not a strange message written in a long-dead script, since many people still speak the language. It could be deciphered, but the governing classes prefer not to do so, since they already know what the message is and have rejected it because it conflicts with their actual religion. This is a curious mix of whatever economic system promises material prosperity and, to give it a virtuous veneer, the latest cultural fad – whether sexual diversity, open-doors immigration, easy divorce, ‘women’s reproductive rights’, ‘the right to die’, ‘climate change’ – sending the message that in their compassionate approach to such issues they are more Christian than the Christians.

The most shameful aspect of their careless, even callous, attitude to anti-Christian persecution is that they have adopted the fashionable view of Christianity as ‘anti-science’, responsible for ‘all the wars in history’, for sexism and for the repression of minorities. They ignore the fact that of all religious groups today Christians are the most persecuted, because it spoils the narrative of Christians as persecutors. This impression was confirmed by the almost palpable relief with which they fell upon the plight of the persecuted Rohingya Muslims, while overlooking the worsening plight of persecuted Christians everywhere.

This lopsided interest in religious persecution is beginning to be noticed by ordinary voters, and the terrible fire at Notre-Dame de Paris symbolised for many the destruction of Christian influence in the West and actual Christians in the rest of the world.

However, too many powerful forces have a vested interest in Christianity’s destruction – Marxists, who wish to divert religious devotion to their own political project; greens, who wish to divert it to their own religion of the Planet; unethical capitalists, for whom Christianity gets in the way of short-term profits; atheists, sexual diversity campaigners and libertarians, who see Christianity as blocking individual freedom; population controllers, whose religion of pessimism and death stands in stark and unlovely contrast to Christianity’s religion of hope and life; eugenicists, who would rather that the meek did not inherit the earth. All see Christianity as an obstacle. Yet as Jesus said, the stone that the builders rejected has become the cornerstone; and there is no way that it can be destroyed without destroying the civilisation resting upon it.