A war memorial? No, a contemptible symbol of white male privilege 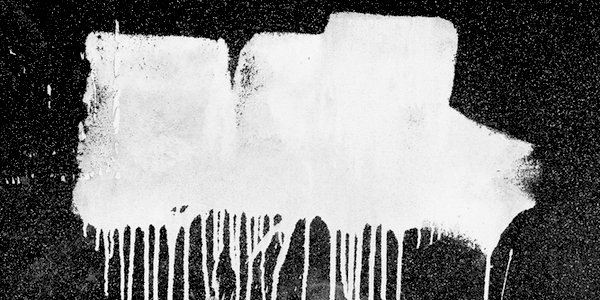 I have explained before how identity politics can make you stupid, Exhibit A being United States Senator Elizabeth Warren. We know it can be extremely divisive by splitting people up into categories of good and bad, depending not on the content of their character but the content of their underwear or indeed the colour of their skin. This week we see how identity politics can make you a cruel, self-indulgent fool who lacks all self-awareness as well as compassion or empathy.

The president of Southampton Students’ Union, Emily Dawes, has vowed to paint over a historic war memorial to fallen students that graces the University’s Senate Room.

She tweeted: ‘Mark my words – we’re taking down the mural of white men in the uni Senate room, even if I have to paint over it myself.’

She also tweeted: ‘ONE OF THE WOMEN JUST SAID “it’s nearly armistice day so are we covering up this tapestry??” AND HOLY SHIT. F*CK YES, GRL POWR.’

The history of the Rothenstein Mural is here.

It was painted in 1916 as a memorial to members of the British universities serving in the Great War. It depicts an academic procession and the conferring of a degree on an ‘unknown soldier’ undergraduate by the then Chancellor of Cambridge University.

In his book Men and Memories, Sir William Rothenstein told how the idea for the mural came to him. He called it The New Chivalry:

‘I happened to be at Oxford where I witnessed the conferring of degrees . . . The sight of a number of youths, booted and spurred, with their gowns over their khaki, kneeling before the Chancellor to receive their degrees, put me in mind of the age of chivalry, so touching and beautiful were these young figures; and I thought what a fine subject for a memorial painting this would make . . . I therefore painted a group of representative figures, Vice-Chancellors, scholars and men of science surrounding a Chancellor conferring a degree upon a young soldier.’

No, what she saw was a ‘mural of white men’ so that was enough for her. These men were instantly condemned by virtue of their sex as well as the colour of their skin. Ms Dawes didn’t see young men being sent to their death, off to the Somme or some other hell on earth to be machine-gunned down in the prime of their life. Instead she saw ‘white male privilege’ which is the privilege to be sent to war and give your life for King and country and all the women and children left at home.

So yes, Ms Dawes is a disgrace to her university. And a disgrace to her sex. She has since issued an apology and although I was hesitant to pile it on, really what she said is inexcusable. Her total contempt for the past, for her national heritage is not only infuriating, it is actually dangerous and depressing. Did she have no relative who was killed or injured in the war? Do these men mean nothing to her?

This is how dehumanising identity politics is – it dehumanises in particular the white male – even if 100 years ago many of these white males were not ‘privileged’ but were working class and did not have the vote any more than their sisters did. Ms Dawes strips these soldiers of their very humanity and for that reason alone she should resign.

Finally, whatever schools Ms Dawes went to – she was ‘educated’ in Britain and the US – have much to answer for; they obviously taught her nothing. And I wonder what her parents did to raise such a young woman, so steeped in ignorance and utter contempt for her fellow man. What’s worse is that she might represent hundreds if not thousands of young women coming through the university system, their minds utterly poisoned by identity politics and feminism. What a frightening future awaits us.