A vilified PM and a lesson for Johnson 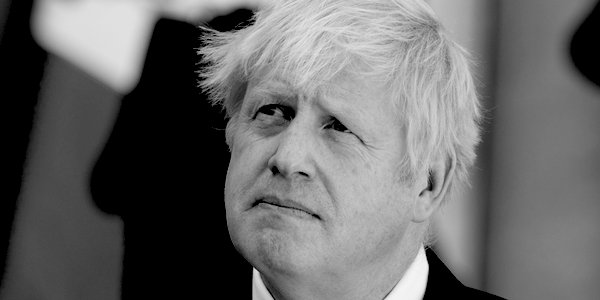 ACCUSATIONS of being ‘far Right’ or ‘hard Right’ no longer carry the impact that the Left believes. Misuse of these terms has trivialised their meaning.

Leftie post-liberal Puritans accuse Conservative politicians of fascism if they fail to do penance for their ‘white privilege’. They go hysterical at the thought of populism, creating a ‘far Right’ threat where little or none exists and compete in virtue-signalling their outrage about these ‘fascists’, establishing their woke credentials by pointing shaking fingers at anyone who protests about uncontrolled immigration.

The Left-dominated MSM and establishment continually warn us that ‘far Right fascists’ are the biggest threat to society. But anyone not living in their elitist bubble can see the truth. These Leftie scolds are pushing the narrative of a ‘far Right’ threat in deluded attempts to take the focus off their own destructive identity politics, racism and divisiveness.

The illiberal elite disparages anyone who supports conservative values and the concept of a strong nation-state such as Benjamin Netanyahu, Donald Trump and Viktor Orbán. The more the MSM and elite unfairly castigate these independent-minded men, the further they polarise people, ironically contributing to the threat of what they dread, a real far Right uprising.

The Hungarian president has been hyped so much by the MSM that he is now the embodiment of their much-feared ‘far Right’ spectre. Trendy media pundits and politicians looking to distract voters from their own insidious anti-Semitism use Orbán’s feud with George Soros as proof that he is anti-Semitic. But I am more concerned with the constant demonisation of Israel and Jews by the Left than I am about Hungarian posters decrying a man who would happily see the destruction of the Jewish state in the name of his open borders ideology.

Orbán was clumsy in his criticism of Soros, but let’s remember that Soros’s opposition to strong nation-states is anathema to the security, safety and prosperity of all European citizens, including Jews. Given that Hungary is now the safest place for Jews in Europe, the constant accusations that Orbán is an anti-Semite ring somewhat hollow. He has promised Netanyahu that he will protect Hungarian Jews and is also one of the few European leaders to back up Israel on the world stage.

It’s not Hungarian Jews who fear for their safety, but those in Western European countries whose governments mistakenly pride themselves on being progressive.

Much of the diatribe against Orbán comes from the EU chiefs, who detest him. Orbán doesn’t do what he is told, anathema to the dictatorial EU. Spurred on by that destroyer of Europe, Angela Merkel, the EU continually lambasts Orban for refusing to acquiesce to its migrant quotas. The Hungarian president is not blameless in this argument. He has made some unpleasant comments about immigrants and Muslims and has been rightly criticised for this. He is, however, right to be concerned about the effects of uncontrolled immigration in Europe.

It is the EU that is guilty of the illiberalism of which it accuses Orbán. The impact of opening Europe’s borders to millions of economic migrants has been regressive and destructive. Societies cannot handle the seismic shock of the sudden changes that uncontrolled immigration brings. While controlled immigration may be healthy for a society, the EU’s migration policies and fetishisation of immigrants has been calamitous. Too many economic migrants place strain on limited resources and drive wages down for unskilled and semi-skilled labour, meaning that many families can’t afford to have children, exacerbating the EU’s fears – and reality – of an ageing population with a labour shortage. Politicians’ insistence on continuing inward economic migration to compensate is a short-sighted and damaging attempt to solve these fears.

Humans need boundaries to feel safe, whether it is the walls of our homes around us or knowing that the borders of the countries we live in are secure. We also need to feel that we belong to something greater than ourselves, giving us a sense of meaning – something that the late Sir Roger Scruton explained so well and continued to communicate even to the final months of his life.

It often takes the form of patriotism. Strip away borders, and people start to feel unsafe and threatened. Yet the EU disparages anyone who objects to its damaging free movement policies, Scruton himself suffering from similar abuse.

The demonisation of Orbán is indicative of this greater problem. Despite all evidence to the contrary, he is portrayed as a danger to Jews and a fascist for championing conservative values. This shows how lies become truisms, myths become accepted narratives. Once these are embedded in our public discourse the Left won’t allow any dissent.

In a sane world, Orbán would be praised for his family values, for helping persecuted Christians and being one of the few European leaders to support Israel. But we don’t live in a sane world and need constantly to beware the wrath of the thwarted Left.

Last month government adviser Tim Montgomerie caused Left-wing outrage for praising Hungary’s ‘interesting early thinking’ on the ‘limits of liberalism’ and likening Boris Johnson to Viktor Orbán in comments he made at a meeting held at the Danube Institute in Budapest and reported here. Montgomerie also tweeted that Hungarian family policy is worthy of close study, which indeed it is (predictably reported by the MSM in the most negative of lights). In a cowardly response to the criticism, the Tories have thrown Montgomerie under a bus and placed him on what sounds suspiciously like gardening leave.

The government distancing themselves from Montgomerie for acting like a conservative is of great concern. So is the silence from Boris Johnson, indicating that he is far from committed to social conservatism, as he’s recently been portrayed. This debacle indicates the contrary: that the Tories, horrified by the very conservative values that they should be promoting, are as prey to the false narratives about the ‘far Right’ as the Guardian Left and are set on carrying on the appeasement politics of David Cameron and Theresa May, to all of our detriment.

The faux outrage directed at Orbán and the ability of the Hungarian Prime Minister to ride it out is the real lesson for our prime minister and his government. They really should learn it.