A step towards correcting the feminist myths 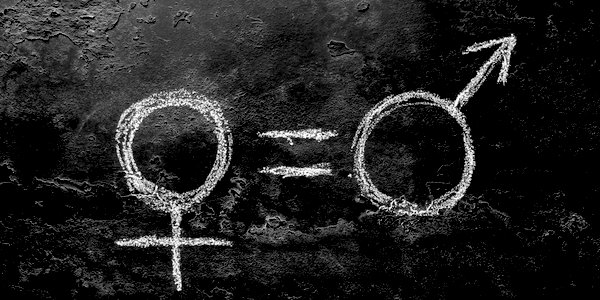 THOSE who have some sympathy for the feminist cause do not necessarily deserve to be held in contempt and disdain. There is so much nonsense put about on the subject of female disadvantage that any truth or examples get lost in the sea of lies.

The real culprits are those who churn out these lies and top of this list should be the World Economic Forum which produces the scurrilous Global Gender Gap Index (GGGI) with its indigestible report.

This claims to be about tracking gender-based disparities so that opportunities can be created by reducing them. However, when they talk about gender disparities they mean only those affecting women. Their project appears to be about providing a continuous stream of data to perpetuate the belief that women are universally, globally and apparently for the ‘next 217 years’ disadvantaged to men.

They focus on four themes – Economic Participation and Opportunity, Educational Attainment, Health and Survival and Political Empowerment. The measures they choose are the well-worn bones of feminist contention – rates of labour force participation, ratio of women in senior or technical positions, or the proportion of women in parliament and so on.

The numbers are weighted to shore up their case. For example under Health and Survival two meaningful variables are chosen – the sex ratio at birth which all too often indicates selective abortion in favour of males, and rates of life expectancy which almost invariably show that women live longer than men. They then weight the data so that the ratio in favour of males at birth is twice as important as the shorter lives of men.

That their variables do not tell us anything real about the opportunities available to women is underscored by the absurdity of their findings. For example, women in Burundi and Benin come 1st and 4th in the rankings for Economic Participation and Opportunity. Women in the UK are 53rd. Do women in Burundi and Benin have a meaningful greater gender equality in their economic opportunities than women in Britain? I suspect what the figures are actually showing is that high rates of female labour force participation often occur where women have no choice.

When it comes to Political Empowerment women in Nicaragua and Rwanda apparently have more gender equality than women in the United Kingdom. I hope the World Economic Forum is not suggesting that these highly repressive regimes have something to teach the UK.

Fortunately, two social scientists, Professor Gijsbert Stoet from Leeds Beckett University and David C Geary from the University of Missouri, have sat down and worked out a far more honest and straightforward alternative. The Basic Index of Gender Inequality (BIGI). It may not have the World Economic Forum behind it nor the clout of Davos. But perhaps academic and intellectual integrity can win the day.

Stoet and Geary find a way. They home in on core aspects of life that are common to all people and which can be easily measured.

Their overarching concept, the BIGI is captured by a person’s opportunity to live a long and healthy, satisfied life. It is built on the ratio of women to men on three core dimensions of life; 1) Educational opportunities in childhood; 2) Healthy life expectancy (the number of years one can expect to live in good health); and 3) Overall life satisfaction. These three elements are equally important and are not disingenuously weighted. These focus on the nub of the issue. And the nub of the issue is not whether you are a professional or government minister. More important is whether you lead a long and satisfied life.

Once we focus on core issues which affect people rather than feminist benchmarks of female inequality the mirage of female disadvantage disappears. In fact, in 91 of the 131 countries men were on average more disadvantaged than women.

Then, when correlated with the Human Development Index, a story starts to emerge. Women are most likely to be disadvantaged in areas of lower development while the disadvantage of men tends to increase as the level of development goes up – although parity is achieved in a few of the most highly developed societies.

A particularly valuable innovation is their focus on the Absolute Average Deviation from Gender Parity. As they point out, you could have absolute parity in a completely dysfunctional society. Men could be completely disadvantaged educationally and women might have no life satisfaction but without looking at individual disparities this would all disappear in the wash.

Rather than 336 pages of platitude trying to compensate for, or disguise the presence of bias and ideology the BIGI devised by Stoet and Geary is simple and easy to follow. It is a step towards correcting the propaganda which feeds faith in false feminism. And it is built on a winning combination of intelligence and common sense.