A refreshing dose of reality 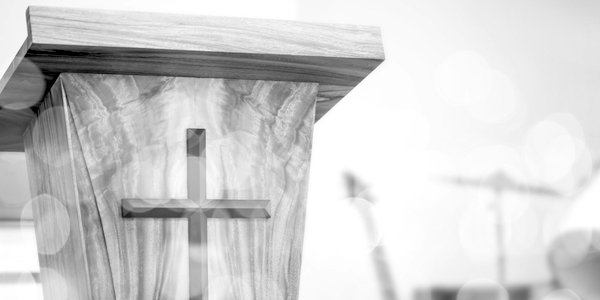 This is an edited version of a sermon on the Book of Ecclesiastes preached in the Parish Church of the Ascension, Oughtibridge.

Is it not true to say that during the the 20th century many people in this country had the experience of being better off financially than their parents? That of course is changing now and the so-called Millennials, those young people in their 20s and 30s, are experiencing the opposite. Many of them are finding themselves worse off than their parents and can’t afford to get into the housing market.

But for the so-called Baby Boomers, those born in the years immediately after World War II, life was an experience of material progress. Particularly if they bought their houses in the 1960s and 1970s, they found that in the 1990s they were sitting on a small fortune.

So for many in our society the expectation of progress is pretty hard-wired into us. New is better, old is worse because that, materially speaking, was the experience of many British people in the 20th century. It was assumed that progress in our quality of life was to be expected and is what we are entitled to.

But are we right to expect progress in our quality of life as a matter of course and as an entitlement?

We’re beginning a sermon series on the Old Testament book of Ecclesiastes, which is a strange book in many ways. But it is a refreshing dose of reality and the Lord willing, provided we have ears to hear, we will learn vital lessons about real life and so be equipped to think and live realistically as Christians in the real world. Our discipleship, our following of the Lord Jesus Christ, can really benefit from the dose of reality that Ecclesiastes brings.

Certainly, the resurrection of our Lord Jesus, which hadn’t happened when Ecclesiastes was written, does make a radical difference to our lives as Christian believers, but the world in which we believe in the risen Lord Jesus is the world Ecclesiastes describes and will remain like that until our Lord returns to the world at the end of history.

So, we’re looking at a book put together by an editor who tells us that what he has compiled is a body of teaching from the Teacher, the son of David, King of Jerusalem. The editor doesn’t tell us the king’s name but King Solomon is clearly the most likely candidate, Solomon who succeeded his father David to the throne of Israel and who built the great Temple in Jerusalem.

Quite why the editor of Ecclesiastes doesn’t specify the king’s name is unclear – perhaps the air of mystery around the identity of the Teacher adds to the unusual and strange quality of the book.

But, whichever king of Jerusalem is the source of Ecclesiastes, it contains the teaching of a wise man, an old man who has reflected deeply about life, real life in the real world and the real world his book describes is the world of Genesis chapters 1-3. This book reflects the twin biblical realities of the Creation and the Fall, the fact that the world, physical and human, has been created by a good God, who has built good moral order into the world he has created. The world has been created by a good God but it is also fallen. The world has gone wrong because mankind has rebelled against the good God who made us and therefore the world is under God’s judgement.

This is a world in which things can and do go badly wrong and a world in which, to quote the late Oliver Reed in the film Gladiator: ‘Ultimately we’re all dead men’, because death is the sentence for the sin of rebellion against God of which we are all guilty.

The world the book of Ecclesiastes describes is both created and fallen. And those twin biblical realities account for the apparently contradictory statements in the book: ‘What does man gain from all his labour at which he toils under the sun? Generations come and generations go, but the earth remains for ever’ (Ecclesiastes 1v3-4).

And then 2v24&25: ‘A man can do nothing better than to eat and drink and find satisfaction in his work. This too, I see, is from the hand of God, for without him, who can eat or find enjoyment?’

Our toil under the sun is ultimately pointless because ultimately we’re all dead – any sense of achievement we may gain from our work does not last because we do not last. That’s reality in a fallen world.

But at the same time the world, fallen though it is, still bears the marks of a good and generous Creator God and so a drink after a day’s work can be enjoyed as a gift from his hand.

Both statements about the ultimate pointlessness of our labour under the sun and the right satisfaction from a day’s work are true because this world is both created by a good God and fallen.

Ecclesiastes saves us from over-optimism, from unrealistic expectations about the world we live in and the Lord willing, as we soak up its teaching in the coming weeks, it will make us look forward all the more to the sin-free and death-free new world order which our loving God will bring about when his Son the Lord Jesus comes again.