NewsPaperthe art of publishing
Home Brexit Watch A political pantomime? Or something more?
0

A political pantomime? Or something more? 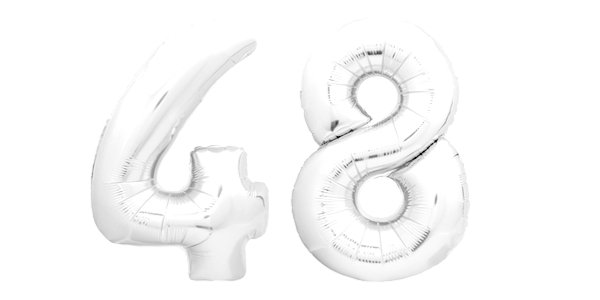 The Cabinet, so the Telegraph reported this morning, has been told by Eurosceptics to force Theresa May to drop her Chequers plan or she will face a no confidence vote ‘within days’.

Rumours abound that the Chairman of the 1922 Committee is about to receive the final letters from MPs needed to make up the requisite 48.

On Monday night Steve Baker, the former Brexit minister, told the BBC’s Newsnight: ‘I’m afraid there’s something of a grisly job to be done here. Either the Cabinet need to change the Prime Minister’s mind on where she’s going – or it’s clear that if a Chequers-based deal comes back it will be voted down.’

But will it? Or is it more of Parliament’s game of Brexit Bluff as set out by Guido Fawkes here? Another damp squib? Never underestimate the extent to which Tory MPs’ individual and collective survival instincts, especially when facing the prospect of losing seats and sinecures to a surging Corbyn Red Tide if voting down Chequers-Minus led to a general election, can make them put party before country in an instant.

And, as far as the noises about triggering a vote of no confidence in May’s leadership among Tory MPs is concerned, is this mere theatre for the impressionable?

It was as recently as July, three months ago, that the ‘vote of no confidence’ drama was last in the air. But, as I hinted then, with a Tory Parliamentary party so stuffed with Remainers, payroll-careerists and time-servers, May would probably win a confidence vote, entrenching her for another year, so that the surer option was (and still is) to force her to resign. It’s perhaps worth revisiting why.

The internal submission of 48 Conservative MPs’ letters to the Chairman of the 1922 Committee triggers a party leadership election, but the way this is governed by the party’s election rules makes it fraught with real and potential obstacles if the objective really is a successful defenestration of May.

First, she has already indicated that she would contest a fresh leadership election. Whether this is attributable to merely the bloody-minded, tin-eared stubbornness and lack of sensitivity for which she is rightly infamous, or something altogether darker, a Machiavellian anti-democratic determination not to allow Britain not leave the EU in any meaningful sense, is debatable.

Second, given the experience of 2016, it’s highly likely that the Remainer-majority Parliamentary party would do anything to prevent the contest going out to the membership to elect a pro-proper-Brexit leader, because it seems inconceivable that a Remainer could win a whole-membership ballot in the current fractious anti-May mood.

Third, with an estimated 185 Remain-voting Tory MPs against an estimated 138 Leave-voters, and with the pro-proper-Brexit vote possibly split between two or more candidates, May might actually win quite comfortably, even with MPs for marginal constituencies fearing for their seats. If she won so decisively, we’d arguably be even worse off than we are now.

Slightly better, but not much, would be if (assuming some honourable Remain-voting MPs nevertheless think the Referendum result must be respected in full, and that May clearly has no intention of doing so) she won narrowly, leaving her a lame-duck leader. Any other leader who survived so narrowly would realise that the game was up and that their position was untenable. But not May, I suggest.

So in either case we’d probably be stuck with her: and in view of the revelations of the past three months, Heaven only knows what further subterfuge and double-dealing she would inflict on both democracy and Brexit. And it begins to look as though even the damage to the Tories’ future electoral prospects from her duplicity and compulsive Euro-deference doesn’t trouble her unduly.

It would probably be unwise to rule out the alternative possibility of a vote of no confidence on the floor of the Commons, presumably proposed by a Labour Party encouraged by May’s visible weakness.

But, as Michael Mossbacher pointed out in the July/August issue of Standpoint, even Unreconciled Continuity-Remainers Clarke and Soubry have previously made it clear they would traipse through the Government lobby to defeat the no confidence vote tabled by Labour. Bearing in mind the extent to which May’s Chequers-Minus dilutes Brexit even further, I suspect that’s now more likely. And to initiate such a vote but then lose it would do Corbyn no good, either.

The key factor that’s changing all the calculations, though, is the position of the DUP. May’s willingness to concede the EU’s demands effectively for the economic break-up of the United Kingdom via either a single or dual Northern Ireland backstop has, not unreasonably, infuriated them. As one commentator has put it, to Ulster’s Unionists the backstop looks like the surrender of a Britishness paid for in blood, and they’ve priced May’s fall from power into their strategy.

They’ve already indicated they could happily continue their confidence and supply agreement with a Conservative Party led by a different, unequivocally pro-Brexit leader, who guaranteed the integrity of the United Kingdom as a single political and economic entity. They’ve threatened to vote down the Budget, dealing May an almost certainly fatal blow.

If Theresa May secretly believes she’s a ‘bloody difficult woman’ (not, I imagine, a widespread view in Brussels, unless the phrase translates as ‘pushover’), then she’s about to be schooled by a real one. An Arlene Foster whose school bus was bombed and saw her father nearly murdered by the IRA isn’t going to be fazed by someone who thinks her riskiest ever exploit was skipping though a field of wheat.

Should the DUP either suspend its confidence and supply agreement if May survived a vote of confidence by Tory MPs, or abstain by enough votes to collapse the Budget, that probably means a general election. If May has to rely on the votes of a Labour Party led by IRA sympathisers Corbyn and McDonnell to pass a Chequers-Minus type deal that threatens Northern Ireland’s status as part of the United Kindom, the confidence and supply agreement is dead.

Intriguingly, the interests of the Cabinet’s anti-Chequers refuseniks, the backbench real Brexiteers of the European Research Group and the DUP, are becoming more and more aligned. If they’re not talking, they should be. Could the three groups caucusing to exert pressure on May from three different directions to stand down be the most potent way of removing her, without running the risks of losing either Parliamentary Tory Party or full House of Commons votes of confidence?

So perhaps those rumours about the final letters going in to the 1922 Committee Chairman to make up the required 48 aren’t just theatre for the impressionable after all. Fingers crossed.