A one-way trip to Guernsey? 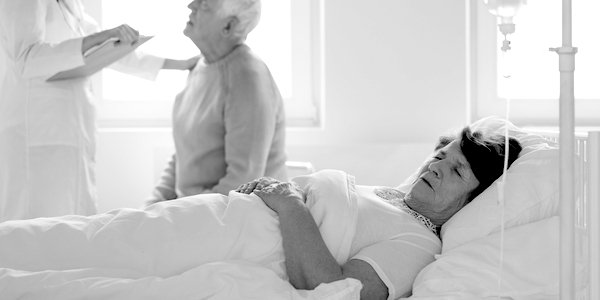 Guernsey could become the first place in the British Isles to have a suicide clinic. Proposals are being put to a vote on the island in May this year.

Chief Minister Gavin St Pier is backing the proposal, citing his own father’s death from cardiovascular disease. He said it was ‘very distressing . . . it was not a comfortable death and it was also not the death that he would have chosen for himself had he had the choice’.

If voted through the Guernsey legislature, it is likely to trigger an 18-month consultation period. Although Guernsey can make its own laws, under UK law it is illegal to assist a suicide, and the Westminster Privy Council could veto the plan.

In September 2015 Parliament so decisively defeated the Assisted Dying Bill put forward by Labour MP Rob Marris that it was thought the issue would not be brought before Parliament again for many years. Since then, we have seen a number of high-profile legal challenges from disabled persons demanding the ‘right to die’, none of which had any hope of succeeding, but which served to garner public support for this non-existent right, largely based on emotions rather than the intellectual arguments thrashed out in Parliament – that opponents were guilty of inflicting even more misery on an already suffering individual. Thus, in a Nietzschean transvaluation, the idea has begun to gain ground that defending the right to life of the sick and disabled is a bad thing, while killing them is a good thing.

Added to this, in 2010 the then Director of Public Prosecutions Keir Starmer relaxed the law, issuing guidance that only cases of assisted suicide involving material gain should be prosecuted. Although it is estimated that one British resident every eight days ends his or her life abroad, chiefly at the Dignitas centre in Zurich, Switzerland, not one individual has been prosecuted for helping them.

It is not clear whether the Guernsey suicide project is going to offer its ‘services’ free of charge, but apparently Dignitas suicides come at a cost of £10,000, and although a delicate veil has been drawn over the subject, there are costs involved in disposing of remains. The residents in one Swiss apartment block were disturbed by body bags containing mortal remains being transported in the communal lift from a suicide centre, their ashes later scattered over a pond near Basel.

Clearly the saving to governments from allowing economically unproductive individuals to ‘choose death’ is obvious – even more so with an ageing population placing a financial burden on the NHS and local government welfare provision.

Like every other such scheme, it is claimed that measures to protect the vulnerable will be at the forefront of proposals, which are aimed at terminally-ill adults who are mentally competent and have been given six months or less to live. Prognoses are notoriously inaccurate but, says the Telegraph, ‘if it is legalised, it would allow a person the choice to control their death if they decide their suffering is unbearable’. Hence, from ‘strict safeguards’ we go to people being allowed to let themselves be killed if they want it.

Logically speaking, ‘strict safeguards’ would mean that the ideal candidate for assisted suicide would be a young, mentally and physically healthy person with no problems whatsoever. Talk about preventing ‘abuse’ is simply window-dressing to disguise the fact that killing the weak is the greatest abuse there is.

The ‘right to die’ – really the right to be killed – would not be a right at all, but campaigners believe it should be. No wonder they are reluctant to discuss the situation in Holland, Belgium and elsewhere, where ‘strict safeguards’ are progressively dismantled as people argue that suffering – even remediable suffering – should be the only criterion; and as the most severe suffering is ‘dealt with’, lesser suffering takes its place, until any minor dissatisfaction at all becomes grounds for being killed.

Like Holland and Belgium, Guernsey was occupied by the Germans during the Second World War, but the Nazi experience – the most notorious historical example of the killing of the weak – is sidelined on the grounds that this situation is quite different, since under their proposals ‘unfit’ individuals can ‘choose’ to be killed rather than being killed for being ‘unfit’. But the outcome is still the same – they would still be dead, and the world would become a harder, greyer place when they were gone; those left behind would be indefinably changed as killing is redefined as compassion, and real compassion became a dim memory. And suffering individuals would not dare to complain in case anyone suggested they claimed their ‘right to die’.

Unsurprisingly, says the Telegraph, campaigners in the UK who have long sought a change in the law to allow assisted dying are likely to be paying close attention to proceedings in the hope of ‘overhauling’ the law on the mainland – as if legal protections for the weak were some sort of archaic relic of a bygone age when sick and elderly people were subjected to the ‘indignity’ of being cared for; one would think that suicide is a rare occurrence, instead of something that responsible governments throughout history have tried to prevent, recognising that it can reach epidemic proportions.

Despite this, ‘campaigners, including Dignity in Dying, have produced research suggesting 82 per cent of the public were in favour of assisted dying being legalised’. Having expertly manipulated public opinion in the desired direction, they are now hoping their long-term project is finally coming to fruition – but any success they enjoy on the propaganda front soon dissolves when public attention turns from the Utopian idea to the dismal practicalities and the reality that killing does not make the world a better place.

At a time in our history when there has never been more hope on the horizon for cures and improvements in care, continually harping on the benefits of self-killing is a sign that the true epidemic afflicting us is one of hopelessness. There comes a point when a society loses any sense of hope in the future and decides to commit suicide; killing the less fortunate signals the beginning of that downward spiral into despair.