A draconian solution to a non-existent problem 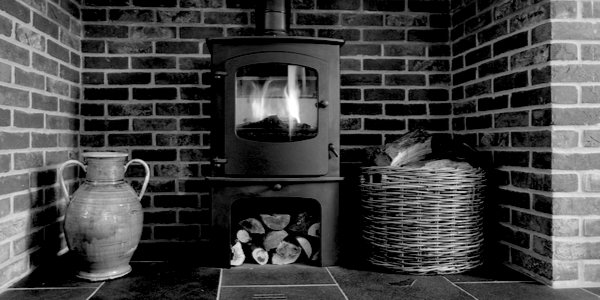 ANOTHER day and more climate change-related drivel from the government. The current prattle is about coal-burning stoves. George Eustice, apparently our Environment Minister, is to ban the sale of domestic coal in the hope of reducing air pollution.

I’m far from persuaded that this is the largest environmental problem we face, particularly as it seems the Environment Agency now can’t (or won’t) dredge rivers. So I’ve been digging, and found this document from the Department for Environment, Food and Rural Affairs (Defra).

It states that only 50 per cent to 55 per cent of the UK’s PM2.5 pollution comes from UK emissions, the rest coming from overseas or international shipping.  It also shows that the PM2.5 pollution hotspots are London and Birmingham; domestic fires are restricted in both cities. In the rest of the UK the level is below 6-10 μg/m3 (micrograms per cubic metre of air). As the World Health Organisation’s Guide Figure is under 10 μg/m3 I don’t see that there is a problem outside the two major conurbations. As the EU has a wider limit than the WHO, London does not have a legal problem either, as is confirmed in the Mayor’s report.

So what we have is a headline trumpeting a draconian solution to a non-problem.

Some may cry that coal is a strong emitter of CO2, and therefore it should be banned, and to a point I would agree. But the heat will still be required and will have to come from some other source.  Replacing all the coal with an equivalent oil heater would reduce UK CO2 emissions by 0.1 per cent. That is a rounding error.

Of course wood is known as biomass, so burning that is CO2 neutral.  One bit of the government is now arguing with another – at the poor taxpayer’s expense. As it happens, the government also supports burning coal and biomass at the 3.9GW Drax power station. According to the Drax figures in the first six months of 2019 it generated 6.4 terawatt hoursof electricity from burning wood and 0.4 TWh from burning coal. Extrapolating and assuming a 40 per cent thermal efficiency implies Drax consumed about 250,000 tons of coal and 9million tons of wood. That’s about 50 per cent of the UK domestic consumption of both.

So if there were a problem the government could more quickly fix it by shutting Drax. And of course, Mr Eustice has not thought through what will replace the heat from the coal. A fair amount of that is likely to be oil heating, which of course also generates PM2.5 particulates. So the non-problem is not solved anyway. But a headline has been grabbed and many of Sir Humphrey’s minions have been kept busy.

Aside from the unintended conversion of the UK to Atlantis, there is one environmental problem that the government needs to address.  Committing to zero net carbon requires the replacement of some 2,000 TWh of fossil energy with some sustainable source, at an affordable price and by 2050.  Messing about with the 0.0002 per cent of UK energy that comes from the burning of domestic coal makes rearranging the deckchairs on the Titanic seem like a considered response.

Johnson and Cummings need to get a grip of this entire fiasco. If the dearth of talent in Westminster is a problem, they only need to call . . .