NewsPaperthe art of publishing
Home News A Christmas read: Oh to be in Otterbury
0

A Christmas read: Oh to be in Otterbury 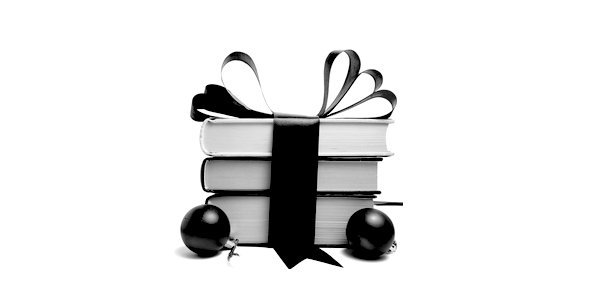 I bought The Otterbury Incident by C Day-Lewis in Kirkdale bookshop in Sydenham, south-east London, in about 1979 (I am delighted to say the shop has defied the odds and is still there). I was nine and an avid reader. I thought it would be just another book but it turned out to be one of my favourites as a child.

Published in 1948, it tells the story of a group of boys in a country town just after the war. They stage mock battles on a bomb site known as the Incident. One of the boys, Nick Yates, accidentally kicks a football through a school window. The headmaster gives Yates a week to find the £4 14s 6d needed to replace the window. After hearing their English master reading from The Three Musketeers – ‘all for one and one for all’ – the boys decide on a joint effort to raise the money by doing odd jobs and providing services such as window cleaning and shoe-shining. Then the money they raised is stolen and the boys become detectives . . .

As well as being a gripping story, The Otterbury Incident provided fascinating glimpses into a past that many of the adults around me could remember vividly but which by the Seventies had, apart from the odd bomb site, vanished. The Second World War was 35 years in the past – which then seemed to me a vast passage of time. The conflict was far more prevalent in culture. Every other film on TV was a war film, comics were full of it, and the level of historical knowledge that was taken for granted in children in those days is quite astonishing to consider at this remove.

The boys’ dedication to their wargames, fought out in their school lunch hour, is a touching picture of children’s inventiveness in the age before television and computer games sapped imagination. They have a tank made from wood and old bicycle wheels with a broom handle for a gun. They communicate through secret signs, such as scratching their adam’s apple and whistling Lillibullero. Ted Marshall, who leads the boys, is at one point under suspicion of stealing the money himself. Here Day-Lewis mentions Robert Browning’s poem The Lost Leader: ‘Just for a handful of silver he left us.’ That, as they say, went in when I first read it.

The book’s main villain, a spiv called Johnny Sharp, mocks the boys for their games. Day-Lewis’s description of him is vivid:

Johnny Sharp wore a grey homburg hat, rather on the back of his head and cocked sideways, with the brim turned down in front. He had a foxy sort of face – narrow eyes and long thin nose, long thin lips; he grinned a lot, showing his bad teeth and a gold-stopped one on the left of his upper jaw. He had a loud check suit with padded shoulders, and a perfectly ghastly tie with large patterns on it like drawing room curtains. He had two flashy rings on his right hand, and a habit of flopping this hand at you while he was talking. He was a narrow wriggling sort of chap, from top to bottom; like a dressed up eel. Or a snake.

Day-Lewis was inspired to write the book after seeing a French film, Nous les Gosses, and obtaining permission to use its starting point for the story. He is said to have based Otterbury on Sherborne in Dorset. He went to the public school there and later married the daughter of one its teachers. At Oxford he was part of W H Auden’s circle and later became a card-carrying communist. He renounced his views fairly early on after Stalin’s purges in the late Thirties. He went on to become Poet Laureate and a successful crime writer under an alias, as well as siring an Oscar-winning son.

Although the book is written in the first person by a boy called George, little bits of Day-Lewis’s poetic talent seep through the performance. On the summer morning they hold their fundraising drive, George gets up early and looks out of his bedroom window:

The sun was just rising. Otterbury lay asleep, with that hazy look that promises a fine day to come, oblivious of the great events soon to disturb its ancient calm. The Abbey tower rode the morning mists like a galleon’s poop . . .

The book is illustrated by the great Edward Ardizzone, whose drawings in hundreds of books beguiled generations of young readers. I was already a fan, having discovered him through Stig of the Dump. Master of atmosphere, character, cross-hatching and incident, Ardizzone could not have been bettered as a visual interpreter of Day-Lewis’s words. Almost every drawing in the book is a little masterpiece of the art of illustration.

Every now and again I revisit Otterbury. It’s a nice place to hang out. You change over the years but, thanks to the magic of art, it doesn’t. There are no drugs, sirens, graffiti, ‘ishoos’ or demoralised nastiness, nor, moreover, are there any contrived homilies borne of the author’s own hang-ups: Leftist Day-Lewis, perhaps, keeps his opprobrium (a word I learned from The Otterbury Incident) for capitalism contained in the portrait of Johnny Sharp and his associates. One of the villains carries a razor called Slasher. But as in any good detective story, wrong is righted and the world set fair again: we know that he will not be in town again a week later flouting the terms of a supervision order.

It all adds up to 158 pages of charming fun with an exciting finale. In my copy the editor of Puffin Books, Kaye Webb, writes: ‘It’s a very good story and we think everyone between 9 and 12 will enjoy it – girls as well as a boys.’ I still enjoy it and I’m 48. I think you will too.